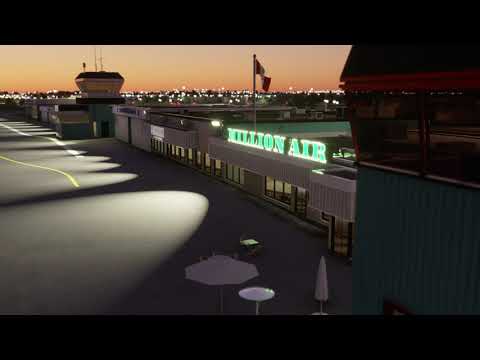 That one was difficult to master… Took a lot of time, but I think I finally got it properly figured out. In the end I have actually modeled and rendered different interiors in full 3D in Blender, matching correct perspective of the MSFS SDK sample. Then converted it to flat image and edited in Photoshop, created front transparent image for tinted windows with occasional blinds, then created several materials to combine it, plus some creative UV mapping and voila! Looks just like a modelled 3D interior when moving, and can be spread between several separate windows. Amazing! Great job making this available for developers Asobo. It’s an ingenious way of improving the look of the models without a heavy FPS penalty.

The rooms look totally 3D in motion, but in reality these are just 2 images: transparent smoked-glass window with blinds, and the flat room image behind it. MSFS magic makes it seem like a 3D room behind the glass. Just as long as there is nothing too close to the image edges as it would become too distorted when looking from the side. Glass does proper reflections and tint in the daytime, with interior faintly visible, like it should be. I created another parallax material with a very blurred background to use for generic windows - used on the glass door here. It creates some movement and sense of depth and even has vague human shapes, so it adds depth without having to match or repeat interiors for every window. Just move UV map a little for each window and it looks different enough not to look repetitive.

This is one of several variation of interiors of generic airport office rooms that I have created using some free models from all over the place and some custom modeling and lighting and texturing with PBR materials. Took way too long for what is essentially a simple scenery building window, but the result looks stunning (well, at least to me) in motion, especially at night when the same room image repurposed as an “emission” texture makes it glow at night. And if I keep making sceneries (hopefully, if there is enough demand for Canadian GA airports) I can reuse those variations and quickly create new ones. 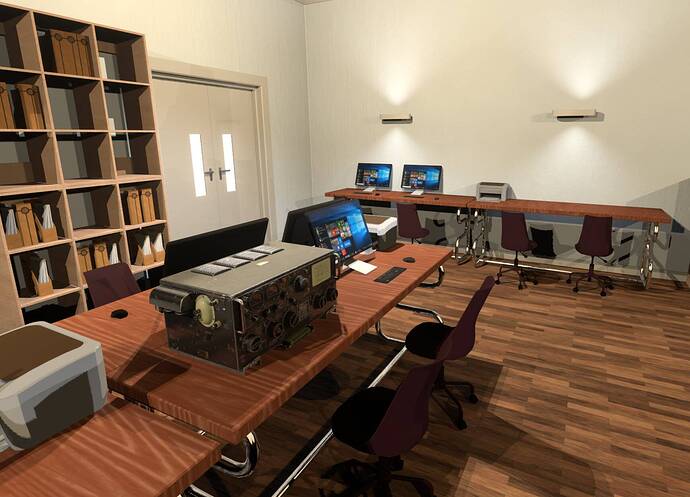 P.S. Check out my Brampton-Caledon Airport - it also uses parallax windows, but in a simpler form, created entirely in Photoshop. Oh, and the photo in this post is of the CYKZ Buttonville airport I’m currently working on…

A Video, showing the 3D motion effect would show it off …

GOT to ask … what is that Vintage radio" ? Looks pre WWII

Very cool looking, but totally “DATED” ? Doe the Airport have a Museum. ?

Didn’t have time to do a video, can do it later. But my GPU is old and I can’t buy 3080 or AMD 6800XT as they are simply not available. So until I get one of those, no butter-smooth videos… Radio is a model of a Russian military radio. 60s to 80s style, maybe still in service, built to last. The model was free and it looks cool. You can’t really tell such small details when looking through the window in the sim. It just looks like a radio with knobs from far away. The close-up image is from Blender and is not used in the sim.

The RF Bandwidth on that old radio would Bleed over multiple Aviation Com Channels !!!

LOL, so is the bandwidth of my Chinese Baofeng car UHF/VHF radio and a walkie-talkie. It overlaps emergency response frequencies, ATC etc. It’s not the bandwidth, it’s how u use it (or don’t, actually)

A Video, showing the 3D motion effect would show it off …

could you create a tutorial on how to do it?

Doing a good tutorial beyond what I described would take a long time, and I’m trying to finish my CYKZ as soon as I can, so I’m pressed for time… Also, it sometimes works for me and sometimes it doesn’t, so I end up copying the face that works and changing the images. I still don’t know what makes it work and what doesn’t eventually, so not much of a tutorial that would be - I literally tried following my own workflow and getting to a non-working result more than once. Not sure why…