Never see a single one in my life. lol

We have them for the Steam version as well. Some work. Some are granted when you’re not even fulfilling the requirements for it. Others just don’t work at all and you’re not able to get them.

Achievements don’t have any material impact on the gameplay itself. There are no unlockables or upgrades for example. (And definitely no effect on ATC)

I think a lot more than 1 million, given there were 2 million in December 2020:

[Microsoft Flight Simulator Stats] Looks like the sim is doing great, so congratulations devs for this massive achievement. Two million players in a few short months is absolutely groundbreaking for a flight simulator and this will create a thriving market for a lot of people to create airports, aircraft, and more, bringing this sim up to even greater heights. It’s such a pleasure to see the flight simulation scene alive and well again after over a decade of obscurity. Upward and onward n…

How many still here is another question, although Jorg said numbers had doubled since summer 2021

Actually, I was kidding about ATC, but really wondered if there was some kind of “reward”. Now I understand. Thanks very much.

Lots of cool seaplanes coming as Local Legends and Famous Flyers! Any talk of improved water physics in the Q and A?

tldr; need pitch control on the water so we can realistically simulate takeoffs, landings, and idle/plow/step taxi. I recently got my real-world seaplane rating in a Cub so I thought I’d try the seaplanes in-game - namely the Cub Crafters X Cub at Renton Municipal Airport (KRNT) and the adjacent Will Rogers Wiley Post Meml. Seaplane Base (W36). The water physics in-game is a bit unrealistic and needs improvement in takeoff, landing, and taxiing. Starting with takeoff, in-game it feels like the…

I have apparently 24 out of 43 though… never paid much attention to them. Too “gamey” for my taste, and not important.

Yes, the twitch channel has 28,8k followers, so I suppose it’s not too bad. Not everyone is so passionate about the sim that they follow these things live. I for one am not following the channel, and am watching the stream only now after it was live.

Really?
I would expect at least 10% would follow. So out of the 1 million customers, wouldn’t that make it about 100,000 subscribers?
I think it’s more like a bump & run. People check it out for a minute, then many just end up leaving.

If you want to know how many people are actually using this sim, maybe the views of this video are closer to reality? 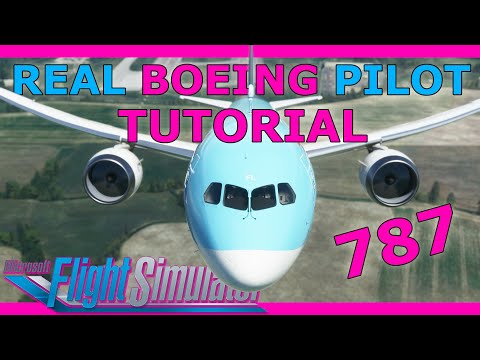 Does DLSS improve performance of AMD cards? I have an RT5700XT.

AMD uses FSR. It works great if implemented correctly but if there is a DLSS setting only you‘re out of luck.

Over one million copies of MSFS 2020 have be sold

What about the approximately 60-80% of buyers who, according to analysis, no longer play the game or only play it very rarely. Are they all happy too?

Sorry, I always have to put the brakes on these “millions”.
The statistics, outside of Microsoft itself, show real numbers.

Only those cards that support DLSS, unfortunately yours doesn’t.

I just read FSR is compatible most cards including the 5000 series. The article also said it’s compatible with NVidia cards too.
Hmmm

I’m aware of how many players there are here, thank you.

Doesn’t much matter at this point if former players are happy. Current players drive the subscription and 3rd party business model.

New to me but even better then.

DLSS however is not compatible with my RT6900

It was surprisingly simple. There were a few communication issues on our side as we’re in contact with so many plane makers and we didn’t understand the question originally as it seemed so simple. Other plane makers had resolved it. The issue was basically how to know when the sim loading is over, but the sim is always loading since it’s streaming in something. In the SDK for a year or so there is a camera status to let developers know if the sim is interactive. There’s also a sim variable if you have input or ran by AI. Nothing really to do with complex aerodynamics and more to do with loading. It took us time to understand the question since it seemed simple. The answer was in the documentation, but once it clicked, it was immediately resolved.”

So PMDG guys are just stupid boys who do not read the doc ???

FSR is an AMD technology. Rather than using dedicated hardware to upsample, it uses software. That’s why it works on all recent model nVidia cards as well.

DLSS is a proprietary nVidia technology that uses the AI cores on the GPU to do the the upsampling. That’s not AMD compatible.