What was said about new xbox aircraft

This was huge! I really recommend everyone interested to watch this section of the Q&A. Seb did a great presentation of lot of stuff like prop wash, wake turbulence, feathering etc. Really impressive things, that I’m looking forward to! They will implement these improvements over the coming sim updates and it will be available for 3rd party devs too!

Can be more 6months to get the DC6 flying on Xbox… they have to open xbox system for more external code.

Achievements is NOT broken! Move on lol

The airflow and prop feathering presentation was really impressive. I’m just curious to know if they will affect people we fly with in multiplayer.

Did they say anything about helicopters?

I wonder if the delay with the DC-6 means other planes coming to Xbox will be delayed as well. Curious… 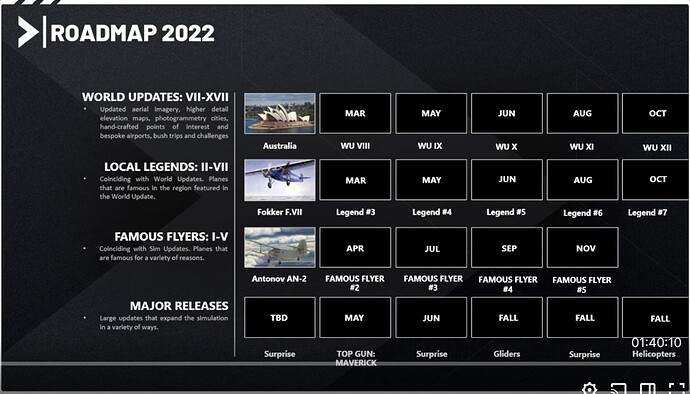 Implementation is lacking big time though.

Disagree. The Devs are doing a fine job, What a product!! I’m approaching 1000 hours of pure fun!!

Yeah, they demonstrated the new airflow and prop modelling that will facilitate the release of helicopters later this year. Those improvements also filter down to airplanes.

They are, and it’s well documented.

Excited for AIRLINERS and excited that DLSS is confirmed and coming to the sim this year. This will alleviate a TON of people’s performance issues!!

I was disappointed how little / zero time VR gets. In my opinion it is the best way to enjoy the sim and appreciate the stunning scenery and cockpits, but it seems to get so little attention. Even surely just a couple of dev hours could significantly improve the VR controller implementation, which is not flyable currently (I have explained some reasons why in my q+a topic which was not answered. But a Dev/tester would quickly find the issues simply by trying to complete a flight using the VR controllers).

Due to questions in the chat, at the end Jayne asked if they could say anything on VR, they said they will talk next time so fingers crossed some improvements . 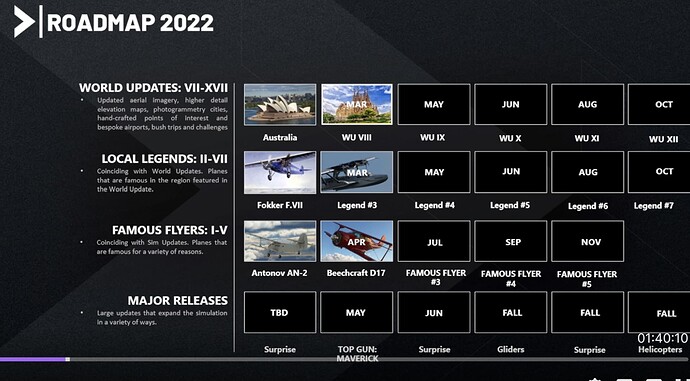 My understanding is that if the plane uses C++ in the way that the DC-6 did, then yes. But maybe if the plane was developed from the start to work on Xbox, then no.

I was disappointed how little / zero time VR gets.

I’m not a VR user but even I know VR has been ignored recently based on the number of comments and threads. Hopefully there’s a better update for you guys soon.

There will be again a beta test for the next Sim Update.