Nasty FPS drop and lagging on take-off and landing

Deleting those 2 folders didn’t work for me.

I have lag/stutter from the cutscene and once I am in the air continuing to have more lag/stutter, I quit. It’s not a little, it’s a lot.

I’ve had that loading circle since day one and the frequent stutters that came with it. After the last update it’s gone and all the planes and heli’s fly smooth as glass.
The stuttering would get worse when flying close to the ground, landing and near other live planes making it very difficult to fly, especially the helicopters. Since the last update, I have no stutters or the little circle spinning around in the lower right hand corner appearing every few seconds. It seems like whatever I had that caused the stuttering for a quite some time is gone.
I’m sure they will fix this problem for everyone who has it now.
I didn’t report it because I believed it was my internet speed and/or old computer causing it.

The irony of SU8. My sim didn’t really have bugs or issues that bothered me. Today I now have 3.

Whatever Asobo has done, I have the little white ‘loading circle’ on the down right corner every few seconds now (and then the sim stutters). This wasn’t the case before (SU8). Don’t know what this should do (better). And it is kinda disturbing to be honest.

Thanks for the tip. I already have FSUIPC configured like that for some time now. So that’s not the reason. I’ll try to sign out and in again. See if that helps.

Sorry, didn’t do anything.

same issue for me

On your FS options, go to developer section and activate developer mode. It solved the problem for me.

Can confirm, the Captain Sasso trick has netted me a significant improvement at airports.

Taking off at KLAS last night… very stuttery.
Today after fix, same airport, much smoother. Probably the best I’ve experienced in quite a while, maybe ever.

I have not had general stutters throughout flight or on the ground but I did have the issue this topic started with - a very large stutter/lag/glitch as soon as the wheels touch down for landing. Unfortunately the fix of deleting the 2 files did nothing for me. Completely breaks the immersion at a critical part of flying.

Deleting this folder and file didn’t work for me. Smooth behave the whole flight until the approach Phase. The FPS decease immediately. The FS is unflyable. It does not matter flying 4k or HD.

Deleting the file and folder worked for me. No stutters now.

Literally i have 0 fps problems all flight but the moment my aircraft is about to land i drop down to 6 fps. This is new…

Thank you so much. Had suddenly lots of stuttering days after installing SU8 with no issue, then horrible stuttering started. Was about to let go MSFS since I feel I spend more time to troubleshoot / install add-ons updates than flying but you saved it

Thanks a tonne mate… It’s working it seems…

There is another fix available, that with a doubt is making a great change in ground fps and general smoothness. Check this thread FIX

After a lot of attempt I found a solution for me. I deleted the Navigraph Charts In Game Panel from the Community folder. That helped me. I have done a lot of flights with and without this addon, so I can confirm thats the reason for the FPS drop on my system.

I’ve come up with a solution for me as well - it was ORBX’s Innsbruck airport, unfortunately it’s basically unflyable with it. 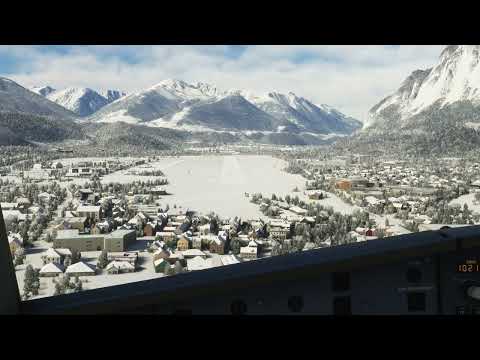