I change the UserCfg with your values. Doesnt work for me. I still need to change the desktop first.
But this NIS mode still doent change the FPS in MSFS for me (and for some others i read). So we have to wait on ASOBE. Perhaps they give DLSS a try.

Try resetting back to defaults or closing nVidia Control Panel and see if the crashes stop. Eliminated my CTDs

CPU Limit then. Classic case, if FPS stay roughly the same with lower resolutions, you are in a CPU limit. No chance to get significant more FPS without lowering settings

Thanks. Your absolutely right!
I am on CPU limit. (limited by mainthread). I checked it with dev mode FPS counter on screen and set the sim to lower CPU heavy and more GPU heavy. I set the buildings and terrain slider somewhat lower and also the precaching on medium. I also overcloced my CPU somewhat from 4600 to 4800Mhz. The fps counter gives now limited by GPU

Hello, I couldn’t help but notice your view (and “eklester’s”) that “prefer maximum performance” in NCP is not suggested. I have to admit that till I ready your post, I had mine in this setting having followed other people’s guidance but now I tried all three options, namely “Prefer Maximum Performance”, “Optimal Power”, “Adaptive”.
I am getting the same performance in terms of FPS in all three as I lock it at 30 in NCP. However, GPU performance metrics differ as per attached table. My question has two parts:

a. Do these differences make sense ? 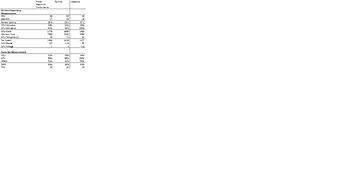 Hello everyone, We will have an updated build releasing to you later today. The new build is version 1.21.18.0. This build fixes the crash to desktop issue for players using the latest Nvidia GeForce driver (497.09) and also includes updated AIRAC data. To download the new build, please exit and restart Microsoft Flight Simulator. If the update does not automatically trigger: For PC players: Please restart your PC If that doesn’t work, try signing out and then back in to the Xbox app For Xb…

Please note the new build is for those players participating in the Pre-Release Test. This is not being deployed to players on the live build.

I see vertical sync in the NCP but I don’t see G-sync. Am I missing something? Thanks

You are missing G-SYNC or a G-SYNC Compatible display.

Hmm? I think I would just uninstall/re-install your driver or install/uninstall G-Force Experience manually.

I am not aware of any bug that stops GFE from working?

1 Like
GeForce Experience no longer works ? SU7 after
[TEMPORARILY SOLVED] CTD while loading a flight or within 1 minute after loading without any error message
TangledBinkie44 December 20, 2021, 2:43pm #1159

497.29 out now and it looks like the crashing and purple / blue patches are fixed.

Not available at Guru3D at the moment.

Fixed Issues in this Release

This new Game Ready Driver provides the best day-1 gaming experience for the latest new tittles including GTFO as well as the latest update for Horizon...

Thanks for the heads-up!

Well that was fun, I wonder what the next catastrophe will be

Here is the start of the Nvidia 497.29 ‘feedback thread’ from the Nvidia forum website.

Thank you goes to TangledBinkie44 who looked after us today!

I used a clean install of my driver and I am using an old MSI GTX 1070 OC which performs amazingly well at 1080P.

[IMG] Description: Geforce Clean Version GTX/RTX drivers are cleaned from all the unnecessary bloat NVIDIA has added as of late. Only the core...