I would do a complete uninstall with DDU Uninstaller and then install 511.23 again.

I have been impressed with the performance and fluidity. Also, no more annoying frequency changes that would leave the screen black for several seconds when switching applications and, most importantly, no more mouse freezes when closing MSFS or any HDR application.

For me, the experience is amazing (I have Windows 11 Pro).

I hope it helps.

Same here, fluidity and performance are as good as they’ve ever been (fingers crossed). I have not been getting CTDs in SU7 or Beta, so that was and still is not an issue luckily for me.

It should be mentioned though that I just also updated my BIOS (ASUS Z590) and cleared the DX shader cache. Pretty sure that will have helped.

where can i delete the dx shader?

I think clearing the shader cache can cause some stutters while the cache is recompiled.

I uninstalled the previous driver using DDU and manually edited the driver to remove the components that I did not want.

HAGS ON and OFF makes no difference on my system. HAGS ON does not cause a CTD on my system. I am not using VR. I am running on ULTRA settings and found no increase or decrease in FPS, that was measurable with my eyes or FPS monitor however, these drivers may be producing smoother game-play especially at lower FPS.

After enabling HAGS I did notice some unusual screen flicker while the MSFS 2020 ‘Menu’ was open. This does not concern me because I am not seeing this effect in game-play so far.

I will be keeping this driver installed.

If you want to manually edit your Nvidia drivers to remove the bloat, CaptLucky8 shows you how, (it’s very easy) just follow this link to his post…

I’ve had mixed results in VR with 471.11, but I’m also having mixed results since WU5 as well with lots of CTD compared to before. I’ve had CTD once just clicking a parking spot on the map… Yesterday I’ve tried 471.11 Studio Driver (dch) instead, and it was much better to me, but this might also be due to cleaning up previous settings and bloat: I usually just install drivers over but this time I tried differently: I made a slim version of the driver installer (dch version) in manually delet…

I think this one may be a keeper, I have used 457.30 for a long long time and not change but initial testing suggests 511.23 is good, really good. HAGS OFF WORKS BEST AFTER A LOT OF TRYING IGNORE BELOW COMMENT.
I’ve also found that game mode and HAGs enabled now provide slightly better results.

I’m using Oculus v34 as I found v35 not as smooth in testing, I think that’s because of the extra bloat in it. Anyone wanting v34 it can be downloaded here. https://easyupload.io/vkga3r

I’m 99% in VR, quest 2 with 2080ti. The following tests are done with a 60 second flight out of London city headed west right over the central area.

What is the difference between the Studio Driver and the Game Ready driver for the NVIDIA Card?
TangledBinkie44 January 15, 2022, 2:04pm #1279

Rather than being lazy just go to Google and type in “studio v game ready”.

How is it lazy?

You’ve got new drivers being released almost every few weeks into a sim that can be terribly unstable for most folk.

And I haven’t even started on the ingame options.

Its insane. I don’t want to have to spend my life tweaking for the best possible outcome, I just want to fly.

I installed the latest driver for the first time since I got my pc and the improvements were negligible to the point that was was wondering if it improved areas and weakend others. I ended up messing up my install and had to mess about for a few hours reinstalling be cause I couldn’t roll back.

For my configuration PC, performance with new drivers a little bit better, but I skipped one generation driver (v.497.29). 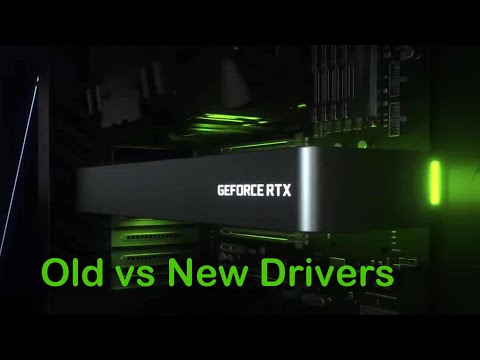 In the time it took you to type that rant you could have googled it and found the answer. Hey ho…

may I ask, how you connect your Quest 2 with MSFS?

I used VirtualDesktop but since this update (and the Win11 Update that landed this morning), it refuses to connect wit my PC - never had this issue before…

I hope I have never said I own a Quest 2, otherwise I am definitely loosing it and will start to worry!

I have a TrackIR which is all I need at the moment and have never experimented with VR. Hopefully someone else will have the answer for you in this forum. You might want to check this link below…

So I’m running a 2060 with a Quest 2 via Link cable and it’s a shimmering/pixelated mess at the moment. I’ve followed all guides/posts on here so far. Getting around 25fps in the headset. Yes it is immersive but it doesn’t look as good as it should. My preferences in the Oculus desktop software are: 90hz refresh rate Rendering at 1.0 Debug tool: FOV stencil off Asycnchornus Spacewarp to off Everything else default What is everyone running and what settings did people use to get it at …

I connect mine with the Link cable direct to the USB C port on my 2080ti. Other than the fact it makes me establish the link to the Oculus software twice for each new sim session, it has been flawless. I always turn my headset off when not in use, so it may have something to do with booting it up and pressing the Link button too early. Doesn’t bother me because it adds about an extra 5 seconds to getting into the Oculus desktop.

I thought that might be the case, mistaken identity.

Hardly sounded like a rant to me, he’s right in the time it took you to make that post you could of looked it up. Just as bad as the people that come on as say ’ hey new video driver is out, install it and tell me how it is.’ If you want to know how it is install it and then come tell the community how it is…

Did you find something to temper this? I agree the white is super intense!