Well done for releasing the patch so quickly but if Aerosoft had released the aircraft in its present state it would have avoided them having to be short and condescending to some of their customers.

The Aerosoft Updater has been released as well now. So should be good to go on both platforms.

So, I managed to get it updated by deleting the CRJ 550/700 and re-download and installing through the Content Manager. Seemed to work, but now I get a CTD every time I load a flight. I’ll try a few things to see if it resolves it.

Update: I removed 11 liveries all 3rd Party and it seems to work so far. Now I’m missing the United Express livery from the 550, which I never removed.

Same here. Did you get it resolved?

Had no pb on the first place with throttle but since this patch the FD is off… If you try to hand fly following the horizontal line you will start to descend while your in climb position. AP and FD disagree on every phase of flight. There is a topic about that on aerosoft forum but no one seems to care.
I was really happy with this bird before the update. Don’t understand how a bug like that can be ok for release.
Fortunately I’ve kept the 1.0.1 version and will reinstall that… and wait… and hope… like always.

I have a single axle throttle, but strangely enough, I didn’t even have that problem during testing…

OK it’s fixed for me now. Not sure if it’s hotfix related since it’s not exactly what was described in the release notes. I suspect a livery conflict. I again completely uninstalled the CRJ4, removed the aerosoft-crj folder inside localstate, removed all 3rd party liveries, reinstalled the plane and tested. It worked ok. I readded all the liveries, still working. Looking forward to flying now instead of fiddling around with folder and files

I also installed the update today, in Marketplace. As a matter of fact, it was a complete re-install.
I did not have to recalibrate throttles, my old settings were still there. Also, I did not delete anything in my MSFS setup before updating. I just did the regular update process in content manager.

Hey mate! i tested the following things so im inclined its a marketplace version only error, they might just forgot to add it haha

1- Yesterday this particular download was buggy as hell specially with 3 updates rolling in such a short period of time they went from 1.02 to 1.04 so i downloaded again today with no success.

2- Checked the folder of the msfs where all addons are instaled (steam version for me on another drive) and the folder corresponding to that livery just wasnt present.

3- Removed all the content on comunity folder just in case but the missing livery was still missing. 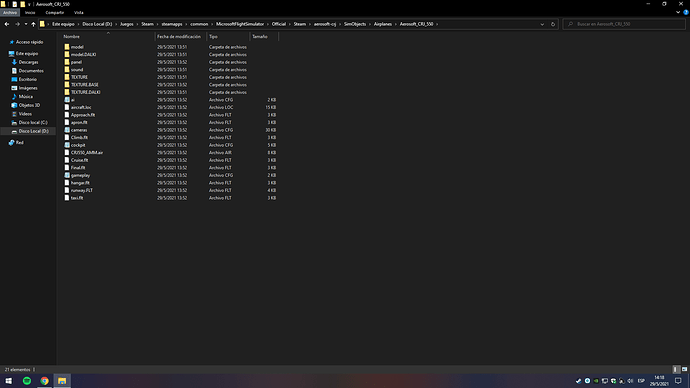 Aerosoft didn’t anwser me on their forums =( 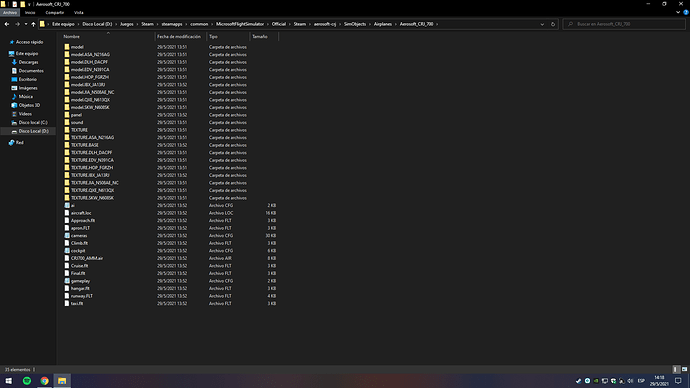 Please mate can you check if you have the United Express Livery and let me know?

Yeah but i want to know if you can see it, because the 550 originally comes with 2 liverys, the red one with D-ALKI and the United Express Livery and after the last update me and other people can only see the Red one available. So let me know if you can see both of them please.

My United Express livery has gone. I have read of this happening with others

I don’t have the United express livery crj 550

It seem to be a problem for all liveries : i just added other liveries but only the red one is available. The content manager show all installed, but not in the aircraft menu where is possible to select different livery.

No at my PC right now…

But indeed, after the update the red livery is the one you see when you pick the 550. Before, it was a blue livery and it was an additional step to select the red one…

Yeah looks like its a common problem, at least for marketplace customers. I hope it gets fixed in the next update!