I’d recommend it. Everything is fine. It’s pretty good… The sound is default Asobo Bonanza.

If anyone has tried this plane in VR, would you please let me know if its VR ‘compatible’? Meaning, can you click on things in VR with both eyes open, without seeing a double mouse pointer?

Unlike all default Asobo planes and approximately 1/3 of all 3rd party aircraft, this one does not support VR Cockpit zoom functionality (zooming in to see instrumentation clearly) I can’t comment on other VR mouse operation issues as I haven’t bought it due to the above shortcomings.

Come on guys! We VR users are a growing set of customers.

PSA: The Debonair has been updated! Version 1.07 is available on SimMarket as of today. As with their prior updates, they instruct you to install 1.00 and then the 1.07 update. Everything below is from the developer:

Still no corrections to the exterior model?

I cannot any more start the engine using the START switch. I have to use Ctrl-E.

Custom camera views have to be redone.

EGT needle only barely moves when leaning in contrary to before the update.

They recommend uninstalling and then reinstalling V1 and the update - what’s the ‘right’ way to uninstall the BRSims planes (bought through Sim Market)?

I now uninstalled it and installed as recommended. The EGT needle now works as expected and starting the engine also works.

The custom cameras are again off.

Only problem I have is the loss of CHT. Did an uninstall then reinstall and applied the update.

We are working on implementing the GTN750.
It will be released in the next update as well with some minor fixes.
Don’t mind the textures, they will be replaced. 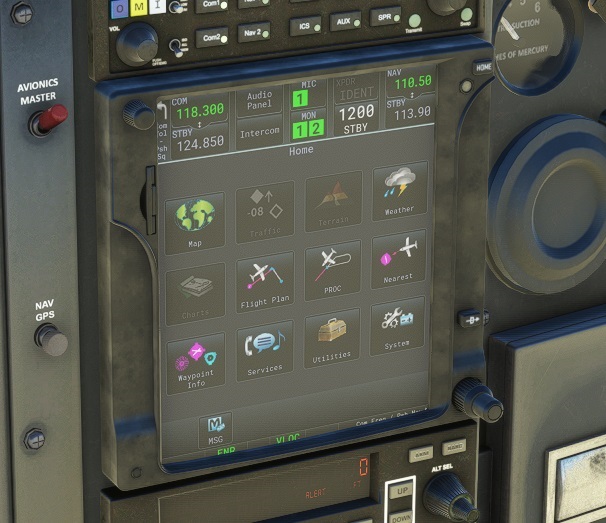 Correct the quirks in the exterior model like the snub nose on this and the V-tail and you have a purchase from me.

New update is live, and I’m pretty excited about this one 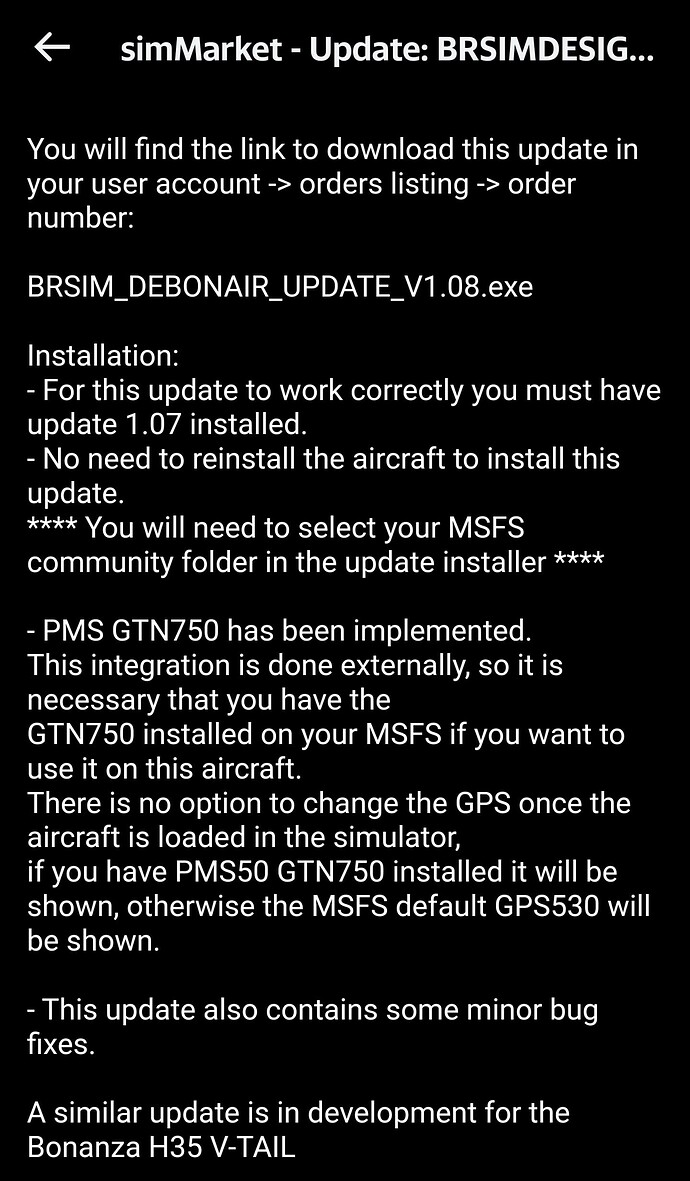 No this plane is not VR compatible unfortunately and I would say strangely…Not sure if the dev is in the forum to tell us whether it will fix this at some point.

Also from the video it seems like the seat is for people with no legs (looks like it is about 5cm in height which makes me thing the whole model is out of scale…weird for a payware, however it seem from some videos on YouTube before was the contrary, probably the 3D model was scaled down without looking at proportion.

It would be good if fixed as it seems nice, for the price I would expect the above to be standard.