That is some crazy flying there… I am in awe when he flew sideways a few feet above the runway … incredible … what a great pilot and airplane !

My review of this thing: 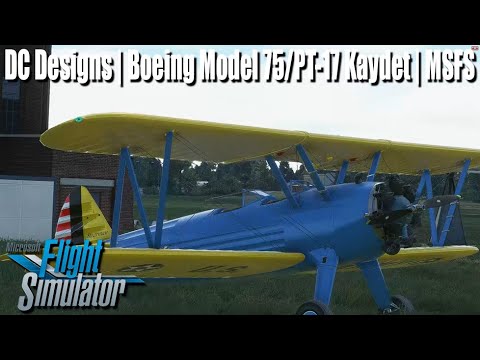 Flying the bird… I’ll make it quick because no autopilot

I have access to two Stearman that were restored to original configuration as far as I know. One was a trainer for the Tuskegee airmen.

We also thought that the roll rate was too high, until we saw some of those aerobatic videos - the snap rolls seemed incredibly quick in real life, so we left the aerodynamics for that as it was.

I’ve taken it up for a few short flights now and it’s pretty good. 3D model isn’t the most detailed but it is good enough, the engine model is really nice though. Textures are also pretty decent. The sounds are really good, engine sounds great both inside and out, switches click and clonk and when you push it to the limits you get some nice creaking and groaning from the airframe. Not a fan of the font used for the cockpit labels, also the stick looks a bit off centre to me in the neutral position. Nice selection of liveries as well although the thumbnails don’t do them justice. The silver livery kinda reveals some iffy reflections in some points but that’s probable an issue with the sim.

It’s pretty simple to fly, no major problems with taking off and landing, trims out nicely, did a few loops and rolls and other things and most things seemed alright. Rudder seems a bit off though like its only applying a tiny effect at full deflection and cross controlled flight felt really off. Ground handling felt a bit sluggish too for me. That aside she’s quite nice to fly and have fun with.

It’s simple enough to start up and get going and there’s a built in checklist which is always nice, some devs don’t bother with that grrr! The manual is pretty nice too and it tells you pretty much everything you need to know, is well written and has a nice section about VFR navigation.

All in all I quite like it and its a welcome addition the small but growing collection of vintage planes in the sim. Also it’s only 11 quid so what are you waiting for? Go buy! 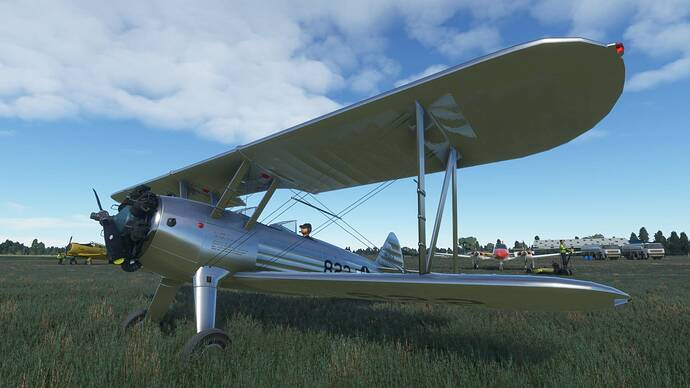 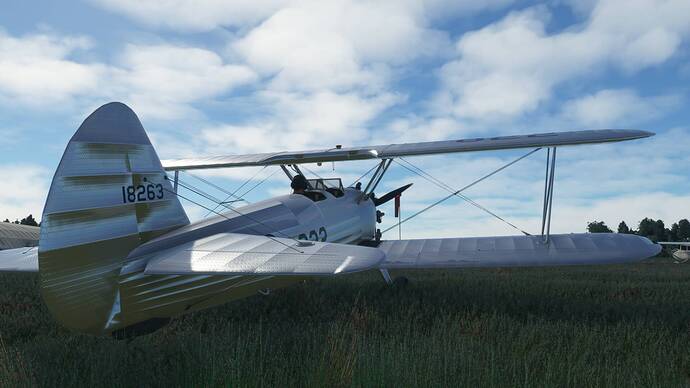 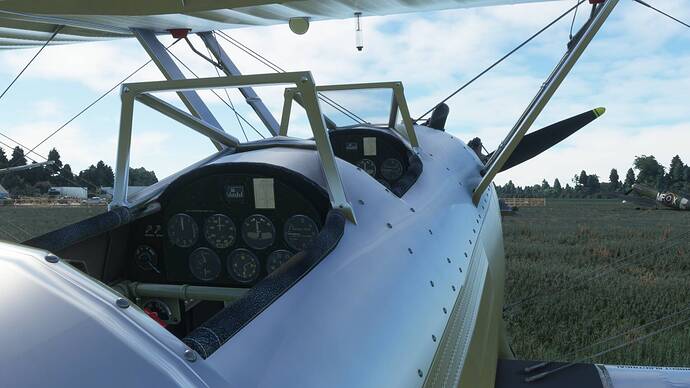 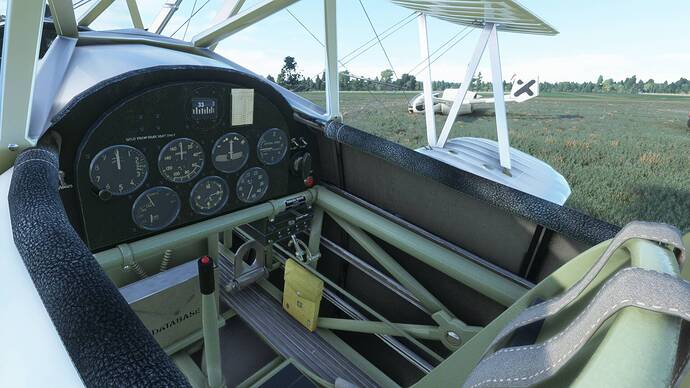 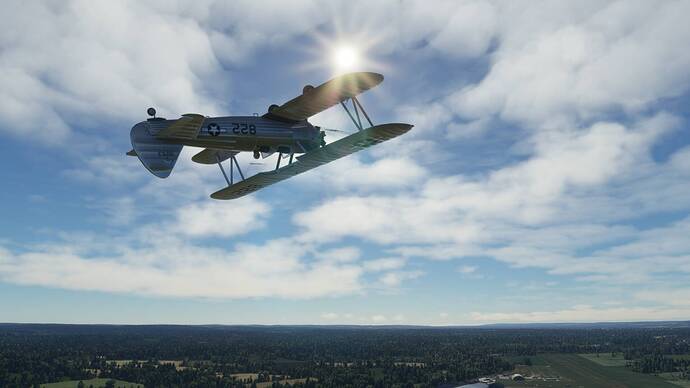 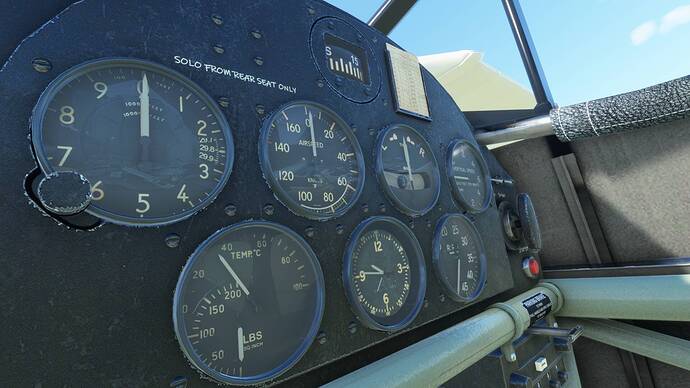 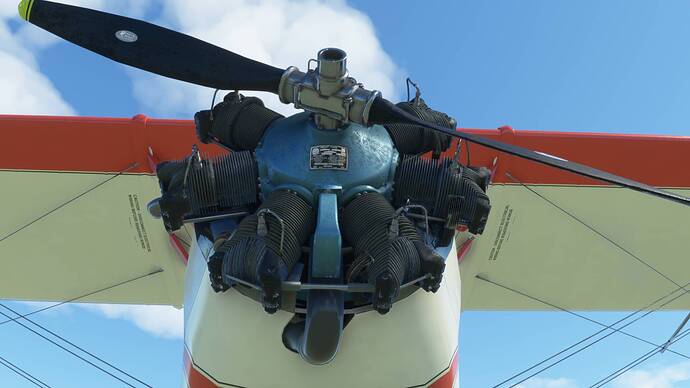 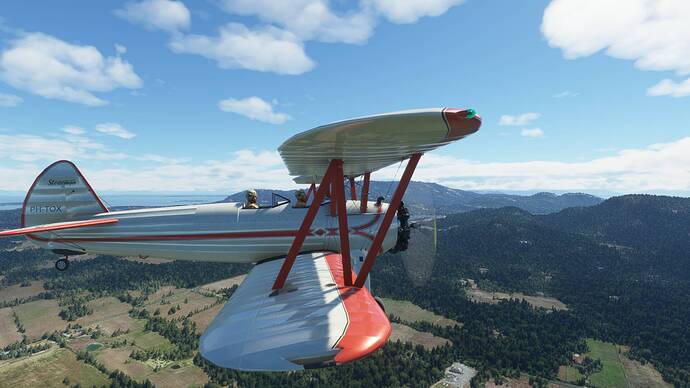 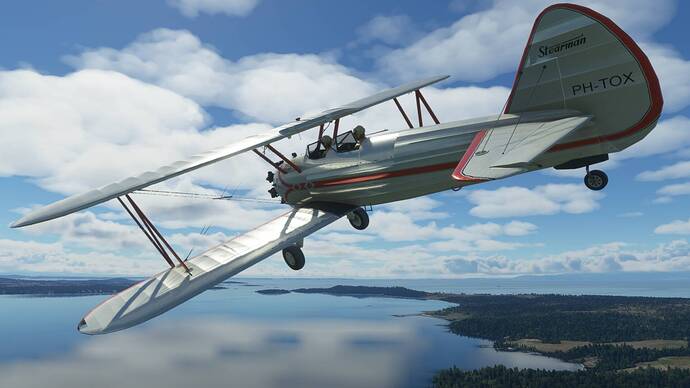 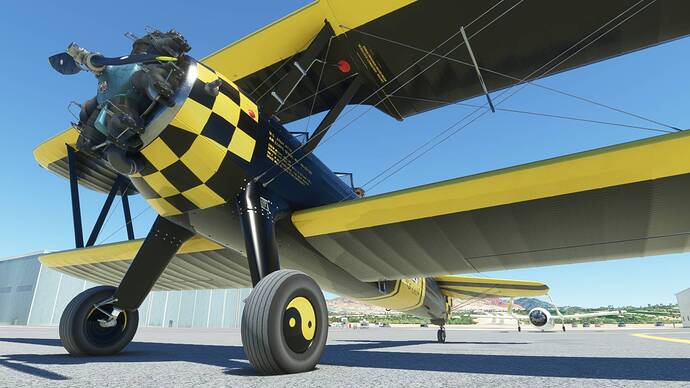 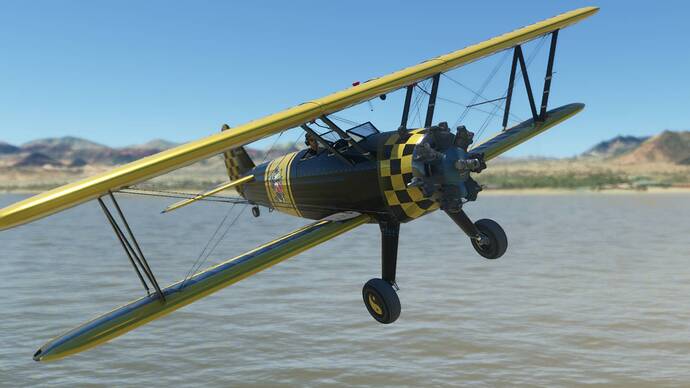 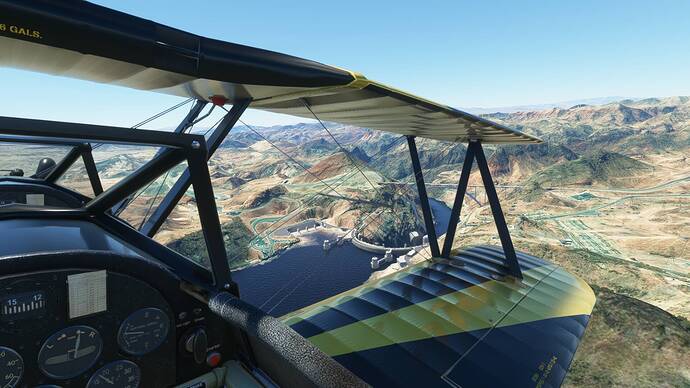 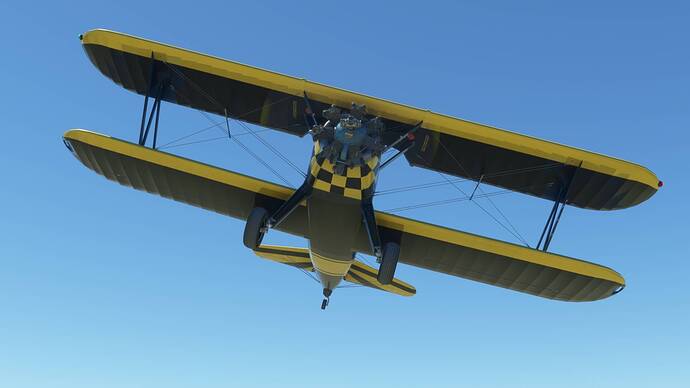 Takes a bit to slow her down though, had to go around on my first landing attempt as I was going a bit too fast, and then another go around because a poxy AI plane was taking forever to get off the runway lol

the only way to roll like that is with 4 ailerons - airshow variants have that feature along with the horse power to pull the big Stearman through the maneuvers. A military trainer with either of the 220HP engines, the Lycoming or the Continental need a nose down runup to have the energy to loop and do aileron rolls and they would usually ‘fall out’ of the loop at the apex, just a bit, for lack of energy…

From the video I also see that your elevators are incorrect. The hinge line runs straight from the horizontal stabilizer root to the tips - they are not cut off at the outer ends. 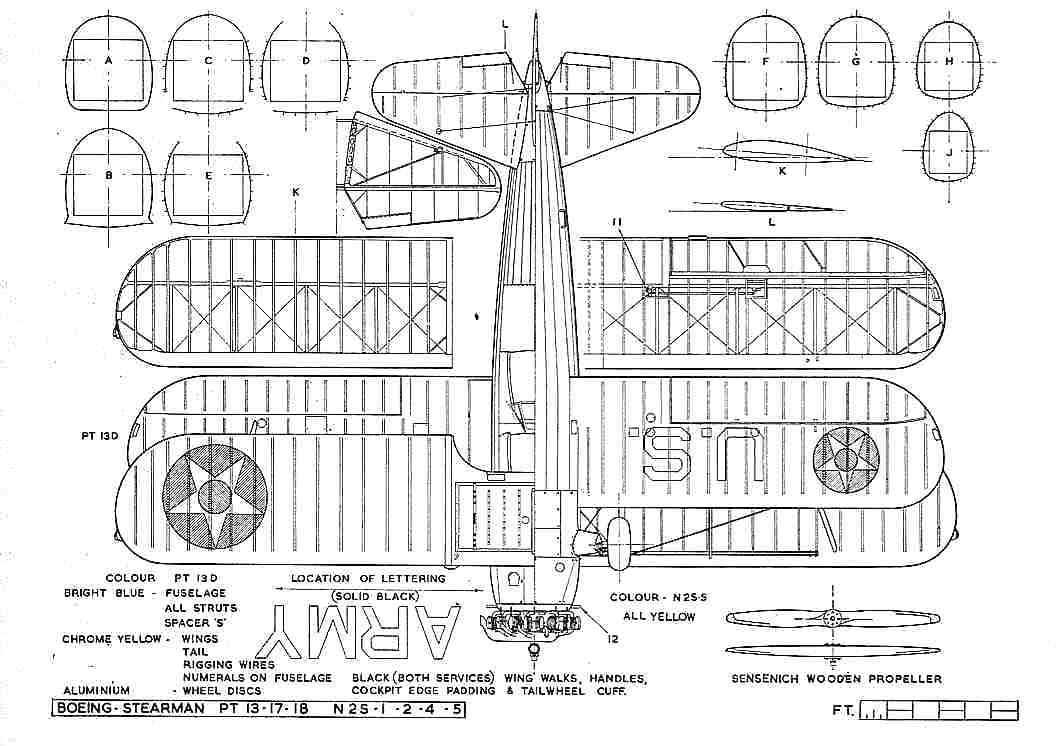 Good point, I hadn’t considered modifications such as extra ailerons.

I’ll take a look at the elevators also - could have sworn the example aircraft images I used had cut offs. Fairly easy to fix though

Nice one fella, just about to purchase this bird now

I don’t want to be ‘that guy’ Dean, I DO appreciate that you are the first developer to bring a Stearman of this type to MSFS - I will most likely buy this for two reasons. I love no other plane more than I love the Model 75 Stearman in any iteration. And because I know you will take steps to improve it toward the level of accuracy it deserves.

John Mohr flys a stock stearman. Only 2 ailerons with a 220hp motor.
Albeit, he is one of the best aerobatic pilots in the world

Check the video I posted above or, check out This Link which has a short little bit of info on the man himself.

Though… I can’t say if this model rolls to quick or not when throwing the stick full chat to the left or right, never been in one IRL, only had the chance to admire them. Did just notice the elevators differ in the sim… Have been having to much fun flying it, it must have slipped my attention 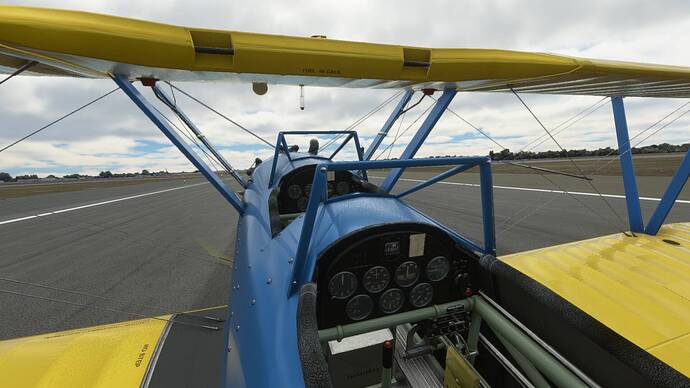 Work is underway, frames have lost a bit of weight, and I also fixed the slight issue of the crew vanishing a bit too early when zooming in close

Will set the propeller spin the correct way and work on the elevators tomorrow. Shouldn’t be too long for an update fixing these issues

This is amazing seeing how quick you’re getting onto the little things. Makes me super happy to be supporting the great work and dedication!

I honestly can’t thank you enough for what you are doing!

Hi again @DEAN01973 and @CodenameJack447 , you are the developers of this really lovely litte plane, correct? If not please disregard.
I’m not sure if you are aware, but there is a glitch regarding the front windshield, the copilot’s windshield that is, in rainy conditions.

The front windshield will start flickering erratically. Same thing happens midflight in live weather when you pass through a rainshower. The flickering stops, soon as the rain stops.

Please don’t take this as any kind of harsh citicism, when all I want is to help improve the product.

Nice addition to the ranks of Vintage aircraft.
TG 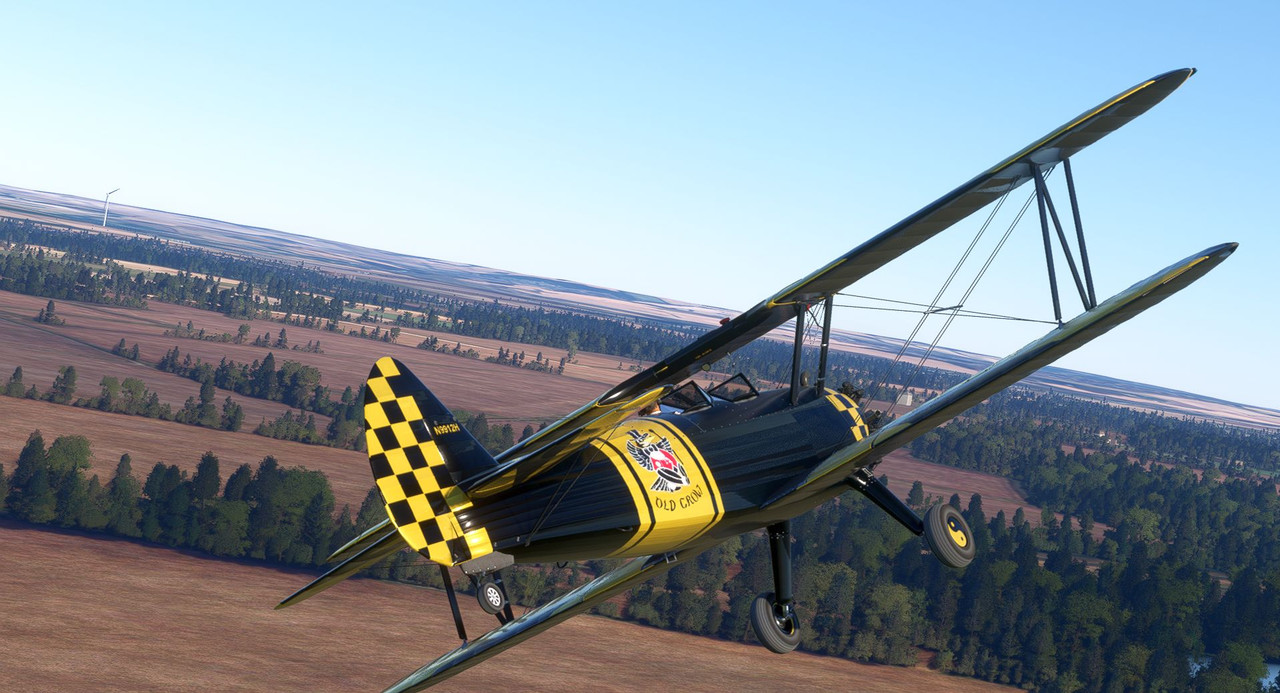 Will it come to Simmarket, too?

Good catch, it’s the rainfall effect being out of scale on the windscreen - fixed by the time you read this

and one more thing…

No matter how hard I slam the brakes, the plane won’t topple over. Not that I’m especially keen on ruining prop and engine, but I was able to do this in any other taildragger. (I’m really not good with taildraggers.)