No, new version on Simmarket yet. And I hope the spinner is optional, because that just looks weird. Most Stearmans I saw had no spinner at all, as was the case in previous version. And when they had it was about half as long and not as pointy.

Yeah, here’s a pic of the floating rivets (the lines of yellow dots): 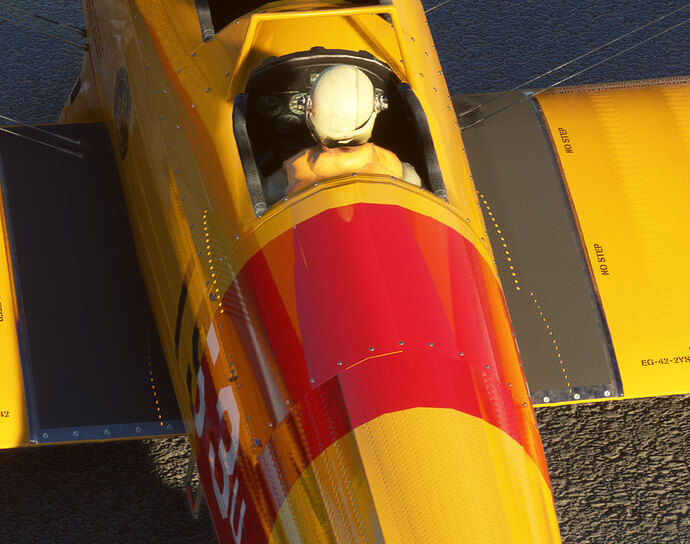 As others have said, I also like the original spinner much better than the new, chrome cone.

I wonder, too, if it’d be possible to update the spinning propeller effect to something like the new Curtis Jenny’s that just got released. They do a really good job of giving it thickness, visually.

Here’s the current Stearman’s spinning prop from the side (which is effectively invisible): 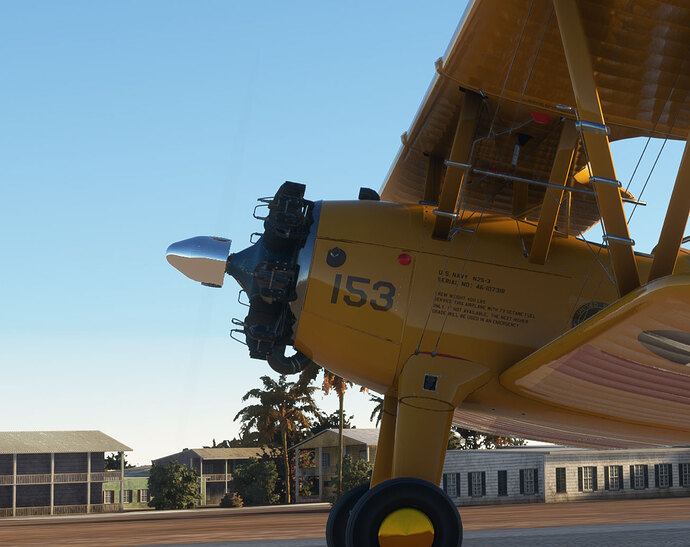 And here’s the new Jenny’s, which is hard to capture in static images but looks very good in motion:

I don’t normally reply here now, but thought I would do so here as this is basically my error ( which I am blaming on having a flu-like bug at the moment ). I forgot to remove the chrome spinner - it should only be on the non-faired Stearman. Likewise, those floaty bolts look like they’re from the engine fairing and have been accidentally copied and pasted further back down the airplane.

Not to worry though. We have new Computational Fluid Dynamics coming to all the aircraft anyway, so they’re all getting a second update once I get over this illness. I won’t add the modeled prop for the Stearman just yet, but it’s on the list to be done

I won’t add the modeled prop for the Stearman just yet, but it’s on the list to be done

Thanks for the info! It would be fantastic if you could make the chrome spinner optional, via a hidden clickspot to show/hide it. I really don’t like the way it makes the Stearman look.

Will the update be coming to Simmarket? 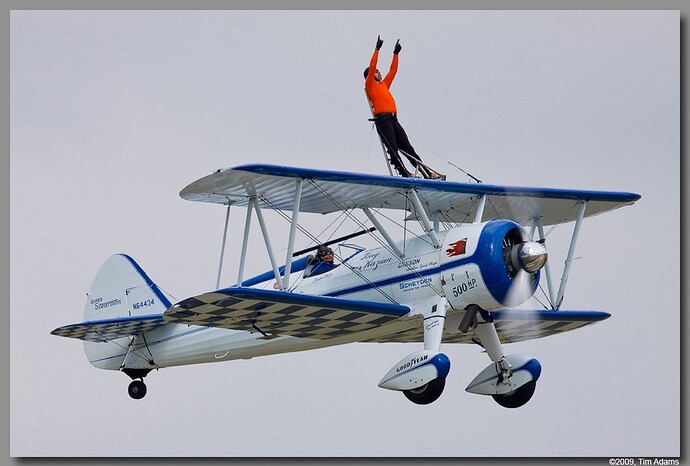 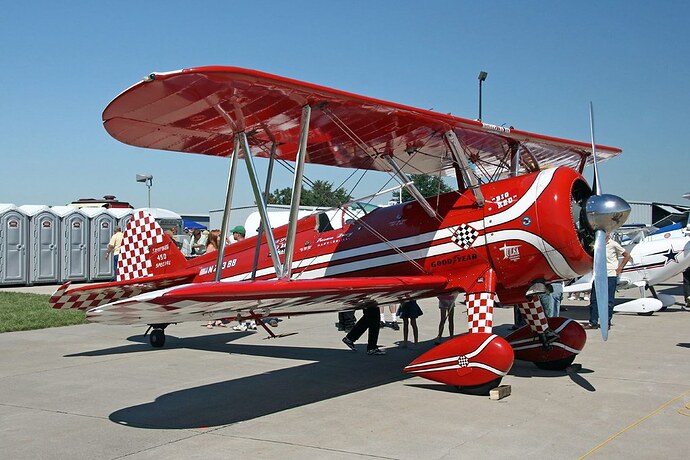 Thanks, Dean! That’s great to hear, on all counts!

sorry to hear that you have been under the weather, Dean - I appreciate all the work you and CodenameJack are doing. Take it easy

fur this version they are right,but not for the other

as said by Deano above - the spinners are for the cowled, airshow ‘Super Stearman’ only and he means to correct that. Should note too that the 450HP crop duster Stearman would likely have a spinner too - not that I want to give DC Designs any ideas 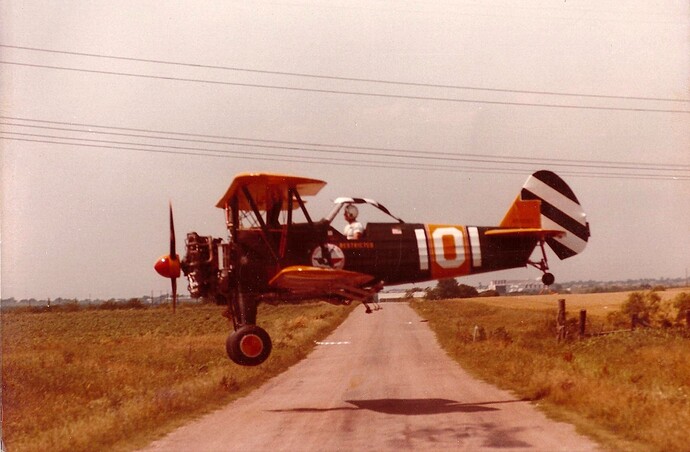 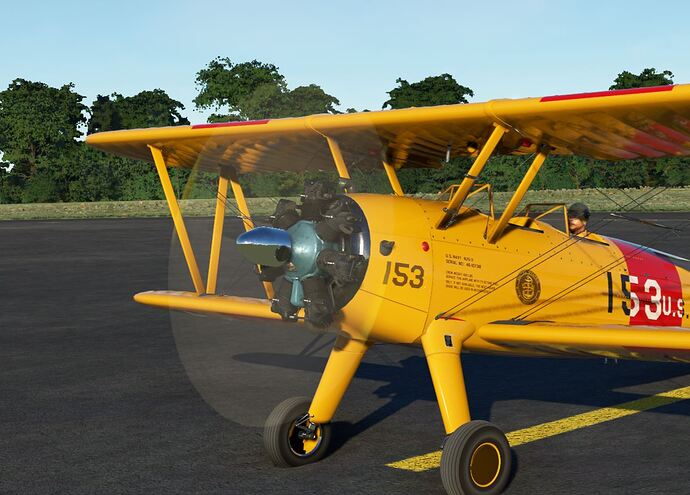 Got caught out by that as well! 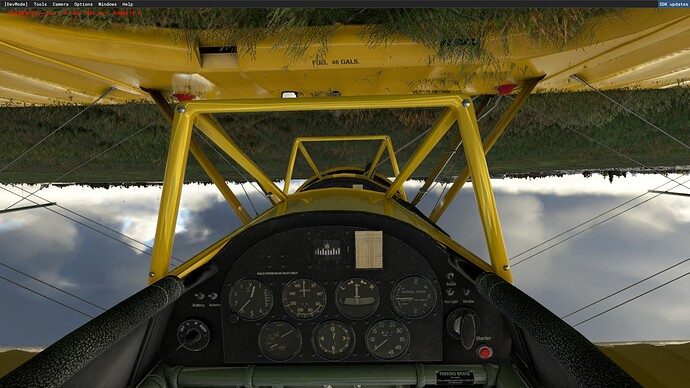 Is this patch/update only available on the Just Flight website? I got my aircraft through Marketplace - how can I get the update? Any help is appreciated.

Marketplace updates can take a while. Seems like it’s usually around two or three weeks.

I, too, have the Marketplace version which coincidentally also happens to be identified as 1.0.5. - no spinners, no floating bolts.

There apparently is an error somewhere regarding version numbers.

I am more than content to wait this out for as long as it takes for our great developer to get over the illness and start feeling healthy again.

Just reading through the v1.0.5 release notes and was wondering what this means/does?

Just got my update to the Stearman on the MarketPlace to 1.0.6

EDIT: yep, I have floating bolts.

Shouldn’t be neccesary. you will or should notice that it is less sensitive in the values ​​closer to the center stick but without sacrificing the maximum roll rate of the plane.

The max roll rate definitely should be sacrificed from what the previous version was capable of… it was about twice as fast as it should have been.

Looking forward to trying the new version though!

I don’t get this either. The problem with the previous version was the maximum roll rate that was way too fast, not the sensitivity itself.

So the update just adds a sensitivity curve as default or what exactly is going on? I don’t see any other explanation if you want to make it “less sensitive” around the center but keep the maximum roll rate.