There is a second release, an amhibian version out too, im curious, i had something similar in xplane and loved it.

Although the lack of cockpit screenshots make me a bit hesitant 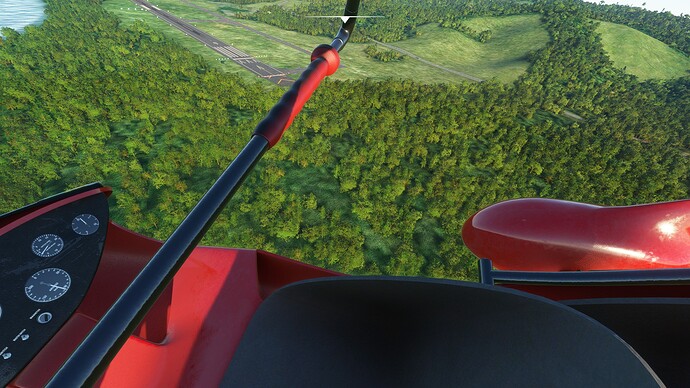 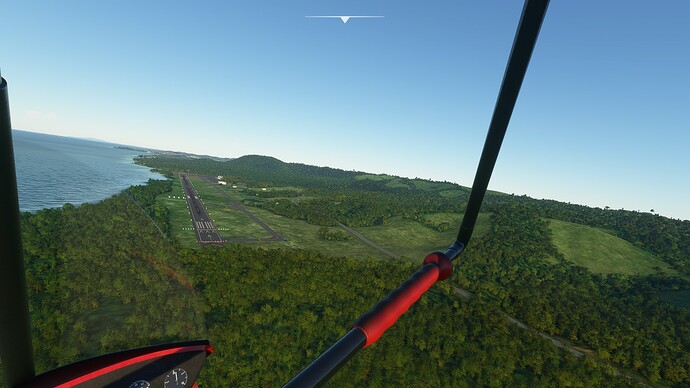 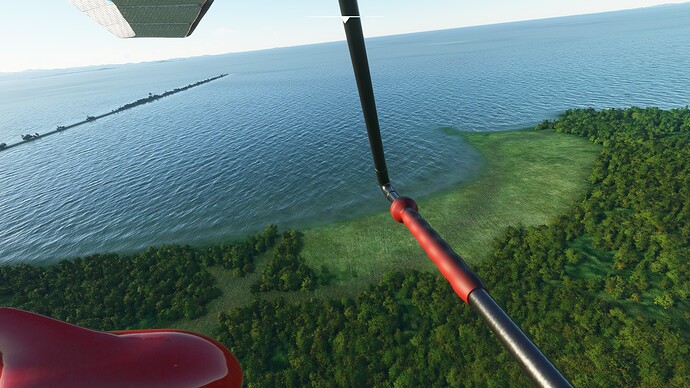 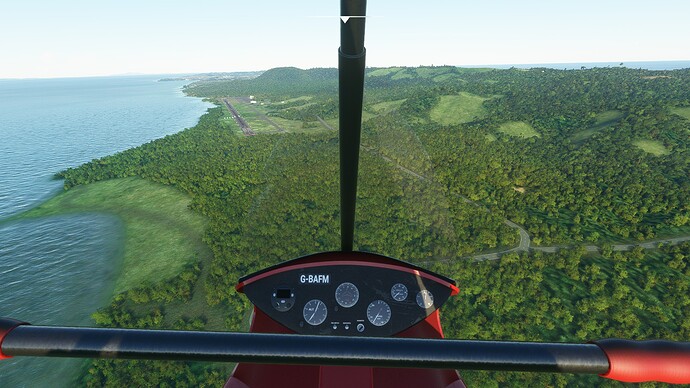 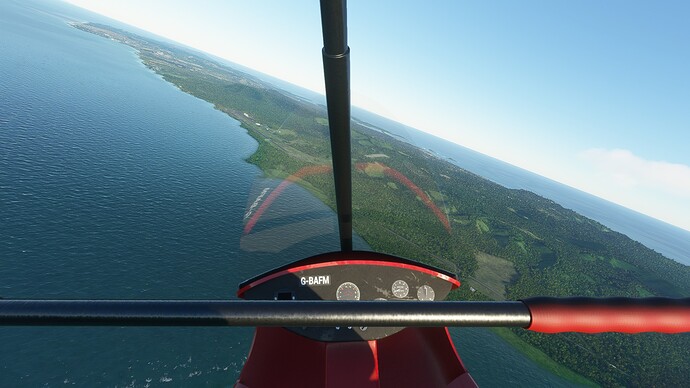 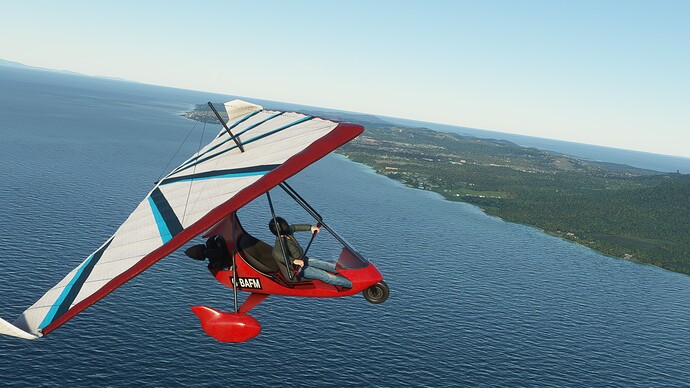 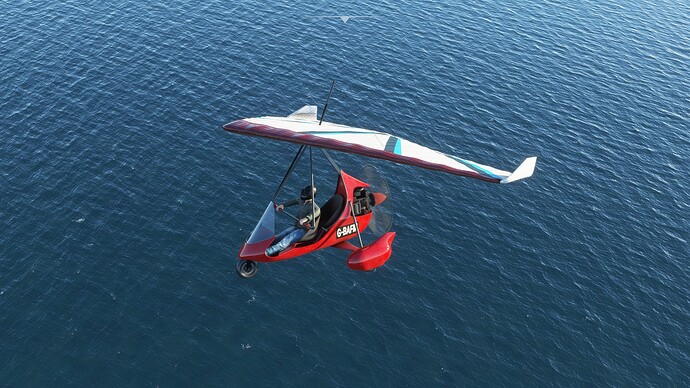 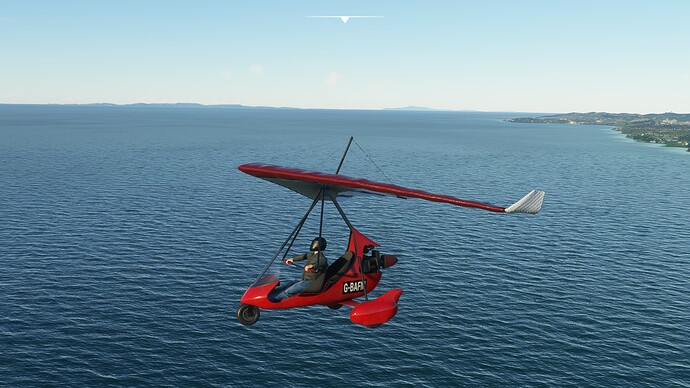 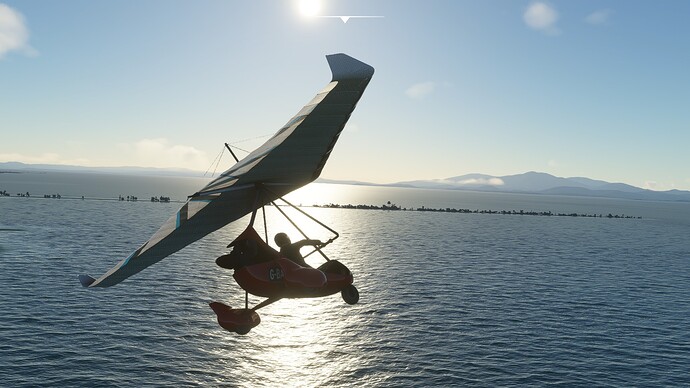 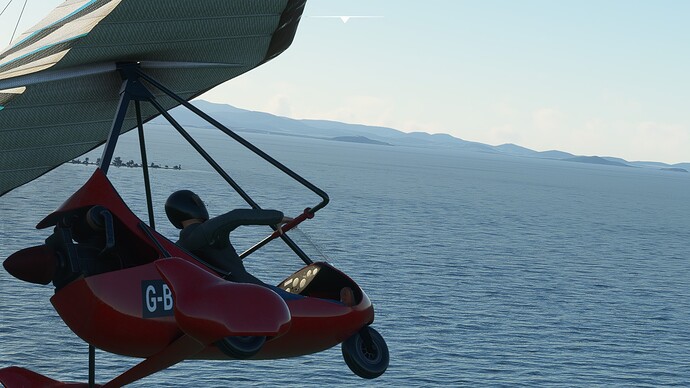 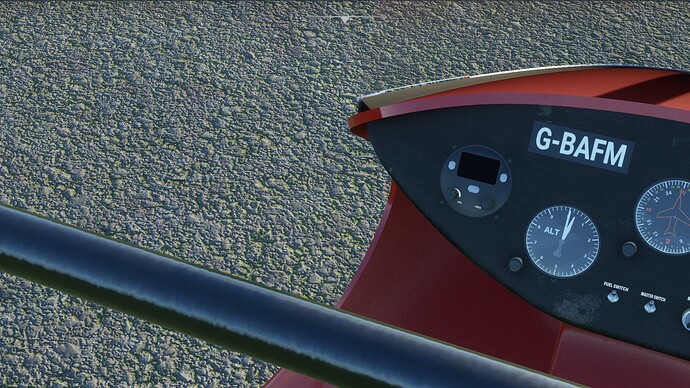 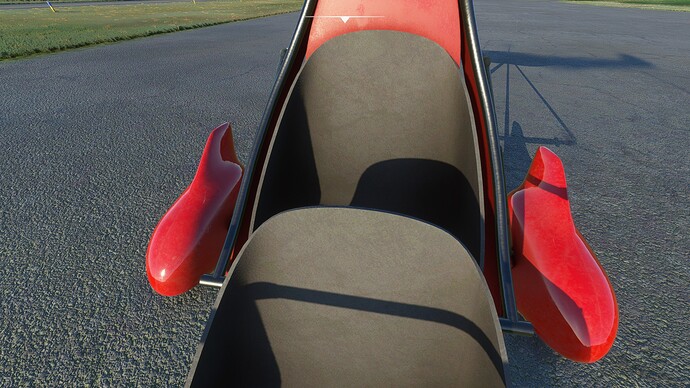 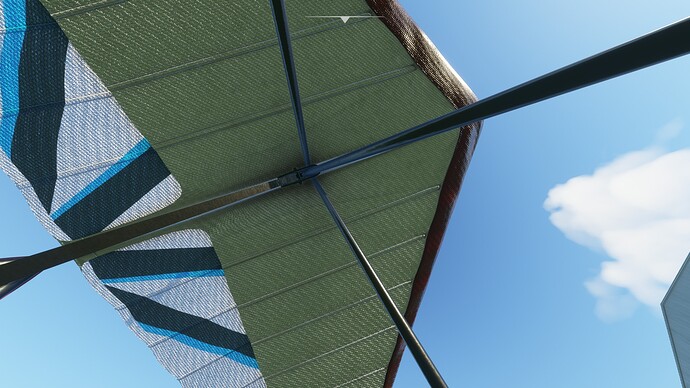 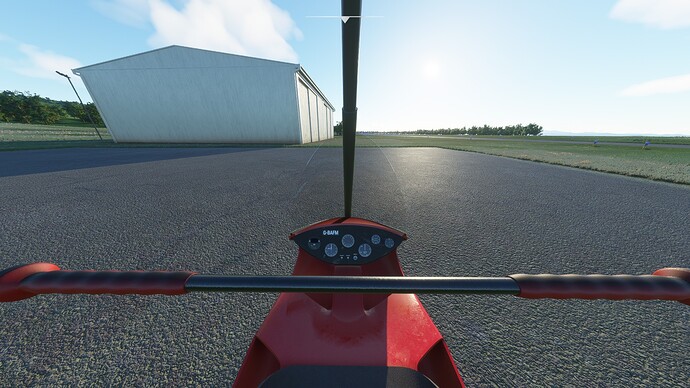 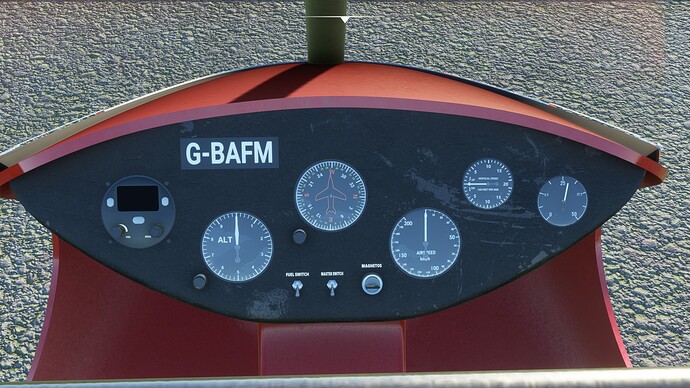 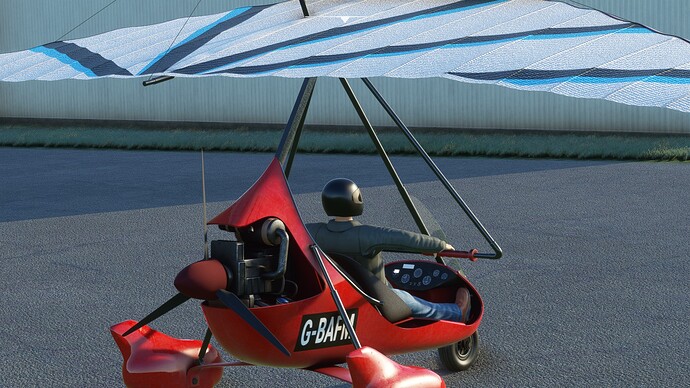 So… This is actually really nice! The textures are beautiful and the view is unbeatable! It flies REALLY nice and the ground control is spectacular.

There are brakes! Even a parking brake (though no visual of any kind in the cockpit)
A few issues:

Overall, I am just in love with how it looks and flies. It’s probably the best out of all the ultralights out right now. Visually, it beats all of them for sure. It’s very tame and controllable in the air, but takes a while to bleed off speed (there are NO flaps)… So each of 3 landings I have done, I came in too fast and it was a bit of a challenge controlling it on the ground because it’s too fast, but use the rudder and brakes and you should be fine.

It’s a great value for $10! But the cosmetic stuff in how it appears in the sim should definitely get fixed. Would be nice if they did a little manual.

The amphibian aircraft is a completely different one. I have a separate thread for that one.

Where? i cant seem to find it

Purchased. Thanks for the review. It’s nice to support these developers.

simMarket: BLUEMESH - AMPHIBIOUS ULTRA LIGHT AIRCRAFT - SKYWAVES MSFS This looks interesting. I am downloading this now. It seems like this might be the first aircraft where it is truly amphibious - you can taxi from dry land into water and take off from there. Screenshots and review on the way!

Let me know what you think! Curious to see what others think of it.

I like it, not arguing at the price either. I was looking to get a microlight for some chill out low and slow sightseeing so good timing. It’s tidy enough isn’t it, can see myself flying it about a fair bit

Yup. Right now this will be my go-to UL.

After an hour - it is great for $10. It’s really a great way to explore the world. I would recommend it and will update the post after a few more hours of flying.

I really love the look and feel of this but @BostonJeremy77 nailed all of the exact complaints I have. One other thing I’m noticing is that rudder is very pronounced in this but… is there a rudder in an aircraft of this type? Genuinely not sure but nothing visible is happening when I use the pedals.

Thank you very much for your review.

For that price it’s a nobrainer. But as a fanboy I like the flight model of the powersolo a bit more. The Stride (?) is on second place tho. Fun to fly and not as slow as you would think. They just need to fix the gear and the rudder.

Of course! If I may ask, what details are missing in your opinion? What would you like to see in an update?

Ok, deleted everything, I just wanted to express my opinion.

It looks great! Is this a conversion you are flying? I am not really into buying non-native MSFS aircraft if cockpit functionality is compromised and it requires the Legacy flight model etc… I do have P3D 5.1, but their website says it’s for 1-4. Does this work with 5.1? I know Ant’s has a great reputation for solid aircraft in the P3D community. It’s also maybe a little unfair to compare the two as they look completely different in terms of the external model etc…

Ok, deleted everything, I just wanted to express my opinion.

Had another fly around in it and have to say it’s pretty addictive for what it is. Simple, jump in and go and have a nosey around at your leisure.

Reading the Simmarket writeup on the dev, he’s a young French guy who’s been 3d modelling for a few yesrs and had a go at making an aircraft, so fair play for giving it a go.

In one flight the compass ending up pointing 180 degrees in the opposite direction for some reason; no idea why as every other flight it’s been fine.

The radio display on the dashboard does show frequencies for me, and they change when adjusting frequency on the Logitech Radio panel I have.

Agree the ‘My Manufacturer’ title etc does look a bit ‘Eh?’ in the aircraft selection menu.

No idea on general microlight performance but it goes off down the runway like a cruise missile; flat out at sea level around 150km/h 90mph . Think the info in sim is a little optimistic at 176 kts!

Being really nit picky here, but the pilot does look a little, well, GTA’ish with the jeans, green combat jacket and black helmet with tinted visor. In no way does that spoil it as this thing is best flown from the cockpit imo (especially in VR) but an interesting choice of pilot model.

Keep the topic related to Papercraft Areo Designs UL Stride
All other links will be removed.