Except that photogrammetry is not satellite, it is over top. Also, it is rendered and coloured according to time of day, cloud cover settings, etc. The point is that it’s being coloured in a way that is not consistent with the auto-generated areas. It’s just a colour filtering - they’ve added (too much) green to the auto-gen, and too-little to the photogrammetry - and it should be done in a more synchronized way so the transition isn’t … a brown stain effect.

Love the idea of the Canada update!! Flying from the Americas up the Great Lakes to Toronto and other locations will become even better.

Could the POI be streamed as well though, I wonder. I can’t see why not.

Conceptionaly, yes. However one - possible - technical limitation comes to mind: „mesh data“ can be organised rather easily (we are talking „data structures“ here: quad trees as an example) in a way that it can be „streamed in a progressive way“, much like „progressive JPEGs. Older folks may remember the „pixel blur soup“ that first appeared for every image on the web page, which then got refined the more JPEG data got downloaded.

(this is not done by any browser anymore: also „progressive JPEGs are first downloaded completely before being displayed in their full glory. Because a) repeatedly updating an image costs CPU cycles (and hence power - important for „mobile browsers“) and b) it is not worth the effort anymore: the net is way faster today)

Custom POIs (including airports) are (probably!) not in data structures that are suitable for streaming. While technically certainly possible this might require additional effort by the developers / designers.

On the other hand I strongly assume that also those POIs do have „levels of detail“ (LOD), so streaming could simply start with the „lowest LOD“. So my argument here stands on thin ice…

Or it could be as simple as: „We already have the infrastructure (= marketplace) to distribute POIs, so let‘s simply reuse that (= first download locally, then „stream“ from there) instead of building a new (micro-)service (on Azure) which would stream those POIs“.

Love the idea of the Canada update!! Flying from the Americas up the Great Lakes to Toronto and other locations will become even better.

You need to go west over the Rockies and check out the many islands of the BC coastline.

Roman Design’s Toronto was really good but it hasn’t been updated since release to the best of my knowledge.

have you tried the freeware?
https://www.jpfil.com/quebec-fs2020/aeroports.htm?fbclid=IwAR1Vi3889fmcluUgxkrTR0hGiEp2EZ3j-4X9pWZTAznkpiFbq0O3oBNPTr0 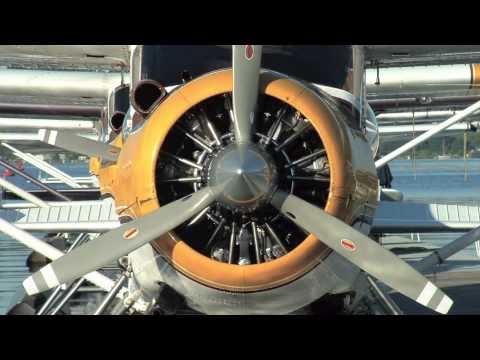 There were a couple of updates in the months after launch, but it hasn’t been updated since. Don’t think it needs it really. Although depending on what Asobo do with the Canada update, he may have to.

Happy about this. I often watch ‘Just Planes’ on Youtube, they provide cockpit views for all various types of flights. One of them was a Dash-8 hop in the mountains and whilst the Dash 8 isn’t something we have yet in the sim (properly), I’d love to give those kind of trips a go in CA

Is the WU still scheduled for next tuesday?

This week for WU11 release, no? I haven’t heard of a delay.
If it is then that will be a new record. So far this week -

I can barely keep up! Looking forward to

update though. Will it be glorious and free though?

YIPPEE… Finally, our Canadian friends are getting an update… FINALLY !
I am looking forward to exploring Canada !
…

I think it is delayed from 27 to 29 of september, i saw it in the last development update last thursday

Not much of a delay. At least we’ll all likely have the new NVidia drivers by then.

still says 27th to me. The dev roadmap update is 29th.

The weekly update image says World Update 11: Canada (9/29) but it could be a typo, wouldn’t be the first time.