I do this for real (although currently on leave without pay - all airlines have had to stop flying in Vietnam due Covid for a bit), so good to get some general practice in. The weather can be fickle in the tropics, with large storms making real operations tricky sometimes. It continued all the way to minimums - still above CAT I absolutes though!

The FBW guys are doing a great job on the A320, only a couple of minor things (which I suspect are sim limitations) weren’t 100%! 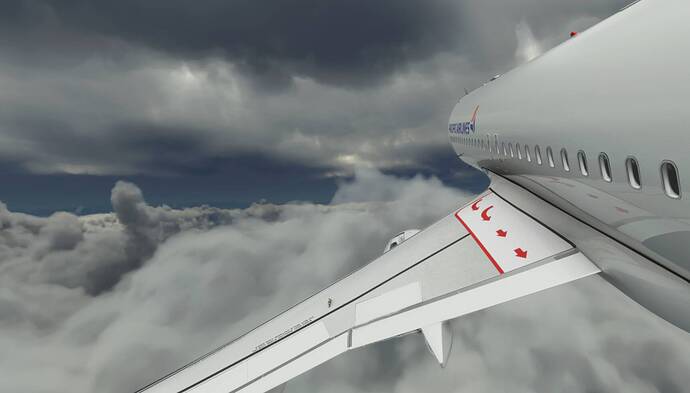 Much nicer on top over the Mekong Delta 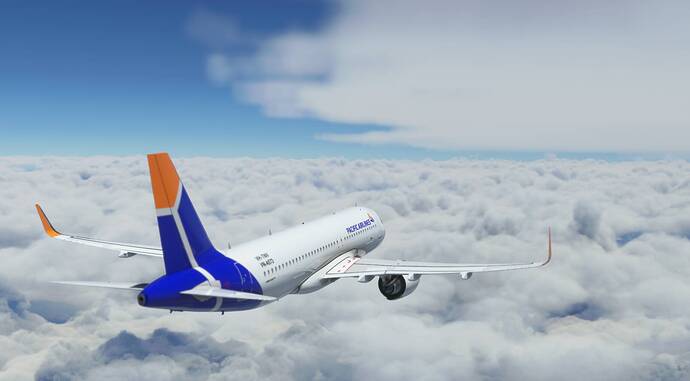 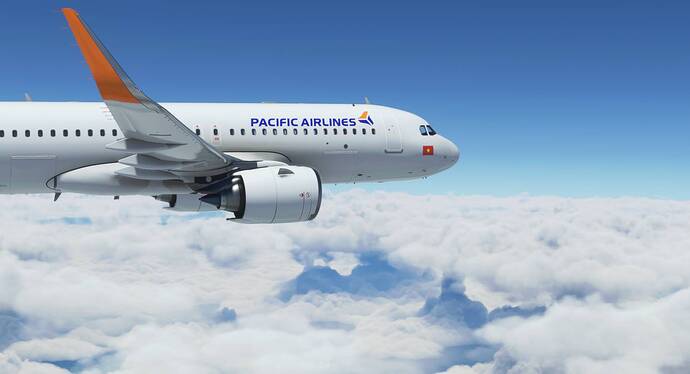 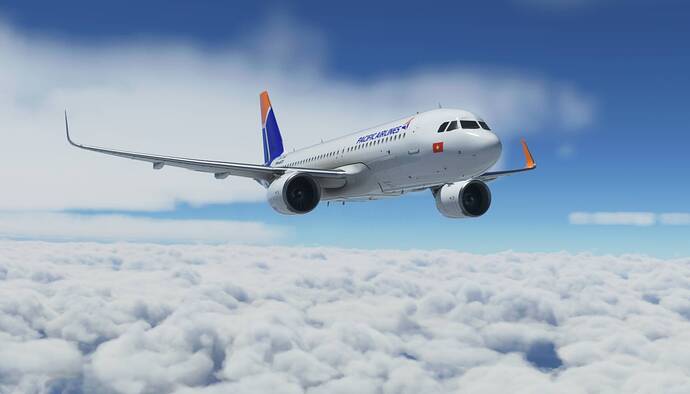 Around Ho Chi Minh City things picked up as usual, build ups hanging around the STAR. Heading requests and direct to waypoints to get around the bumpy stuff as usual. 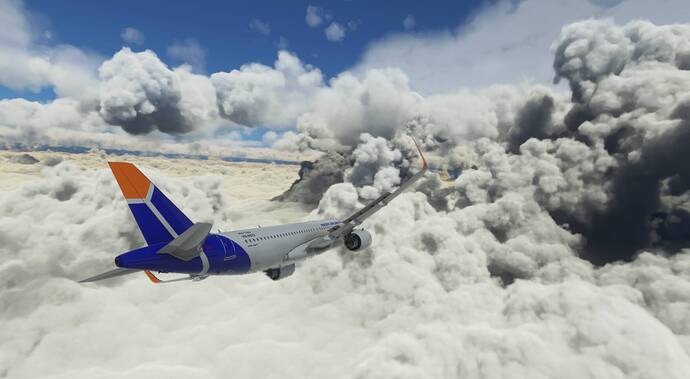 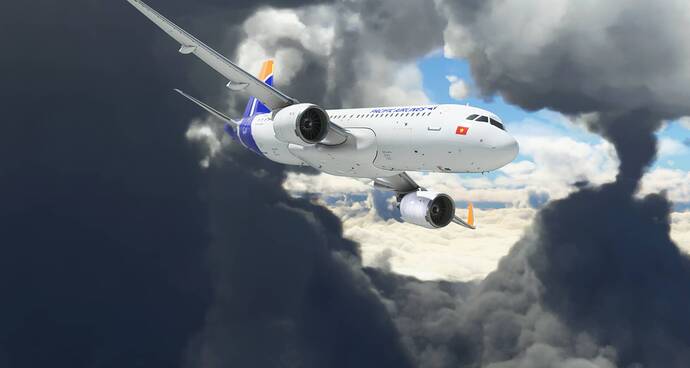 Bit soupy on final, cloud base was low for VVTS - only about 350’ 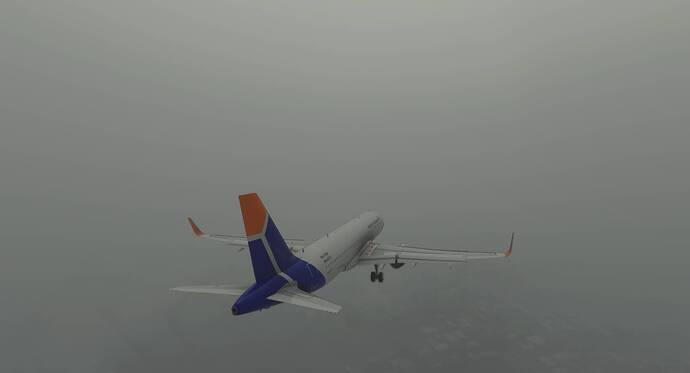 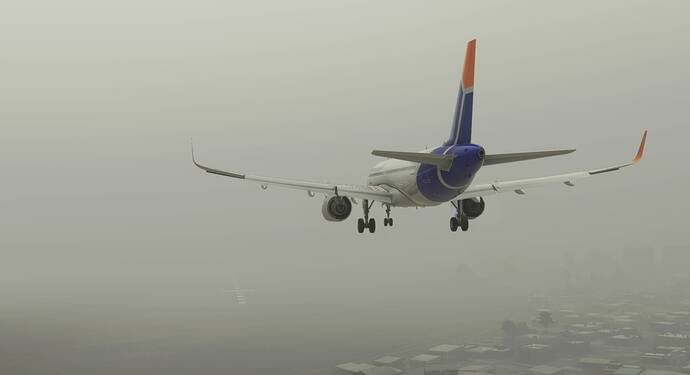 Continue! No worries, that’s sufficient visibility, over 800m in any case, approach lights and threshold in sight - but can’t see the touchdown markers just yet… 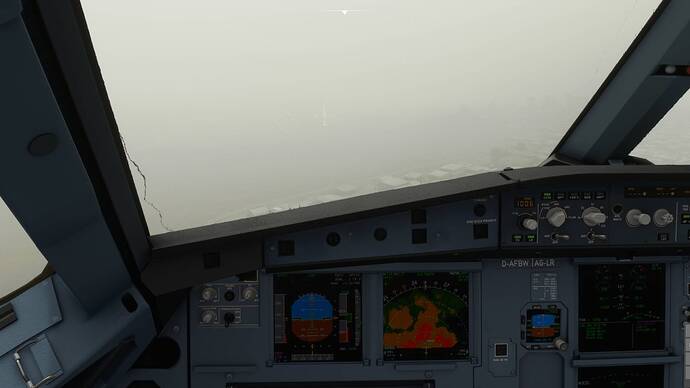 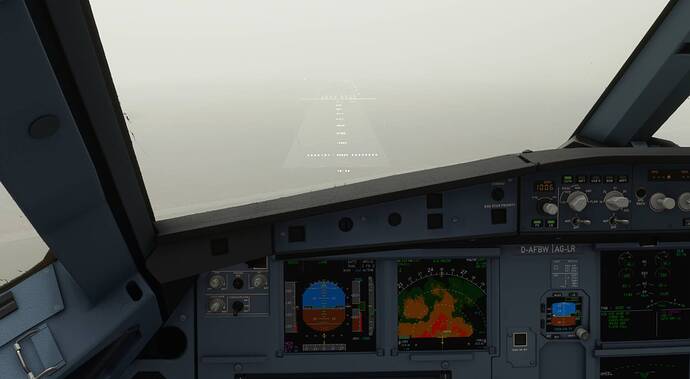 Thank you. Real life pilots’ feedback is always precious.
Hope things will be sorted soon with your job, wish you all the best.

Been thinking about it - need to improve my hardware a little first, the joystick isn’t quite stable anymore

Hi!
I don’t want to break the rules of joy here of course but if you want an other real life pilots’ feeback there you go:
I’m not talking about the flight that was made by @Parorng or if he did deviate because of big cells in front, however I share a few words about the screenshot!

Unfortunately it’s just about “make up” in MFS2020 because CB/TS are just images, eye-candy for just one reason which is that you definitely don’t want to fly a Cub or even a tube (A320,B737 or else) right away into TS or cells that will create TS just for the sake of Safety.

Contrary to Xplane/Active sky in MFS2020 you won’t get any severe turbulence according to the severe weather conditions of the day which makes MFS2020 extremely far away from reality… Even when you start learning for your PPL you must always create a flight plan based on the weather data, for instance to avoid CB that could cause lethal damage because of moderate to huge/severe convective winds or put your bird out of the envelop of safety as a stall, ice etc (which is really implemented in Xplane/Active Sky even if it’s not perfect but it does the job of simulation) … you don’t even want to fly close or under the base of CB because of severe turbulence that usually occure which are totally non-existent in MFS2020 same for Gust Winds/Thermals for which the limitation is only based at 1000 ft/min for up & downdraft winds according to Asobo to not disturb simmers and beginners who (quote): “won’t understand that they get a 10 000ft/min updraft all of a sudden” as it could happen in reality if you get stuck in TS … : “what’s going on there?!!” humm real stuff of Mother Nature buddy!

… I know it sounds weird and scandalous for what we call: “a Flight Simulator for simmers” (quote last Q&A) … but that the way it goes in MFS2020 guys!

So that MFS2020 will allow you to fly your C152 or your A320 in any king of severe weather conditions without encountering any danger.

Knowing for pilots (and hardcore simmers) that the weather is one of the most important part in aviation (actually the most important thing) MFS2020, at least, gives the opportunity to fly inside TS (thunderstorm) like if you were flying in CAVOK with some tiny CAT (Clear Air Turbulence) , at the end MFS2020 don’t simulate the minimum required of realism in our skies unfortunately.

Even if the advertising Youtube videos full of promises (still online) saying that we will have the best realistic engine weather ever done so far in simulation at the release date, well more than one year later that is the total opposite as a matter of fact (not opinion but facts)

Hopes are still there, in the last Q&A many questions from real pilots and hardcore simmers were raised and our voices finally have been heard (somehow) as they promised to us to unlock the limitation of up and downdraft winds and they should add thermals in 2022 (!!!) and more realism to get rid of the arcade mode.
Wait & See.

Here’s the link about essential realistic features that are missing drastically to make this beautiful game becoming a Flight Simulator someday, hopefully ( that means without any kind of sterile polemic “Game or Simulator” but in order to simulate reality as much as it is technically possible… which is)

Nice shot by the way! @Parorng

weather / cloud based up & downdrafts are missing (which were promised in the first aerodynamics feature discovery video) terrain based up & down drafts are working, but they are limited (Asobo says: max peak 1000 fpm) thermals (and wavelift) are missing basically almost everything which is important for gliders (and every other airplane) doesn’t exist or is tuned down very badly Interview about up and down drafts: (you can find more interviews in the second post of this thread,…

Hello, It’s been months now and every new update I think finally we are going to get decent turbulences… but nothing. Only wake turbulences around mountains but flying through a huge cumulonimbus or in high winds with a small GA airplane will give no turbulences. The plane behaves like in clear skies. A small plane flying through a cumulonimbus would mean death in most cases in real life. Flying near big clouds can also be quite challenging. This means that there is absolutely no challenge in b…

Yup, that’s something they still need to work on. Personally I’d love to see simulated heating effects from the ground which then lead to thermals and associated clouds being done. That will bring true turbulence effects, enable true thermal gliding, and make general aviation flying as bumpy as it can be in real life!

Personally I’d love to see simulated heating effects from the ground which then lead to thermals and associated clouds being done. That will bring true turbulence effects, enable true thermal gliding, and make general aviation flying as bumpy as it can be in real life!