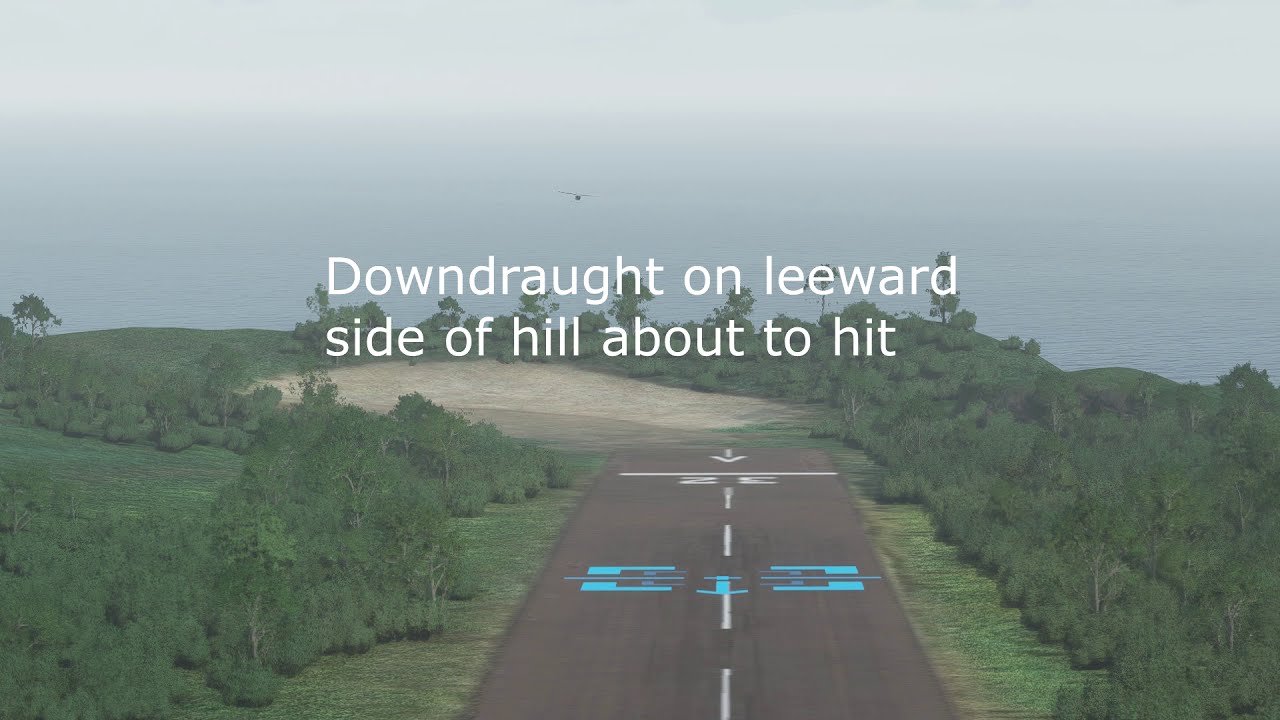 Yeah, lets break physics because people won’t believe it is real. I see surveys in the US indicate more people are distrusting science (even though science gives us almost everything we use in life these days, like computers!) and anything that contributes to that I find appalling.

The idea is to educate in a simulator, not cater for what a dev thinks is peoples preconceived ideas.

I second that turbulence at altitude is definitely much improved from the “on rails” experience at launch, in fact one of my flights got downed by it on a EDDF to LRBS hop over western Romania with my CJ4 overstressing from it at ~FL350. In fact, the sim vs real life feels “almost there” at this point, at least on the Cub and Skyhawk side of things (duplicated a couple of real flights in the sim… after fighting the weather engine’s “quirks” to get things right).
In fact, I’m wondering if the OP didn’t land on another of the weather engine’s quirks where it only partially parses and implements the data (namely cloud coverage/temperature, but not the winds)

I’ve noticed this many times - but the problem is that people sometimes complain about these realistic things “it’s too loud” “too bright” “too dark” “too turbulent” without really having any real flying experience.

I think that’s what’s happened here. In one of the Q&A sessions, the lead MS guy said something along those lines. People had been complaining about the realism. If I recall correctly, he didn’t actually go as far as saying they’d dialed it back, but that was what he implied.

Right! How many people died because they thought “this can’t be real” “weather can’t really do this” ? That’s what the simulator is for to experience the unlikely and unintuitive nature of flying to better prepare you.
My scariest time flying was when I was trying to outrun a heavy rain storm. I could see a wall of grey swallowing up the ground coming right for me. I was 8 miles from the airport which was 180degress opposite from the storm. I thought if I fly 60mph and the storm moves at 40 mph I’ll make it easily. Well storms don’t work like that sometimes. Apparently the pressure change can move pretty fast and the storm caught me as I rolled out on the runway. Just made it back. Whew.

My hope is that they confirmed gliders, which does not work without up- and downwinds and influence from clouds.

I’m wondering if the OP didn’t land on another of the weather engine’s quirks where it only partially parses and implements the data (namely cloud coverage/temperature, but not the winds)

That’s an interesting point. So you are saying it’s possible to have thunderstorms clouds without the associated weather?

Thank you this is a great example. That’s one of the reasons I almost always feel like my plane is being « on rails. » This makes flying extremely simple and not challenging in my opinion.

It’s at least plausible, given how broken the weather system is in other places- ie how a lot of people have experienced on occasion ATIS telling them of weather which differs significantly from the actual observed weather or how live weather outright refuses to work if you try a second flight after returning to the main menu. I’ve personally seen one or more of temperature/visibility/clouds/winds differ… hell, I’ve even had ATIS claiming one runway was in service, yet being told to taxi to the other side,lol. Honestly, if they are working with something at least partly based on FSX, I wouldn’t be surprised if they still have the data split in “weather” and “winds aloft”, which could explain why an element is missing/acting up, while the rest is still OK - in fact, I wouldn’t be surprised if the data is further split in along the lines of the visual filters in the worldmap with separate wind, cloud coverage, precipitation, etc. packages. I do wonder how the system does treat invalid or partial data during weather downloads, if it were me, I’d go for a “best guess” based on the baked in weather types vs defaulting to… non-weather like it does now.

I wouldn’t be surprised if the data is further split in along the lines of the visual filters in the worldmap with separate wind, cloud coverage, precipitation, etc. packages.

That’s plausible. Then I would at least expect a simulation of turbulences and thermals inside and around clouds based on their types, size and the overall atmosphere parameters. This shouldn’t be overly complex to do I would believe. It doesn’t have to be complicated calculations.

I do wonder how the system does treat invalid or partial data during weather downloads, if it were me, I’d go for a “best guess” based on the baked in weather types vs defaulting to… non-weather like it does now.

Yes, that’s what I keep thinking: they are unable to apply real life weather, but at least they have a fantastic weather engine that simulates fake weather in a spectacular and realistic way (mostly eye candy so far, but realistically generated). I think they should focus on that and finally accept that they can’t match real world weather since they don’t want to use real world METAR data. They should generate their own METARs - as close as they can to real world but not « live » - and stick to that.

This is definitely my top disappointment with MSFS. Weather is such an important factor in real life aviation and yet we still don’t sims in which it can be dangerous and you need to pay attention to it…

Funny… to see 2 different types of Sim pilots.
There are simmers who yell that FS2020 is ‘unplayable’ because of wind and turbulence effects. ( translated as unstable planes)
And there are simmers who complain about the lack of that kind of realisme.
Well, that’s ok, it keeps this forum running