This works!! Thank you soo much! This is just what I wanted and opens up a lot more sim possibilities for me personally =)

No worries, glad it worked.

How’s the North Sea? It looks pretty impressive. I haven’t picked it up yet because I told myself I wouldn’t buy Aerosoft anymore after the Twotter mod crackdown. Probably have to miss out on this one, which is a shame.

Even without any addon, the area around Rotterdam and The Hague is very hard on my fps up to a point where the sim gets unplayable. maybe it‘s the bespoke Rotterdam airport?

Hello everyone,
thanks for bringing this thread back on-topic.

This is a quick reminder to not get off-topic by posting about unrelated products even if they come from the same developer/publisher.

Thank you for your understanding.

There’s masses and masses of really cool stuff in this, which makes the static ship decision that bit weirder.

There’s far more than enough to be getting on with without the ships.

Plenty of the working ships will be anchored so I would’ve kept those in, but not anything that purports to be on the move.

Landable and moving and following a route still isn’t possible as far as I can tell so I’d hold off until it was possible.

Static objects are more FPS friendly, moving objects will have an effect on CPU main thread. With addons featuring moving ships I did not have a good experience so far.

So a good decision IMHO.

There’s enough ships that are static in real operation though that should be present.

It’s the pseudo moving ones that stick out rather badly.

Yeah agree. Having a wake and smoke trail (which do look good from a distance) but clearly not moving is really bizarre. Wish they made a way to add in elements you want, or exclude them, in sensible divisions/groups. Both for this reason, potential conflict with other packs we have reasons and performance on lower end system reasons.

And adding simple colliders (mainly on the rigs or anywhere you’re meant to be able to land) as I mentioned before.

@TheFalconOne tis there any chance of something like that please?

Having moving ships would have cancelled the possibility to land on them. SDK limitation.

They are saying only have landing on the anchored ships. And have the option to remove the non-moving “moving” ships.

When you refuse to be compatible with other mods you force customers to choose between them. Therefore you will have fewer customers

No, there’s no SDK limitation for landing on moving ships. Even moving oil rigs seem to be well possible. Seafront Simulations previews Vessels: The Canary Islands for MSFS with...

Another fun and challenging playground for helicopter pilots.

“In the meantime, the team is also planning to deploy updates to the other existing products, such as the addition of new landable vessels in Hawaii, the Balearic Islands, and the UK South East scenery packs.”

How do you dare breaking their excuses in public ??!

As far as I can tell you can only use the Top Gun Maverick code and that only works in a straight line. It goes a certain distance and then respawns.

Not much of an issue for the novelty factor in open water. A bit of a grind if you want it to go somewhere specific which you would for this.

Maybe they’ve refined it somehow. Not sure anyone else has.

Funny, I was able to land a helicopter on a destroyer in the harbor in Hawaii that was not going in a straight line.

Hmm. Maybe they’ve cracked it then.

I’m seeing a (sways with the swell) lightship with helipad available on Flightsim.to.

I’ve also just bought this North Sea add on. Seems like a good price for scenery that adds lots of h145 opportunities. I hear what you are saying re moving ships. Would be good to at least have option to remove static ‘moving’ ships not at anchor so we can choose to use GAIST etc. I’m off to give this scenery a try.

So far liking what I see a lot, and there certainly seems to be loads to explore. 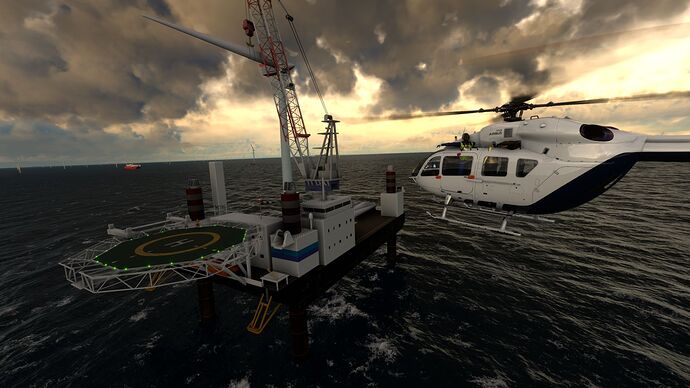 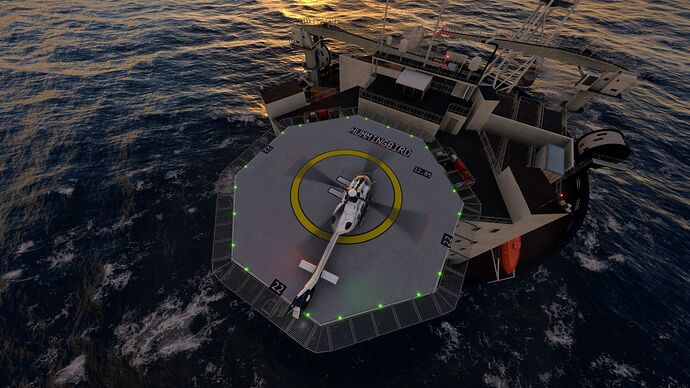 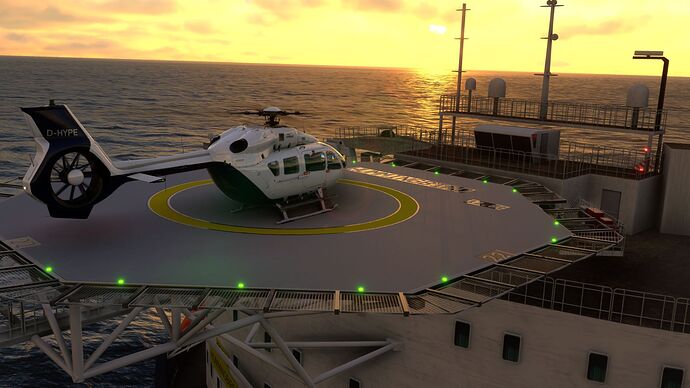 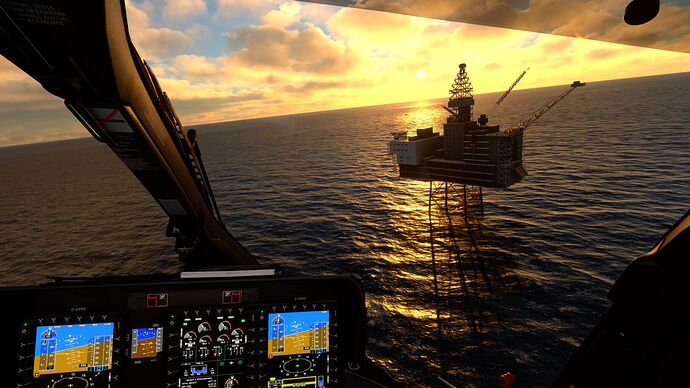 Some amazing footage here of landing a helicopter on the Sleipner A oil platform off the coast of Norway. Its like a small city out at sea. Helicopter landing on offshore oil platform - YouTube

I took a flight round it in the sim. 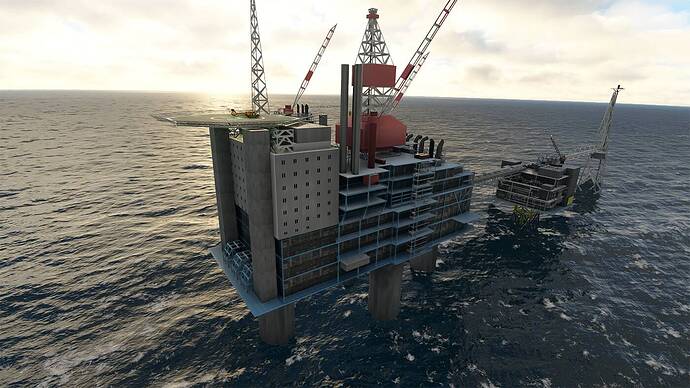 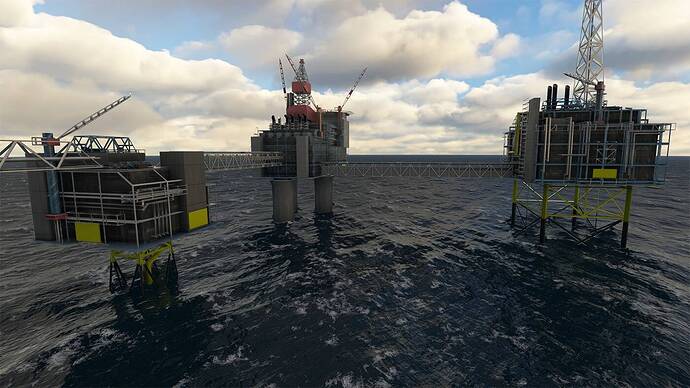