Will directML work in VR?

He may be wrong and/or I may have misinterpreted it, so if you know how it REALLY works I suggest you spill it out and enlighten us.

Nvidia have a pretty in-depth page on this. 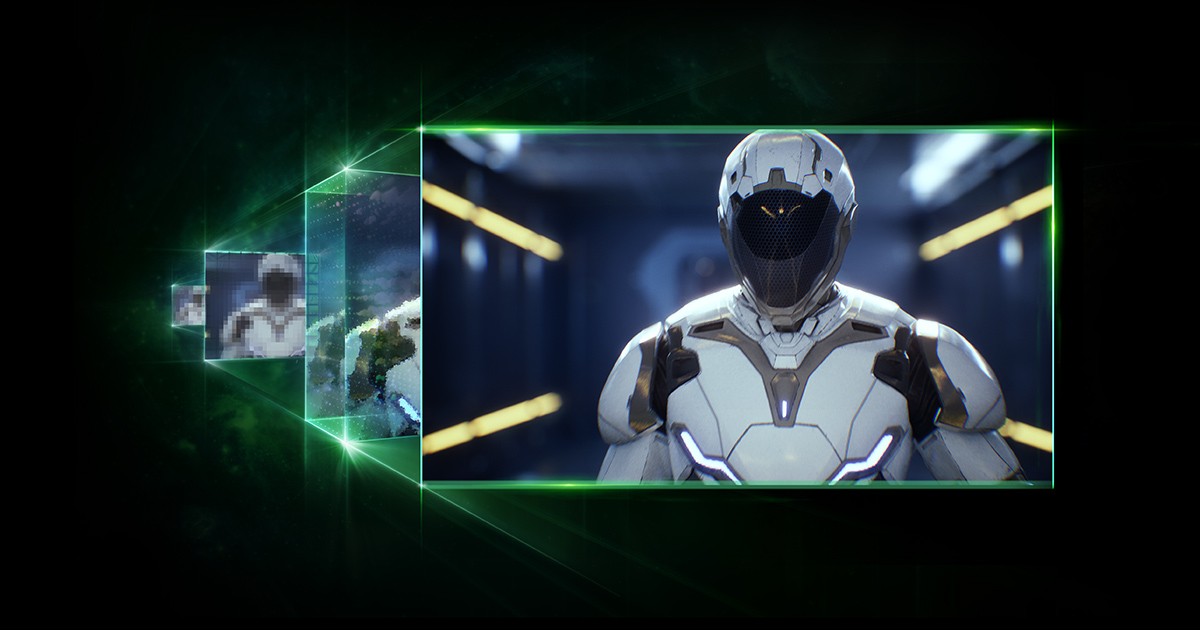 Through the power of AI and GeForce RTX Tensor Cores, NVIDIA DLSS 2.0 enables a new level of performance and visuals for your games - available now in MechWarrior 5: Mercenaries and coming this week to Control.

You will see that a server side component is indeed needed. The AI model is trained against a reference 16K image, and the updated model is delivered via the GPU driver.

One Network For All Games - The original DLSS required training the AI network for each new game. DLSS 2.0 trains using non-game-specific content, delivering a generalised network that works across games. This means faster game integrations, and ultimately more DLSS games.

So it doesn’t sound like they would need to train it specifically for MSFS. Pretty sure this isn’t going to involve flipping a switch either, so somewhere inbetween.

I watched someone playing the original release of Cyberpunk 2077 on a 3090, where they were having performance issues. DLSS helped with this, but their opinion was all it did was make everything look blurry, so they disabled it.

As someone pointed out DLSS 2.0 is very different from DLSS (1.0?) and apparently doesn’t require the developers to send any copies of their games to NVidia. I was referring to DLSS as per the question in the topic and I still think it works as I described, but I now understand it’s irrelevant since DLSS 2.0 i “da ■■■■”. My point however was that even though I may have been wrong, there are better ways to point that out without being petronizing

My point however was that even though I may have been wrong, there are better ways to point that out without being petronizing

Agreed, and there are forum features to assist with that, so you never have to be bothered by it again.

It scares me a bit, since everything is “planned”, “will be able” or “will do”, but the real fact is that DLSS 2.0 goes like rocket even in VR right now. And that would mean that we have to wait till AMD plans it and releases it and wait untill they reach Nvidia efficiency and wait for a VR update and wait for…
I hope Asobo are working with DLSS right now so we can have it by the DX12 launch.

This may depend on how much feature parity MS may demand across the the two platforms. Decisions made are not always to benefit the consumer, especially when marketing people get involved.

Of course it does.

Deep Learning Super Sampling. That is the basic principle behind it, okay? It’s an adaptive upscaling algorithm based on neuronal networking.

Through the power of AI and GeForce RTX Tensor Cores, NVIDIA DLSS 2.0 enables a new level of performance and visuals for your games - available now in MechWarrior 5: Mercenaries and coming this week to Control.

In one of their Q&A sessions they said the switch to DX12 is not so much for performance benefits but to gain access to new features/graphical improvements.

As most DirectX APIs, I guess DirectML will be able to use several hardware acceleration features, if it’s an NVIDIA card, then DLSS, if it’s AMD, SuperResolution …

Will directML work in VR?

The implementation of DLSS or DirectML is what will really change the user experience in this sim. Cant understand why in TOP WISHES there is things like update cities in South Korea but not this!

Maybe people would like to see high quality scenery as part of their flight sim experience, and they don’t know what DLSS is or care about it? I think that’s a fairly normal kind of thing for people to be interested in.

It sounds like DLSS is an upscaling technology, whose purpose is to let GPU-limited systems “run at” higher resolutions by rendering a low-resolution version (with motion vectors, just like TAA with render scaling) and then pushing that into an “AI” unit on the GPU for high-quality scaling.

Gotta admit that DLSS would help msfs2020 for more fps, I can run War thunder a ultra everything 5120x1440 and get around 80fps, stick on DLSS and picture looks just as good but fps shoot up to 250+ lol, when it works well it really does work well…

I don’t know what resolution you’re running at, but if you render at 1/2 the resolution you currently do (render scale 50), you’ll get a much higher frame rate. But fine details, particularly in text, will be jagged and blurry.

That’s basically what DLSS does. It renders at a lower resolution (typically 1/2 or 1/4) then upscales it with AI to get rid of said jaggy edges and blurriness. Your CPU will benefit as the data it’s moving around to the GPU is 1/4 or 1/8 of the size it’s currently dealing with.

But DLSS is a moot point. DirectML, we’re likely to see at some point. There’s no way to tell if it’s as good as DLSS 2.0. I would suspect it will be more on par with DLSS in the RTX 2000 series cards, much like AMD’s ray tracing is more on par with RTX 2000 than with the 3000 series, since this is their first attempt at it.

We’ll never see a proprietary nVidia technology in a game that’s being heavily marketed to XBox that features all AMD hardware.

As I recall from testing two days ago, the simulation remains CPU-limited at 1080p (50% scaling of 2160p) and doesn’t increase in frame rate noticeably, but my GPU usage goes down dramatically because the GPU is idle most of the time due to pushing fewer pixels. 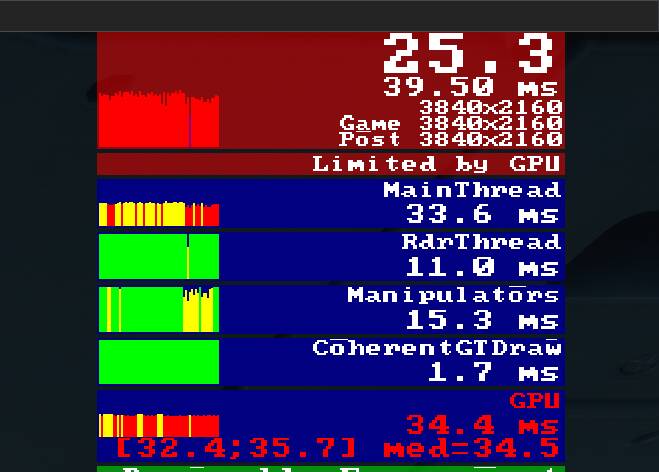 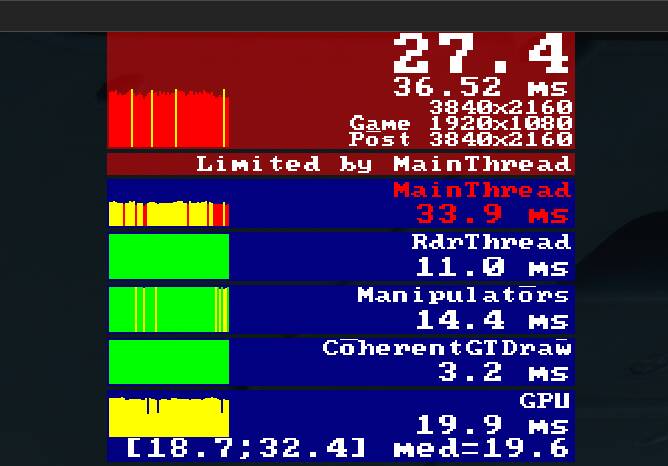 Crunchmeister71, I’m curious what CPU and GPU combination you have that 2160p with 50% render scaling gives you a significant fps boost… some kind of super-overclocked i9 maybe?

Where I am in the sim atm (over Toronto on approach to YYZ) in my Baron, I’m hitting 32 fps, which is typical for this area.

Dropping to 50% scaling, I’m hovering around 45 fps, albeit with the interior of my plane looking far less sharp.

I’d say that’s a pretty significant increase in performance from rendering at 50% scale.

Does the CPU usage go down from one scaling to another? It does not for me.

My test was in an A320 spawned on runway 28L at KSFO with live weather. CPU usage on main thread is same between 100% and 50% scaling.