Local Legend III: Dornier Do J Wal is now available for purchase in the Marketplace. Click here to learn more about this plane.

Please use this thread for feedback only. If you encounter a bug, please create a thread in the Bugs and Issues section.

Edit: the PDF manual for this plane can be found at the link below:

Anyone actually liking the Xbox and Aviators club liveries?
I’d rather have normal liveries instead.

Excellent. I am heading over to purchase. Will have a review posted on my YouTube Channel (Zentropy Aviation) in a little bit.

So, if I were to buy this, where would I take off from? I just had a look, and there are something like four water runways in the entirety of Europe. There’s a bunch in North America, but that’s not really where this plane has its roots, now, is it?

I have problems to start it dark & cold, but hey it’s great to have a classic flying boat in the sim, which I was awaiting for quite a while.

I think I heard some phasing with the props at one time, not sure. Need to test further.

It looks gorgeous and seems easy to fly.

Could not get it to takeoff with maximum loading weight, needed to lower that a bit.

Well, whatever quirks it may have or not have, I am certain MS/Asobo and Oliver Moser will sort it those out eventually.

It steers really well on the water, like the Ju52 as well from the same developer. 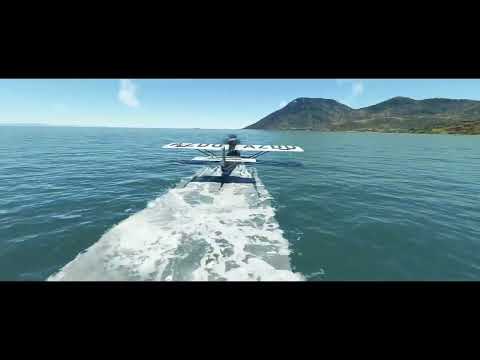 I have a new concerns.

My WHH scenery has a couple of DOCK starting spots in the water and a huge lake, if you look for that. From the top of my hat, at least Monkey Bay, Metangula and Club Makokola have dock starting spots.

WE HAVE HIPPOS - The Malawi Project (One Installer, 35 Airstrips, 35 Animal...

Do you remember that water “airport” please? I didn’t found any. Thanks.

No, but if you set the filters on the world map to only show water runways, you’ll find them. If you zoom in. And squint.

Oh, I forgot that there are filters on World map. Thanks for hint

You can also use LittleNav Map to filter only water runways and it’s a lot easier to spot them. There’s hundreds in the US and Canada and a handful elsewhere. They added most of these a few updates back, forget which, and I swear there actually were more outside of the US and Canada at one point as I distinctly remember finding a few in Sri Lanka that seem to have been removed in a later update. Wish you could just pick any spot on land or water to take off from though and also a cold and dark option anywhere.

Anyway pretty much all of the default water runways have no parking spots so you can’t start cold and dark annoyingly. For PC users there’s a fair few mods out there that add water runways with parking spots. A few on the .to including a pack of Norwegian ones and also the website Return to Misty Moorings adds a whole bunch in the Pacific North West along with cabins and other sceneries and it’s pretty neat.

Onto the plane itself: haven’t bought it as I’m waiting for reviews and the like after the Fokker release was kinda borked. Also this is the third ‘Local Legend’ in a row that’s a German plane. Wonder when we’ll be getting something from another country

I know the Spanish military flew this bird but still, 3 German planes in a row…

edit: actually the Fokker FVII was Dutch I suppose, although a German did design it!

It will be great start flight cold and dark “docked”.
Also little bit better engines overstress behaviour will be nice. Engines should stop. But currently I see only standard crash dialog and it is all. But you can definitely survive when engines are overstressed.

Ok let’s get on with this. I do not recommend this aircraft - it’s another Fokker situation.

The main thing that annoys me is the combination of starting in the air plus the overstress. You will immediately start pitching down into a dive when you start and your speed will redline. You will honestly be dead in seconds unless you immediately pull back and decrease throttle hard the instant you spawn.

Thanks for the Heads up. After that Fokker debacle I’m a little shy to buy.

I have an ENTIRELY different opinion than the one above. There IS an issue - cold and dark start doesn’t work. But overall, I found this to be an enjoyable $15 package. My review/first impressions of ALL THREE variants are finishing uploading/checking on YouTube and I will post a link as soon as all three are available and ready to go!

After reading these posts. Not for me. This is supposed to be a simulator and with releases like this it becomes more like an arcade game.

Return to Misty Moorings has a lot of water airports. There are small hamlets on the water, seaplane bases, entire cabin districts near the water. The water starting spots and end points are near cabins and lighthouses, small villages, etc. There’s a lot on the water to discover at RTMM. The focus area is in Southern Alaska and British Columbia. They’ve been doing this for FSX/P3D since 2010 and are now making scenery for MSFS2020. Check them out at: www.return.mistymoorings.com or specifically at this link for MSFS 2020 scenery.

I’m sure PMDG saw this release and just went… screw it lets throw in the towel right?
Less silly histrionics please, this sim isn’t being ‘tainted’ by less complex releases, let people have their fun.

Plane looks very good to be honest, sounds nice and probably well worth it for $15.