I don’t don’t you have some validity in your statements. For me however this creates more questions than answers. The end of 2021 is rapidly approaching and they are testing helo code/physics with something that has a bunch of smaller rotors and is clearly a departure of a how a standard helo operates? That seems like an odd choice do build a physics platform off of. I don’t understand it.

The Red Bull events are fun to watch on a technical standpoint, but I’ve never considered them “racing.” A time trial is when an individual runs against the clock and the best time wins. A race is when two or more competitors go head to head and the first one across the finish line wins, regardless of the time.

I’m semi-excited about the JU-52. It isn’t an aircraft that I’m very interested in, but I love the fact that it will be high fidelity and I love how much effort is being put into it. That one does have me thinking–especially for the price…

Reno Air Races don’t interest me that much. If the aircraft were high fidelity such that you couldn’t just jump in and fly, and there was a realistic damage model with crashing and burning then maybe…If there were options for historical racers (again, high fidelity) then I’d probably think about it at some point. Realistically, I suspect that the final product will be dumbed down and I think it will sell marvelously, but it isn’t going to be my cup of tea.

The Volocopter is likely going to be a winner among the low and slow crowd as it seems to be a better choice than the Edgely Optica. I prefer to do my low and slow in a Stearman however.

While I can’t say that I’m tremendously excited about any of the incoming DLCs, I am happy to see them–especially those that result in improvements to the simulator generally. I especially like the idea behind the “Local Legends” series. If the JU-52 delivers as advertised and the subsequent aircraft are developed to that standard, I suspect that there will be a good revenue stream there. It feels like a bit of a sleeper to me; while I doubt these aircraft will be day one purchases for me, I could definitely see waking up one day and deciding to go fly one of them just for something new. Maybe the next “Local Legend” will need weather radar so Asobo will be forced to make it available in WASM 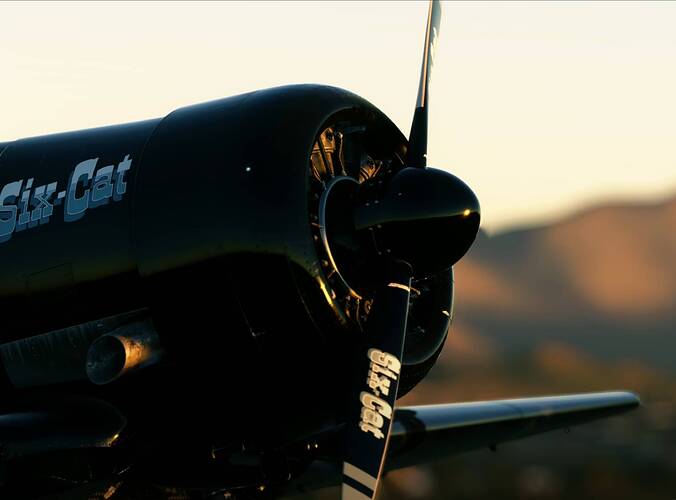 The T-6 has been at the top of my wishlist since the beginning. I’m glad Asobo is making it too. The visual model and the throaty radial sounds will be exquisite, probably better than any third party could do. I’m hopeful this adds improved support for heavy tail draggers.

2022 SimVenture at KOSH is going to be way more fun now with all the Mustangs and Texans flying in.

By the way, an astute observer over at SOH spotted the fact that each different 'Stang is a different model. There is a LOT of detail going into this!

what a nice website.
you have to register to zoom on pictures…

they all look cool, but it’s a bit weird we were waiting for helicopters, better flight dynamics and avionics, seasons, dx12 and cirrus clouds etc and now that ! I guess the dev team’s agenda is totally different from what the community wants to see.

If they’re attachments, yes. In the Screenshots megathread, most of the pics are hot-linked to the user’s preferred photo sharing service. You’ll find several developers hanging out there too. Bazzar is the head of Aeroplan Heaven, and the head of DC Designs is there too. I’d say it’s a great site, but then I might be a little biased - since I’m the moderator of the MSFS section there!

Why didn’t this get removed? It’s off topic. I guess it depends on whose side the topic favors.

The first thing I was asked in flight school was, “Are you ever going to want to fly helicopters? Because if you do, then let’s teach you that first!”

Yep, my Dad was in the rotor-head community for a living, that’s how he described it to me as a kid - the saying stuck!

From the Code of Conduct:

Please report posts that violate our Code of Conduct. If you have reached Trust Level 2 you can report a post or topic by clicking the ‘Report’

button. If you have not reached TL2 or wish to alert us to another issue, please send a private message to @moderators.

Help us help you make this a better board. Use the Flag Function.

Honestly, none of it really gets me excited.

The air races COULD be fun, but it really depends on how it gets done. Because honestly if there is no Player v Player damage or contact, its not got any of the intensity of racing.

AND if it does have player on player contact, then it needs a whole new layer to deal with deliberate crashers, etc, which would almost certainly be a concern.

But being able to beat another player by unrealistically flying right through his plane, no… That’d be silly, and based on where the sim is at, I think thats about the most that could be expected.

The JU52 could be a good add-on, but I probably won’t go in on it unless it gets astonishing reviews. Asobo aircraft just aren’t on par with 3rd party, so its hard to justify buying their planes until something major changes.

I don’t understand the logic behind it. Hardly anyone has seen Velocoter, do they already exist in reality and are they actually used regularly, I don’t think so. Did someone want a velocopter, so I think that there are more users who would slowly want a normal helicopter, of which you know the things are there and they are flown regularly and if you look out the window at home you can also stop and to see one, but Velocopter … Why does Asobo always do what nobody wants but never what many want. There are always new additional things coming, but the basic structure of the Sim is getting worse and worse instead. Sometimes I think I’m in the wrong movie

I don’t understand the logic behind it. Hardly anyone has seen Velocoter, do they already exist in reality and are they actually used regularly, I don’t think so. Did someone want a velocopter,

My bet is the manufacturer agreed to let them at all the data, so they did it. I also imagine there is some marketing crossover in there as well.

I’m with you, I wouldn’t have chosen it either. But at the same time, if I’m Asobo and I’m looking for licenses to replicate aircraft, I take those that show up at the door. Thats just smart business.

There’s a video at the top of the thread that introduces the Velocopter.

The Volocopter is fascinating! Note in the video, how the hand-controller acts very much like the desktop joysticks many of us have - a twist control for what would be anti-torque on a traditional helicopter, the hat switch provides throttle and potentially collective pitch, and the stick handle movement itself provides cyclic pitch. Note how many times he takes hands completely off and the ship stays stable. Should be interesting when it arrives: [Volocopter: Aviation History – First P…

I think largely, it’s a cool piece of new tech that’s important to the environment and could help alleviate traffic congestion, and if you read any current flying rags, really is an example of the next big thing in aviation commerce, it provides an excellent platform for sight seeing, and, the flight model was likely easy to figure out.

It’s pretty interesting actually, and aligns well with what a very large portion of the population of simmers likes to do, despite what some people think is common wisdom.

If this is a joke, it wasn’t funny. I think they don’t listen to the community and go it alone. I’m going back to the real simulators, in a few months I’ll see what this has become.
I’m very disappointed with where this is going.

I think largely, it’s a cool piece of new tech that’s important to the environment and could help alleviate traffic congestion

Speaking of implementing neat environmental tech in aviation, Ravn Alaska signed a Letter of Intent earlier this year to purchase 50 eSTOL aircraft from Airflow as well as planning to purchase Hydrogen Conversion kits for some of their Dash-8s.

One year out of bankruptcy, can Ravn deliver on its green aviation hype?

Ravn Alaska says it will buy electric planes from Airflow and turboprop conversion kits from Universal Hydrogen, but that could just be talk.

Maybe a future update further down the road could include some of these modifications as a Green Aviation Energy pack or something? Could be interesting to see how these operate in a Sim World environment as they are being deployed to the real world.