I was considering getting the Fokker. But I was was watching AVAngel’s YouTube video of it, and I was not impressed. Particularly the single-engine variety seemed to have no power at all. He had a real task trying to get it to climb. But then again perhaps it’s like that in real life. I will give the Fokker a wide berth methinks.

I hope whoever developed the Fokker D.VII will add custom registration numbers in the future

I suggest them to start from a working compass

I gave up wit my Xbox. Restarted at least 5 times. It remains buggy. The plane won’t move an inch and RPM goes crazy.

In the meantime I got it started from the “ready to flight position”. It’s buggy from cold & dark. 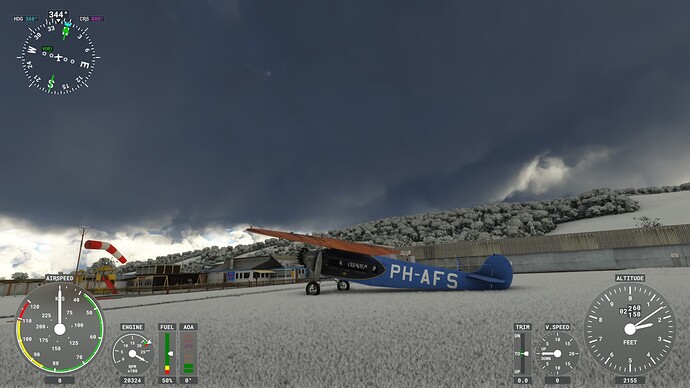 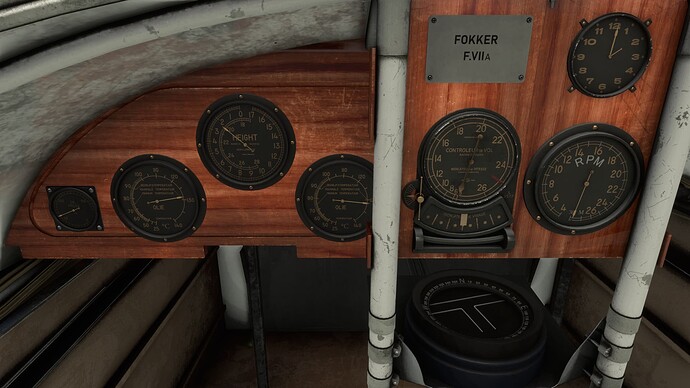 The co-pilot is not displayed in external view, just the pilot.

But even though there is no autopilot, the co-pilot can fly the Fokker reasonably well (AI Pilot).

Ability to have separate control setups for each aircraft without having to manually switch between 20+ controller profiles? Wishlist

What I mean by this is that depending on what you fly, some buttons become un-useful. For example, I have landing gear toggle assigned to a button. That button is wasted when I fly the cubs or small cessnas. It’d be very nice if I could have a controller profile for each plane and the game automatically selects the controller profile for the plane I load in.

Heh I voted on that thread a long time ago. Pretty wild how it’s been wishlisted for so long yet still nothing. Oh well, what the hell.

Anyway NOTAM for those having problems with the RPM going insane and being unable to move: try adjusting the prop. There’s no physical lever in the planes but the propeller control actually works and for some reason it seems to get messed up between flights sometimes so you have to increase or decrease your prop control to get the RPM working properly again. Dunno if that’s mapped by default on Xbox though so you might have to rebind things.

Similarly if you can’t start the engine on the three engined variant then move the mixture up. Yet again there’s no mixture levers in the 3 engined cockpit but the mixture does work and if it gets cut off then it won’t start.

It’s weird that the 1 engine variant has a mixture lever but the 3 doesn’t but maybe that’s because they have different engines and the 3 engined version didn’t have manual mixture control? Dunno but your mixture controls still work regardless.

How on earth do you steer it on the ground? I cant turn it all?

Ahh, ok, I have both planes!. I love vintage airplanes. I didn’t know they were called Famous Flayers.

The Southern Cross has an tail wheel and, yes, it can turn when you push the joystick full forward and move the rudder left/right.

IDK if you are being serious or not but I’ve been searching high and low for a generic autopilot program. One existed for X-plane but the equivalent has not yet been created for msfs as far as I can tell. In terms of the Fokker, I read the documentation that at least the Southern Cross version had a rudimentary sperry autopilot with a similar functionality to that in the Ju 52. Would’ve loved to have seen that modeled.

ahh that’s what I was missing. I tried everything lol
Will try that, it seems like differential braking

Yeah my concern was mainly that according to some of the documentation I’ve read the Southern Cross was equipped with a rudimentary Sperry autopilot. I expect it had similar functionality to the Ju-52’s autopilot which obviously was modeled. I’m aware that Charles Lindbergh flew across the Atlantic without an autopilot but this is a totally different aircraft. Also having some generic autopilot in the sim could solve this issue (or at least act as a stopgap) but I doubt that will ever happen. While I appreciate the challenge of sitting at my computer for 15 hours I think I represent a majority when I say i’d rather be able to put it on autopilot so I can focus on fuel planning, navigation, and ultimately other things in life while waiting.

Here is a good review: 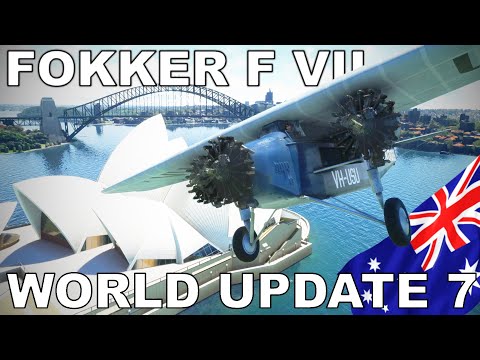 Sad that is has so many bugs. It indeed looks like a very rushed release.

then you need to buy the proper aircraft, this is just 15 euros, you expect too much
for that amount of money.

Even the default Cessna 172 start-up procedure is flawed, so what did you expect?

you need to try better, dont give up so easily, else stick with the easiest to fly ones.

WHAT???
It’s easy to fly, had 2 hours flight without problems but there are too many bugs for so simple aircraft.
It’s not polished at all.

Oh, I don’t know, that 1.5 years into the life span of the sim that, perhaps, learning from past mistakes would result in less of this sort of thing.

But apparently the proper attitude is to set the bar so low that anything is acceptable.