I may have spoken too soon.

I see my update installing additional content such as Kai Tak Hong Kong.

I really hoped they’d made all content opt in, rather than opt out and then delete later. The text presented does make it seem like you download the base and then additional content later in the marketplace, as it should be.

Hopefully someone can confirm that I’m wrong!

Asobo: We would prefer content to be OPT IN. It cuts down on update times, and many people do not have unlimited data, even in 2022.

Reduced update times
Reduced strain on servers
Reduced data consumption for users
Lower carbon footprint across the user base as we wait for only items we want to be installed.

I have been stuck on 13% for an hour now. Would welcome any suggestions. I don’t even want the DHC2 Beaver!!! 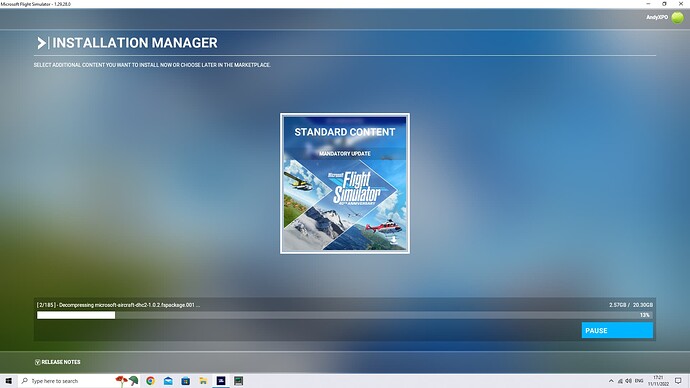 I have been stuck on 13% for an hour now. Would welcome any suggestions. I don’t even want the DHC2 Beaver!!!

Can’t really complain at all this amazing free content (just wow) but reading the patch notes it was a little odd to see that Gliders have 7 tutorials & heli’s have none.

It would also be nice to know where the helipads & glider airfields are if possible.

Ah there she is 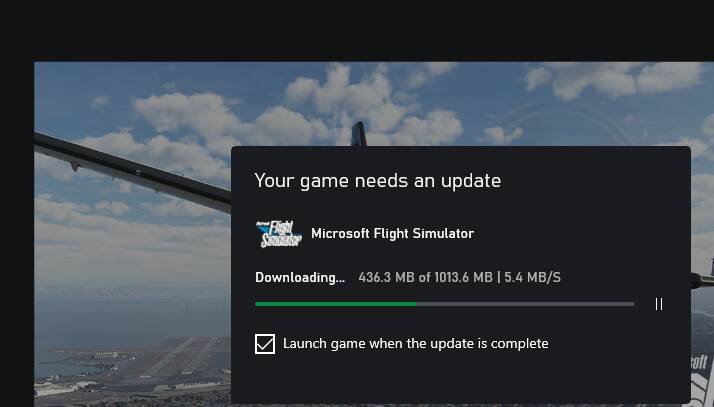 on startup… and then this after the update search,

This will take some time here… thanks in advance Asobo, looking forward to it

I assume clicking the pic in the middle brings you to options to add additional content to the list.

I don’t know if this will help but I managed to delete the offending file from the FS folder (which for me was C:\Users\andre\AppData\Local\Packages\Microsoft.FlightSimulator_8wekyb3d8bbwe\LocalCache\Packages\Official\OneStore) and restart the installation. It picked up where it left off and has now got past the bit where it was stuck. Good luck.

I use the sim with Keyboard/Mouse and a Xbox controller for now, but there this issue since Sim Update 5, everytime i use the right thumbstick to look around some White Dot appears. Ive been looking everywhere from here to reddit and youtube but i cant toggle this white dot off! And it is still a thing in SU11. 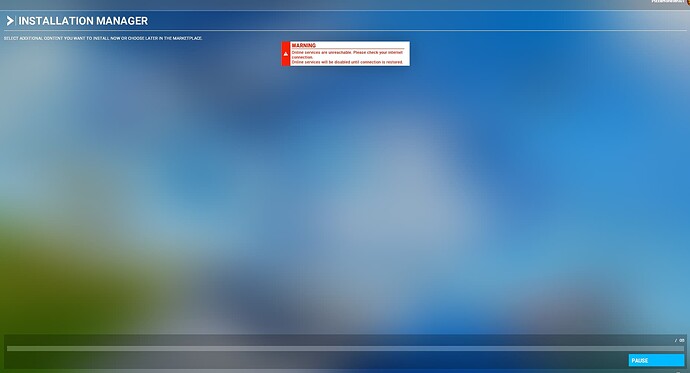 Same here on xbox, can not longer remove the white dot in the center, before when pressing up or down on the D-pad it disappear, but now it won’t.

Your plane is super cool! Brings back memories

I want to congratulate the MSFS team for the 40th anniversary update.
I was a vocal critic of the QC problems that arised after SU5. I just came back to the game, tested it again in the past couple of weeks (SU10 and SU11).

With my relatively old CPU and medium range graphics card I manage to fly out of medium size airports onto large PG cities at low altitude, with FPS hovering around 30, which is what I hoped for.

As a consequence I am able to enjoy the game in most situations. I will be investing in a more modern platform soon to enjoy it even further.

I must say the MSFS team listened to us, the game is now stable, no more random crashes, the experience is fantastic compared to what it used to be.

I only have two somewhat surprising issues:

In any case bravo for the hard work to improve quality. There are no more random CTDs and the visuals have improved drastically, that is the most important.

Glad to be back.

Has anything changed since then? I have the same.

Last night after 30 minutes of trying everything back to normal for me so I finished my installation. But I did not check this morning yet.

Thanks a lot! Appreciate it!

There was something strange that happened for me. About 30 mins before the update was due, I started the sim (well, you never know).

The splash screen was still the old one, but the loading screens were new, showing the helicopters etc. No new content though. So those screens somehow got downloaded silently.

I closed the sim and opened the MS Store and I had some updates, which I downloaded. Then, right on time (1600 hrs here), MSFS popped up in the Store. I should add that I don’t have the XBox app.

Did these updates not make it to the Marketplace on Nov 11?

a must this update full of gifts in the eyes. Helicopter on top for my quest for a film location hehe. a big thank you to you for these moments of relaxation after work Thx thank you hello from France…sorry my English not great…

Mod Edit: BJR
I cannot update on steam fs2020 update hangs on >fsbase file 01.241
So no possibility to play