Thank you so much for this free updates !

This is great news!
Both the DC-3 and the Beaver are great choices of aircraft, as is the A310 for the airliner side of the community. As for gliders and helicopters, it is great to see the sim branch out. And best of all, for free.

Finally, as of now there is still no news regarding either the world update or the local legend aircraft set to release in only two days. I am concerned the release date will not be met. 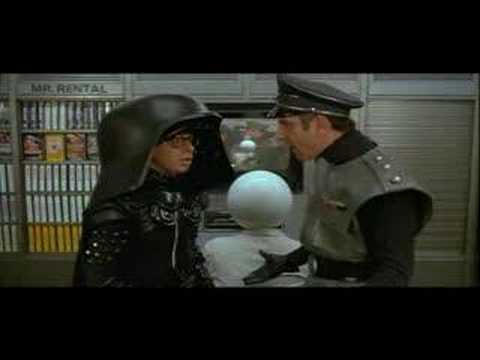 In terms of marketing, the Pelican is pretty genius IMHO. Imagine how many long time Halo players for whom MSFS wasn’t even on their radar will hop at the chance of flying this now. I suspect it’s going to be a lot. And of those, a subset will start flying other planes and get sucked into MSFS and start buying stuff in the marketplace. Seriously, this is genius.

Personally, I couldn’t give a flying rat’s ■■■ about Halo or the Pelican, and this just reinforces my choice of always flying with multiplayer off. If you thought F18s and Dark Stars buzzing all over the place was annoying, this is about to take the annoyance into the stratosphere (pun intended).

So… how long before we start hearing complaints about the Pelican’s flight model being unrealistic? lol

“well what happened to then?”

Ah, someone beat me to it. When? Just now.

Yeah, marketing wise, you might be right.
But the money would have been invested better in fixing bugs which exist for 2 years now.

You’ll get no arguments from me there. Adding more floors to a building with a crumbling foundation is never a good idea.

I’ve never played Halo, and have no idea what the Pelican is… But hey, it’s free, so I’ll take it…

Unless it brings in more paying players that help fund the future of the sim, which can only be a good thing.

I doubt the Wright Flyer or the Sprit of St. Louis are great choices, as they will, despite their historic value, be never used.

It’s kinda like the brilliant Bleriot XI by Wing42. Sure it ain’t a plane I fly often but every now and then I’ll take it up for a spin or dash across the channel. I really appreciate having it in the sim exactly for its historical value and I think it’s really great that these historical icons are available for us to fly and appreciate. It’s a way of preserving history and making it more available to everyone. I’m probably in a minority in wanting to actually fly them though I guess.

Looking forward to the anniversary edition, historical planes and full helicopter support especially. Don’t give a hoot about the Pelican though but if others enjoy it then good for them I say.

Just think about how estatic those HALO players get in their HALO ship and discover all they can do is fly it. No guns, No troops, etc LOL!

Are we there yet?

They have announced the show is ending with the Starfield preview. No update on World Update 10 or the Local Legend. We’ve been told we can’t find out exactly what it is we will be downloading until this show, and now the show is done, and we still don’t know.

I’m 58 years old. I only use MSFS, with occassionally Forza Horizon. My weekends are valuable time. Don’t tell your customers that they can’t find out what the World Update is unless they watch an XBox marketing show, and then don’t even cover what you promised.

I see your point.
They should indeed be featured in the game, but I believe there are aircraft (or more “hidden” developments) the majority of the community would profit more right now.

PS:
No, I don’t talk about the Tomcat

What about the world update? Where was it??

No change, the world stays round.

WU is next week , HALO is sometime today…ARE WE THERE YET!

I have no interest in Pelican (won’t download it), but I’lll definitely be flying Spirit of St. Louis later this year. Great book and can’t wait to fly the plane.

At least this announcement distracts some users from the current FPS disaster.
I hope for this one that the other new planes at least work as they should.

LOL dont kid yourself, it just gives us FPS losers one more thing to complain about!