Zurich! It’s the most beautiful city in the world, period. 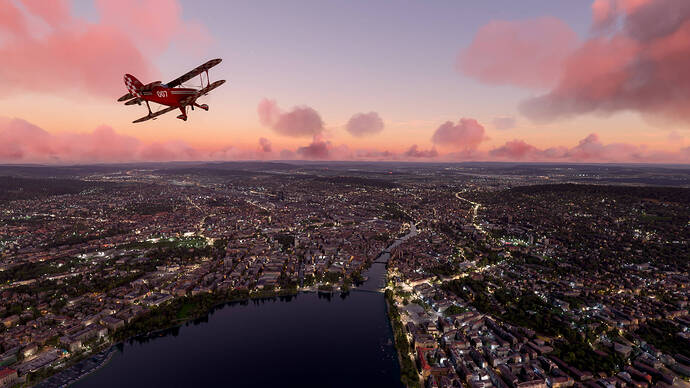 And the people living there - including me - are very “FPS friendly”, as the city itself only has around 400’000 inhabitants. Which makes for a great photogrammetry experience! 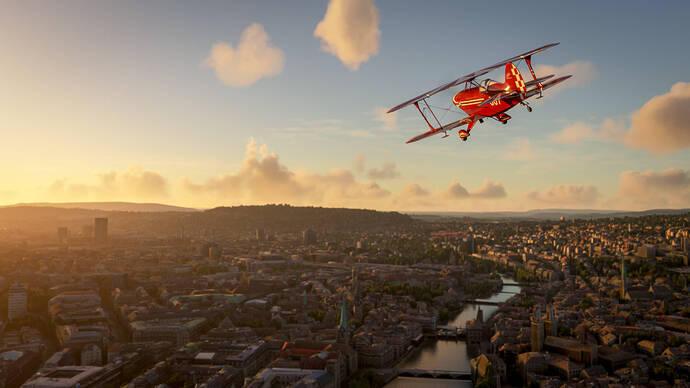 In fact, Zurich is the only Swiss photogrammetric city in FS 2020 so far, but the buildings look just gorgeous - no “London Meltdown”-experience wink wink 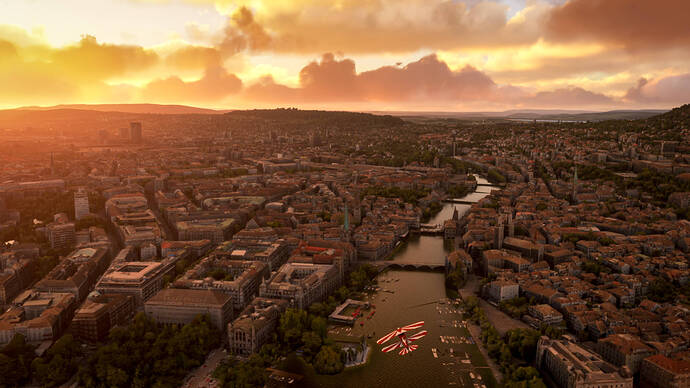 Zurich has both a lake (lake Zürich) and two rivers, the Limmat and the Sihl (which joins the Limmat). We see the Limmat river in the pictures.

On the first picture you can also recognise Zurich Kloten (LSZH) in the upper right (background), Switzerland’s largest airport.

In the 2nd and 3rd pictures on the left side of the Limmat one also can see St. Peter, the church with the largest church clock in Europe. On the right-hand side of the river is the Grossmünster, with its “twin towers” the landmark of Zurich so to speak.

The tallest building in the back left is called the Prime Tower - Zurich being Zurich was never shy of telling the rest of Switzerland how great the place was.

(Well, the “response” from Basel came swiftly, by surpassing the “Prime Tower” as being the tallest building in Switzerland - which is now the Roche Tower in Basel