OK-MAN with some rudimentary VNAV

After watching Into The Blue’s youtube review of the JustFlight PA-28R Turbo Arrow, it was a no brainer decision to pickup the aircraft with the 66% discount for existing Arrow III owners. Coupled with the PMS GTN750 mod, this aircraft is now easily the best GA aircraft in my virtual hanger by quite a long margin!

Today I took it on a local IFR run, from Palmerston North (NZPM) to Napier (NZNR) to test out the touch screen and functionality of the coupled GPS navigation integration. Departing runway 25 with the GUT2P SID, transitioning to the flight plan via IRMIX, then arriving into Napier with the ADGI1B STAR for the RNAV 34 from waypoint OHITI. 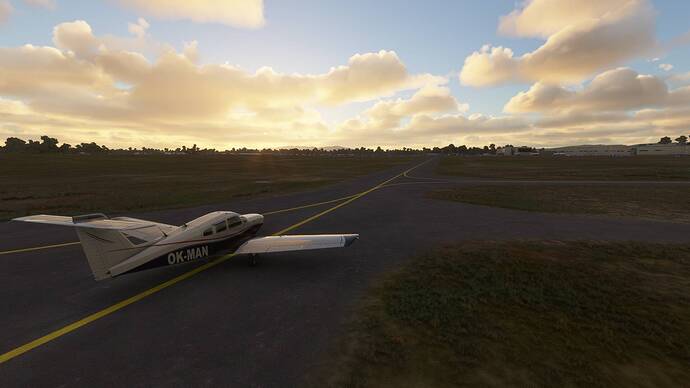 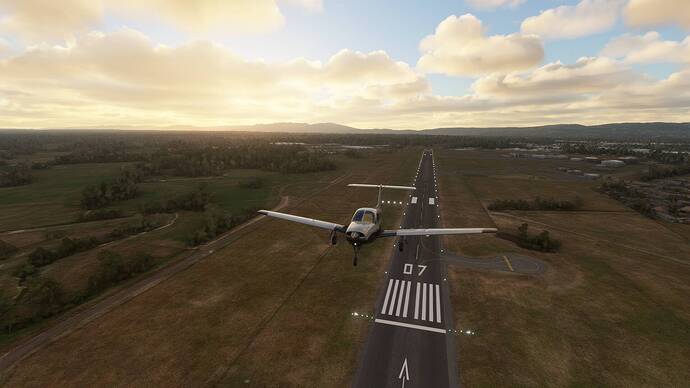 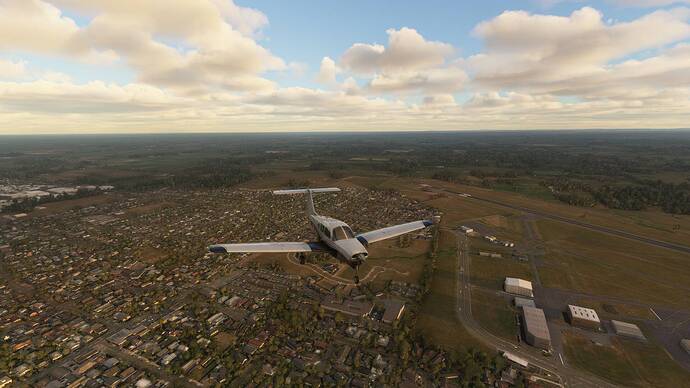 The first departure didn’t quite go to plan, as I wasn’t able to retract the landing gear once airborne. This required a break off into the visual circuit, making a left-hand down wind for runway 25 for a full stop. After fiddling with the setting of the emergency gear selector in between the front seats, I set it to the opposite position the standard JF Arrow III sits in, and was able to make a second successful departure with the gear lifting with the handle as expected. 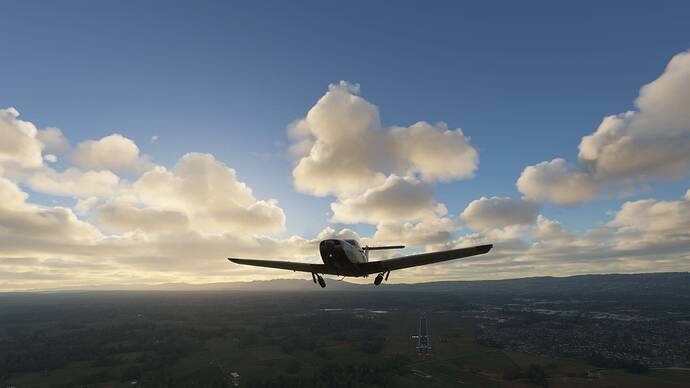 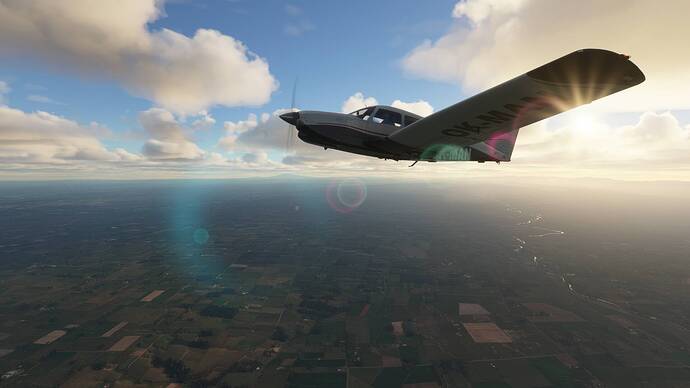 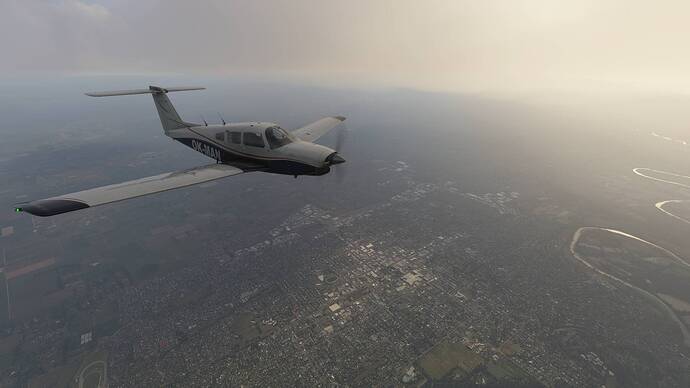 Back over the top of Palmy at 9000 feet tracking north east, with the scattered high cloud providing beautiful atmospheric visuals from the outside view. 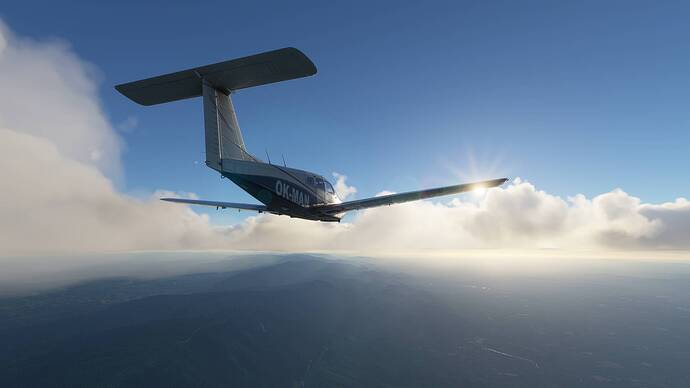 The GTN750 has a VNAV page which allows the setting of a altitude constraint at a certain waypoint along the flight plan, then provides a time to TOD, along with a required ROD to meet this constraint for descent profile management. I set this to 2800 feet at AKINA, the initial fix for the RNAV 34 approach, and customised the data fields in the corners of the main moving map display to show these two variables. 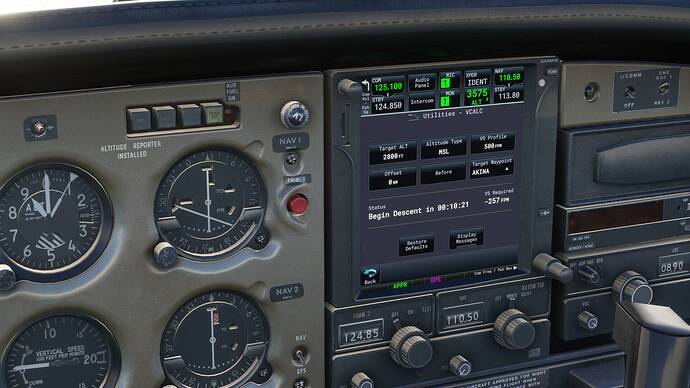 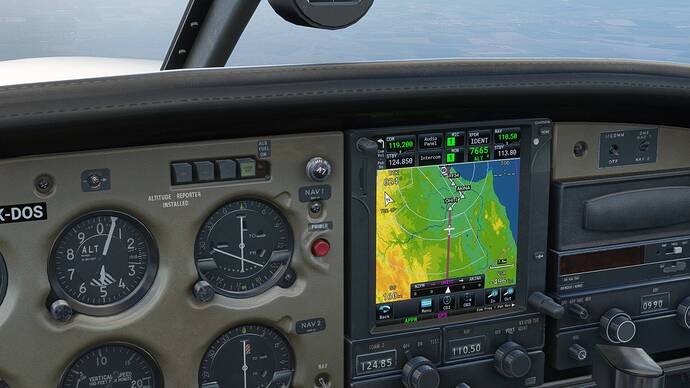 Conditions were VMC through about 7000 feet on the descent, but I kept the aircraft on the rails and used trim and power changes to match the ROD required for my glideslope intercept. Passing AKINA, I had to resort to the approach chart advisory profiles to manage my descent, eventually picking up the PAPI’s for the last few miles. 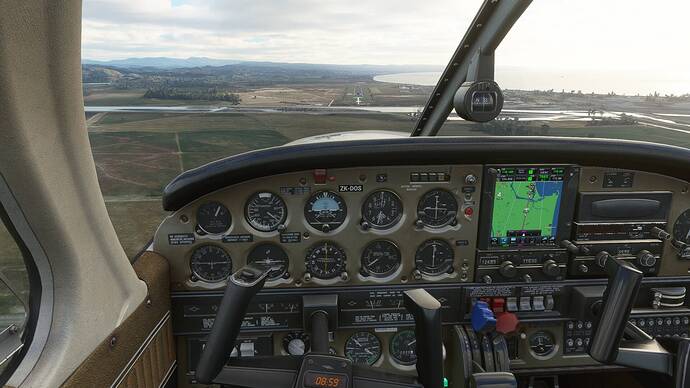 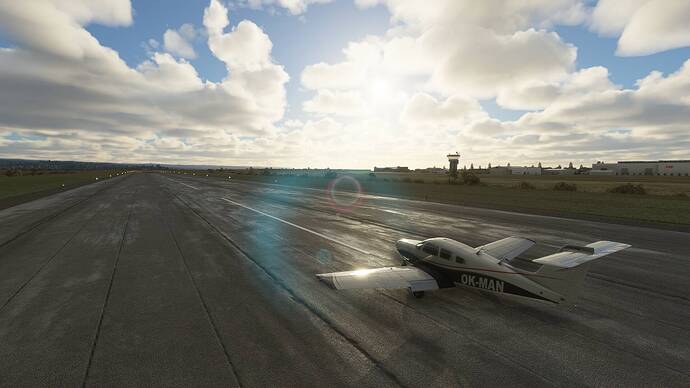 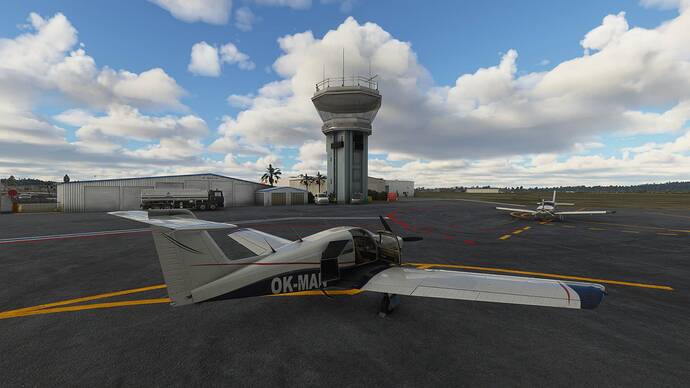 Napier airport has been modded by NZA Simulations and is available as freeware on flightsim.to. In the real world, the terminal building is under construction here as they expand the airport to handle more traffic.