And yet farming sims are more popular than ever, go figure!

I recall seeing the boxes on the shelves in my local games store and doing a double take.
(Btw remember when games came in boxes? Remember games stores???)

And there does indeed appear to be space in the market for them.
But they are goal oriented, they satisfy that need to organise.and provide elements of role play.

Pure flight simulators are an odd beast though and I suppose FS2020 will either have to open up to 3rd party career mods on the console or provide some sort of career mode within the game itself in order to reach beyond the realm of a very niche type of gamer for whom the procedure is the be all and end all.

Done right I’m confident that a good sim can satisfy those who’s needs are pure simulation only and those who would like an element of role play to become immersed in.

Lmao. That’s brilliant. Have you read the (very small) disclaimer at the bottom? I love it.

Let me rephrase then, there has been no deliberate attempt at a visual downgrade.

Well, I don’t believe no one at Asobo noticed they were culling rendering distance. I definitely don’t think it’s some XBox-fueled conspiracy though, I’m with you on that for sure.

Oh for sure they noticed. They are obviously far more intimitely aware of their sim than we are and will have a far greater understanding of the problems they are facing than we are too. They will patch it back up. I’m looking forward to the next Twitch livestream Q&A when a lot of these questions will be answered.

Trying to see it. SU 5
Three screenshots
UserCfg.opt changed and then set to Read Only, Then FS2020 ran. 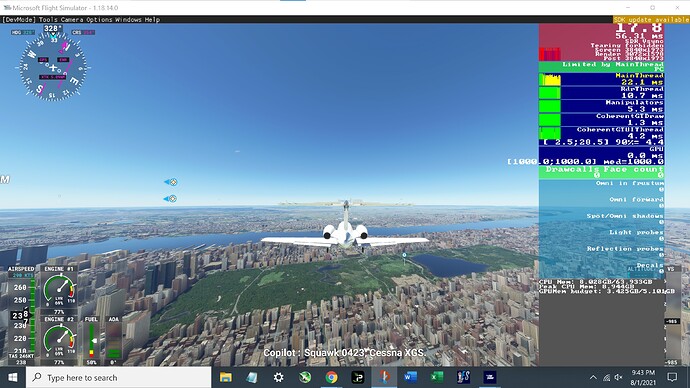 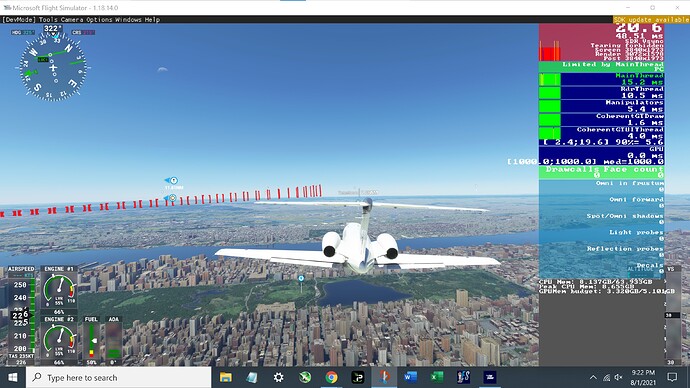 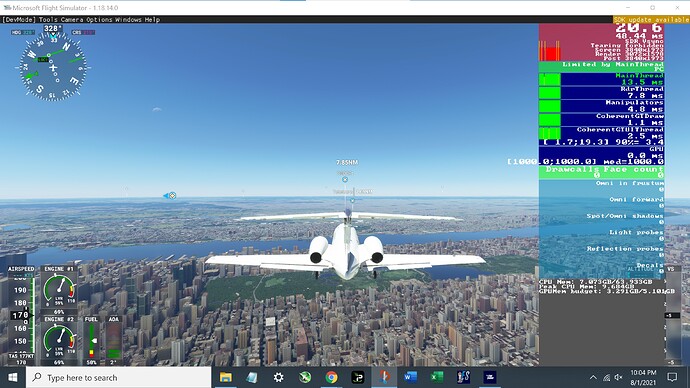 I can’t see the LOD issue.

Can you see it. Please advise. Thanks

This is exactly what I don’t understand. Why did Asobo went against the decision to let each individual decide on their own what they prefer by using the sliders in the options? It just doesn’t make sense.

World does not end at the red line… 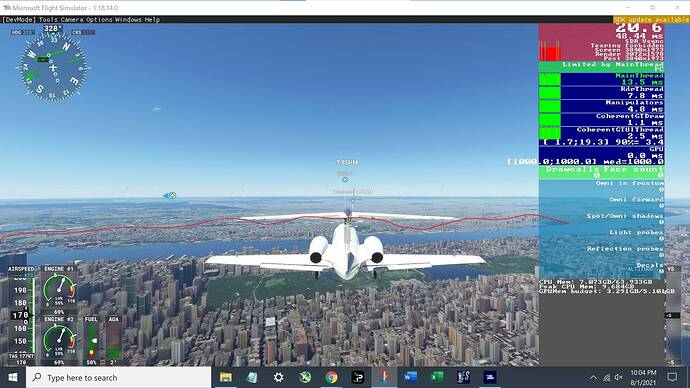 I started watching the video but I have an issue with the first part comparing XboxX, XboxS, and PC. The video or screen captures show the same exact aircraft, the same exact scenery, the same direction of light shadows, the same exact point-of-view, and the same exact location. Basically, two systems were mirroring one. I am wondering how the same exact flight parameters were captured and used for all three platforms. What hardware and software was used?

and I defy anyone to get passed 7GB Memory and RAM its impossible.

Nonsense. I saw 7.8 of my 8Gb vram being used earlier, and up to 13 Gb of system ram with nothing else running in the background.

It is hard to do using the DEV options

This PC downgrade meme is totally bogus. Sheeple much?

Nah bro, some of it is there.

Textures looking sharp and PG looking great. Couldn’t be much happier. They just need to tweak the lighting and clouds a little and it’ll be perfect.
Runs beautifully.

EDIT : Pic removed… compression did it no justice.

Running great for me in flatscreen and VR. Only difference I see is the LOD popup, and that’s not a downgrade, it’s a technical tuning issue. I’ll gladly take some trade offs in other areas for the performance gains I’m seeing in previously low FPS areas, like cities. Still looks great to me.

People need to chill out and stop the pearl clutching.

Works for me, in either flatscreen or VR. People are being ridiculous, you can’t get gains for free, there’s always trade-offs to balance and from what I’m experiencing they are perfectly acceptable.

Good to hear. Will have to break out the Rift for a test. Been so mesmerized with how great it looks in 2D now that I’ve not got around to testing VR yet. Sounds like good news!

Might have to fiddle with the settings a little, but it’s better for me than SU4 by miles & I’m on an old Rift V2. I can read the dials without having to get 1 cm away for one.