Orbz NZ mesh released but I won't be buying it. Here is why

Again why are people assuming asobo are under any obligation to update their mesh resolution above and beyond what the baseline bing data provides. The world updates are a bonus, I really doubt they’ll update the entire world for free.
I hope we eventually get a update for aus / nz but even if we do it may be years out. Given the price, the nz world update could come next and it’d still be worth it.

We can pick on the HUGE number of inaccuracies and lack of detail/precision in the default product, but really, can we keep those criticisms in context? Has there ever been any other sim available on PC that has come even remotely close to as realistic and detailed representation of the entire planet???

Sure, there’s LOTS of things I want to see improved and there’s a huge planet full of problems if you fly low enough and just concentrate on what’s wrong, imprecise or unrealistic. But holy heck, take a breath, gain a little altitude and chill. Behold the wonder that is MSFS. Fly into a sunrise through some clouds over some favorite scenery, simply breathtaking. I am still constantly amazed by MSFS. And yes, I have plenty of frustrations and hopes for improvements. But we have a bloody miracle of a representation of our planet in this sim. Maybe that’s just me, I’ve been simming since I first got Sublogic when I bought my Amiga in 1986 when I was 15. So, perhaps I have a longer perspective and memories of incredibly simple flight sims of the distant past.

I am not buying any third party addons to fix stuff like this.

This needs to be a first party fix.

We need to keep bringing it up until they address it.

This type of attitude puzzles me greatly. Asking for a mountain to look like a mountain is not unreasonable. It is not for the users of this software to concern themselves with how difficult it is to do. Are you really asking us for some sort of sympathetic appraisal of Microsoft, one of the worlds richest companies?

They sold a game on the premise that you could explore a world that looked like the world. I’m not asking for the public toilets on the west side of Hyde Park to be modelled correctly. A lot of people are just asking that a mountain is a mountain and where the coastline meets the ocean that it merges realistically, that rivers run like rivers, roads look like roads, etc. I have just flown over the south of France and there is some pretty tragic scenery there and this is a country with the much vaunted “world update” applied.

For me, this is all a reasonable ask, and don’t worry about Microsoft, they can afford to fix it.

Don’t get me wrong. I’ve gone on MANY a rant about problems and deficiencies with MSFS and have voted on the “smooth mountain” issue and REALLY would love to see improvements there. I have had TONS of major frustrations with this software. I have my list of issues I am bewildered with how Asobo can let them persist when the fixes should be so simple. WHY can’t I assign an axis on my hotas to the camera zoom when it works with the mouse scroll wheel? WHY did London look like a Dali painting even after the UK world update. I COULD complain endlessly, there’s no shortage of valid criticisms to be made. My point is NOT to say we shouldn’t ever criticize. My point is the bitter anger over this software not being perfect or at least better than it is a bit much for me much of the time. I just feel we can make these criticisms in the context of the whole picture. Sure, when someone else makes a sim that is better at representing the whole planet or even comes close, then we can go to town with indignant outrage. I mean, if this sim is so bad and flawed, you really should go use one of the other ones out there.

But, yes, more detailed and accurate terrain is certainly high on my list. And don’t get me started on the trees. At least Bijan is helping with his add on, but like is being said here and I do agree to some degree, the trees should be improved by Asobo!!! But I’m not boycotting Bijan’s product because Asobo could do a much better job representing the variety of the world’s trees. And if someone makes an add on that significantly improves the terrain of an area I fly over regularly I have no issues buying it.

But the big picture is I regularly have outstanding experiences flying in this sim. When it’s shining, it’s BRILLIANT. And I guess I personally have recently come to the conclusion >I< should look on the bright side more, because it simply makes life easier and this sim more enjoyable. That’s not to say I won’t be reporting issues and voting on the ones others report, etc.

Or worse Asobo fixes the terrain mesh later on and the money people spent on add ons is again wasted. Ex. London, Paris

I highly doubt Asobo will do 1 m as Orbx plans, also… London and Paris are NOT wasted. Those add-ons were modified to compliment the new Asobo London and Paris. They still make it better.

I agree it still makes the cities better but not enough anymore to get me to spend money. I bought Paris from Orbx before announcement of WU4. If I knew that Paris would be getting photogrammetry, I wouldn’t have bought the addon.

I find the pictures I have seen so far underwhelming.

has anybody come across an in depth before/after review of this ?

I fly a lot in NZ, it looks really good to me already. I could see a difference in the before/after photos I came across. But it only looked different to me, not better.

So I am looking for some in depth before/after coverage of this.

It’s cheap, but I don’t really want to buy something useless.

It’s a modest improvement, though whatever technique they’re using to prevent lod switching is probably the big improvement.

That being said if and when they add the promised 1m data the lod switching may be more noticeable.

I think I will propably buy it if it goes to 1m data then.

People that think Asobo both promised and furthermore were capable of providing, at release, a 1:1 scenic representations of the entire planet, one that is impossible to improve upon with third party addons, are somewhat delusional.

What they promised and provided is default scenery which is far better than default P3D and XPlane - but it is also far from perfect and can definitely be improved upon. Asobo themselves improve upon it every time they do a world update.

What Orbx have offered is the option to improve the scenery in a small part of the world, if you fly their regularly, at a price that for most people is not a huge loss if Asobo later on do a world update and make it redundant.

A simple mesh, not for me.
But if Orbx include local flora and watermask, yes, I will buy it.

Pics just dont do it justice. If you fly low and slow a lot in NZ then it’s a no brainer. Not only do mountains look better but rivers and roads sit much more nicely in the landcape. A very nice improvement for a very reasonable price, and the lack of terrain morphing before your eyes is much appreciated. For less than the price of three beers it’s already given me far more value for money then the beers would! If Asobo updated NZ next month i would still feel i got my moneys worth. ymmv.

Yep, it has also made a few of the bush strips with displaced thresholds a bit more “interesting” to try and land on

Worth it for me.

VFR in a P28a just East of Murchison (NZMR) with the Orbx mesh enabled. 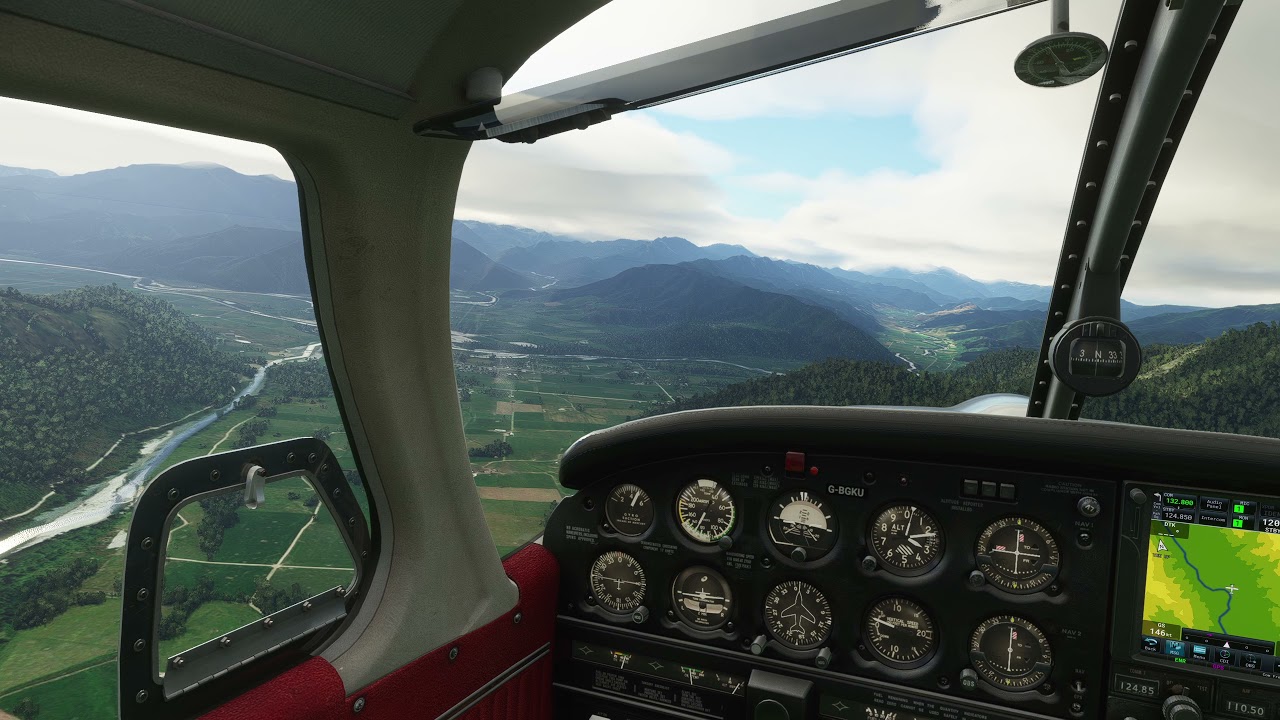