Anyone with a i9-11900K or similar that has looked into Overclocking, Hyperthreading & Virtualisation?

Off the back of another post, I tried turning off hyperthreading today and got astonishing improvements in CPU utilisation and from there more consistent frame rates - it transformed the experience.

But in doing that I noticed that Overclocking was set to ‘auto’ in my BIOS. Is that a good or bad or necessary thing?

And what about virtualisation?

I have the same experience (meaning it’s better) if I turn off CPU hyperthreading in the Bios. MSFS is not well optimized to use multiple CPU threads and I for sure have better VR smoothness and overall FPS when it’s turned off so no hyperthreading. As for OC, that can help a small bit in some games and situations but I also have had CTDs a lot when trying it with MSFS which seems to be more sensitive to that so it’s not worth it in my view, just run stock clocks/settings on your CPU and GPU and ramp up the fans to keep things as cool as possible. And on more recent 12th gen intel CPUs, there are numerous respected reports that show that OC of those CPUs doesn’t really matter as their stock performance is already very high and if you OC they draw a ton of power, create a lot of heat and it’s not worth the tuning you have to do to get stable performance.

When I got my i9-11900KF my research said it had a algorithm built in to inc clock speed to even out workload more evenly across all cores. Maybe check that out.
I have never had a CTD since and it runs perfectly.

My 11900k has hyper threading turned off and MSFS fps are a lot more stable and consistent.
With this CPU Hyper threading = wildly varying frame rate it seems.

I’m considering the AMD 3800X3d the cache lends itself nicely to this sim. Just to boost the lower end frame rate.

Having dug into OC a bot more for my setup, the BIOS only allows Auto, Manual and some profiles - and for the 11gen i9 that I have it seems that the default, auto, is expected to be set.

My experience is that earlier when i had Adaptive boost technology (5.1Ghz) enabled the voltage could peak over 1.5v.
Now I am running manual 5.0Ghz all core at 1.32v and it runs much cooler and with no loss of performance.
I can run it 5.2Ghz all core at 1.46v but that also produces a lot of heat with no noticeable performance win.
I have MSI Z590 MB and I am cooling it with Noctua NH-U12A air cooler.

I use HWiFO to check mine and I can see it varying between 4800 and 5100 so I assume something is working. I also have Z590 MB and a liquid cooler.

I’m finding about the same with an older gen i9 9900k what I have stumbled onto is locking the voltage to a max of 1.420 but allowing an adaptive OC to 5.1ghz and it seems to want to stay at 5 only occasionally dipping into the extra .1 (Ultra settings and a 3080 also on an OC curve)

Oh and I lock FPS at 30 via nVidia

I Only fly in VR, and all my settings are dialed specifically for MSFS2020 in VR.
For non-VR, I could push things a bit further.

So here it is.
Overclocking the 12900K has been a painful experience, one I won’t recommend. But after countless crashes to BIOS, I’ve managed to get a stable 53x all P Cores, 41x all E Cores, and Cache Ratio at 45x. Voltage is Fixed at 1.350 v, offset -0.020 v.
I also had to get a new AIO, Arctic Freezer 420 aRGB or something like that. Which drop temperatures quite a bit.
The crazy road is to test with Cinebench if you ‘only’ or ‘mainly’ are using your system for gaming and or the sim.

So I gave up on Cinebench and did the tests running the sim, it can run forever now. Temperatures mid 50’s for the most part.

Now, about the 3080Ti, I’ve been very happy but couldn’t get rid of stutters, but I’ve got it now!
First of all, and I know this is silly, close or minimize any window and have only the sim running on the screen, yep, that crazily works for me.
And two, undervolt your GPU to a stable frequency, rather than having the thing trying to get settled, which it never does and causes stutters again.
Mine is clocked with Curve at 1995 and 950v. Memory at +800, Power Limit at 110, Temperature Limit at max. Custom fan curve at 100% when it hits 60, my personal preference. Now it won’t pass 79 degrees even flying in NYC, real crazy weather, everything Ultra. LOD 200 which is CPU bound and that’s the sweet spot for my CPU and 30 to 45 fps in VR.

Last, for VR users like me, install and configure OpenXR Toolkit to your taste, this tool changes everything.

There you have it, hopefully, some of you will find this info useful.

By what means do you undervolt your GPU etc?

I use MSI Afterburner, just because it’s the easiest one.
Let me paste a link here.
This guy describes it really well and easy, follow his advice, small moves. 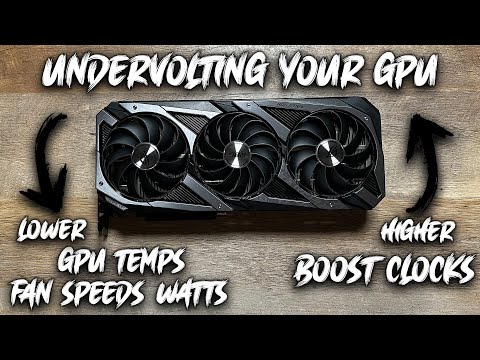 After you watch that, and run tests as indicated.
Go ahead and test with the Sim.
What was good in Uniheaven, did crash MSFS, so I had to go a bit lower on the clock.

The whole idea for smooth VR is to get as much as possible a stable clock speed, under 79 degrees under maximum load.
Achieve that, and you’ll live a happy life, within the sim, that is.

Thanks Suburbannun - I will be trying this

But adaptive OC is still choice for the 4,9ghz. I will investigate that.

@C0rsten
Unless you do manual overclocking/undervolting, you’re not going to get rid of the high temperatures and voltages, IF the 11900k is, in any way, similar to the 12900k.

Think about this, the hottest CPU in the universe, the 12900k.
It took me weeks of tweaking but went from 52x constant Thermal Throttling (90C+) and almost 1.5v to a stable 53x, 1.35, with no Thermal Throttling ever and highs of 80C under the heaviest loads, idle around 20’s
That’s quite a difference.

And the 52x was the “default” recommended by Gigabyte in this case, go figure. 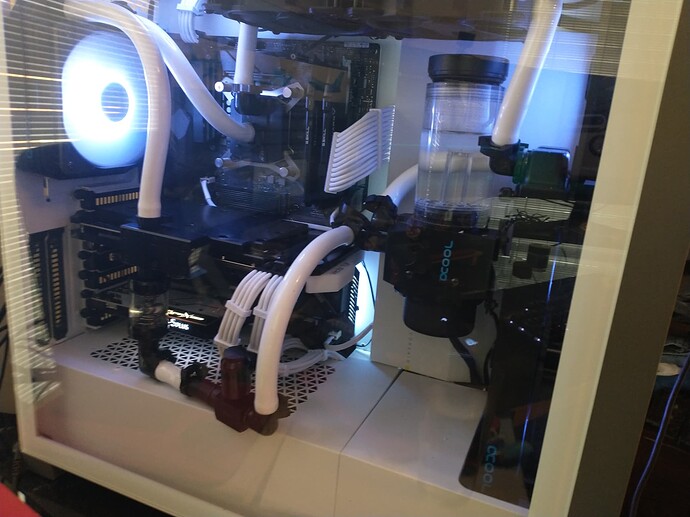 maybe my chip sucks (it has 87sp on the asus score thing) but are there any other settings i can play this to make it better?

Cinebench… yeah, just forget about it.
I went that route as well, following all the usual suspects on Youtube.
But then I came across JayC, who had some wise words:
Test with the apps or games you’re gonna use. Simple as that.

My tests with Cinebench crashed almost every time.

So I started doing all the tweaking with MSFS 2020 and the results were quite different.
Mind you, I use this PC exclusively for games and almost exclusively for FS 2020.

So I’m running a 5,3 all P cores and 4.1 E cores. Temperatures never rise above eighties but only in peaks, when running the sim, 40 to 50 degrees.

I’m writing from the Mac now, so I’m gonna fire up the PC and write down some more numbers for you, voltage and such.
I’ll be back soon.

Just realized all the numbers are in my previous post up here.
You could start with them, and see your performance and temperatures while running the Sim.

As for your question about perhaps some magic setting that affects everything, haven’t found one.
For me, it’s the combination of the whole thing, including my AIO which cools much better than the previous one.