As for purchasing options, is it only available from the justflight website?

where in the world did it install to? the installer said nothing about a location.

Did some test flying, and regarding the price I must say I’m not overly impressed.
In turbulent weather the aircraft tends to respond “digitally” to the gusts, the movements should be smoothed out… The external light effects are not up to what we have on freeware but look kind of FSX’ish.
Parked, the nose wheel hovers a bit above the ground.
Start on primer doesn’t seem to be possible.
The plane looks used, which is OK, but the windows are too dirty IMO, even an old plane can be kept clean.
Standard events for pitot heat, landing lights, strobes don’t work.
The tablet only can display options and some rather unimportant stuff. It cannot be hidden, just turned off. A map or Navigraph charts would be welcome here.
Texturewise it looks pretty good, but cannot reach Carenado quality.
While it’s an older model, the radios and transponder should have been upgraded to meet legal requirements, at least optionally.
That’s what I found on the negative side.

On the sunny side, it offers custom avionics with a range of options, good sounds, and a nice feel. Compared to other aircraft (3rd party or stock) it requires rather large control inputs, but is smooth to fly. The DME is a real 3rd receiver.
With one or two good updates she’ll be a great addon, but in my eyes overpriced for what it offers, as in this regime it’s scratching A2A pricing terretory- and can’t get up to their standard anywhere close.

[The EFB] cannot be hidden, just turned off. A map or Navigraph charts would be welcome here.

That is incorrect. Watch some youtube videos if you can’t find it in the manual. @FilbertFlies figured it out in his preview video.

Well I cannot find anything in the manual regarding this. Would you be so kind to share your knowledge? As I don’t really want to watch through 90 minutes of preview…

It´s the left of two switches on the cockpit panel to the right near the EFB. [switch] 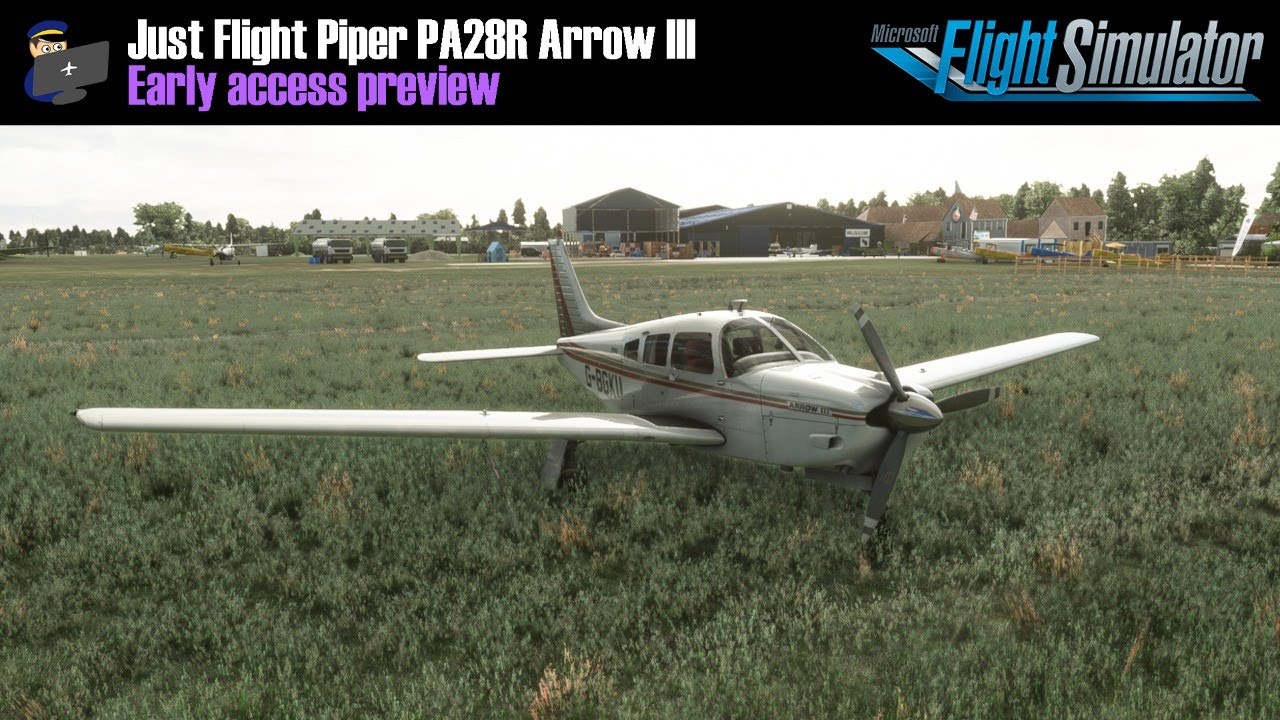 Enjoyed my first 2 flights, despite the FPS dips introduced in the latest update

Looks very good based on a couple of short flights. Flies well, gentle lift off at 70 kts. Seems to perform to the numbers. Textures nice. Disappointed in the GNS530. Expected it to have more functionality than the default for $45. Maybe they will work on it.

Any guides out that walk through inputting a flight plan into the Garmin 100? Reading through the manual doesn’t seem to tell you how to input anything.

Thanks for the insight guys havnt had a chance to grab it yet with work but it sounds promising!

Did you look for a real Garmin 100 manual? How does the functionality of this one compare to the real one? Did you investigate the gauge; did JustFly write it, or is it just a mod of an Asobo GPS?

Did you look for a real Garmin 100 manual?

No, and I have no intention of doing so.

How does the functionality of this one compare to the real one?

Well, I assume on the real one, when you hit buttons to input a waypoint, they actually respond.

Did you investigate the gauge

I don’t know what this means. Investigate what gauge?

did JustFly write it, or is it just a mod of an Asobo GPS?

I assume you’re referring to the manual here. JustFly obviously wrote it, as Asobo doesn’t have a single plane with a Garmin 100.

I’m not sure why you’ve asked me these questions. You’ve provided me with exactly zero insight into the question I asked. Do you even own the plane? Do you know the answer to my question or not?

The section of the manual that discusses the Garmin 100 references “your flight plan” a few times, but doesn’t actually tell you how to input a flight plan into the unit. Basically, it just tells you how to cycle through all of the menus and tells you the information contained in those menus, but leaves out how to input data.

This is the line from the manual that concerns me: “This simulation features several ‘pages’ which display a range of information related to your aircraft’s position and GPS flight plan, if loaded”. What exactly does “if loaded” mean? Does that mean we can’t actually input a flight plan directly into the unit? That’s a pretty big problem if that’s the case. That also means you can’t change the flight plan enroute.

Ok, I’ll come straight out and say it. Very extremely rarely do addon companies provide a manual for the avionics in aircraft. Neither Microsoft or Asobo ever have. They expect you to download the manual of the real thing, and the gauge should approximate the functionality of the real thing, typically with limitations as they don’t normally model all functionality.

But, for instance, I downloaded the KAP-140 manual for the Asobo AP, and they did model pretty much all of the functionality of that unit, and I learned how to use it from the manual, including how to set the barometric pressure on the unit, which is an issue in MSFS because of how Asobo manages Barometric pressure in its gauges.

The reason I asked all those questions was you asked if there were any guides out there. I wasn’t sure if you had searched for the manual for the unit, which, would be the guide. So I was trying to set the stage for answering your initial question.

Now you’ve asked a much more detailed question. I do not have the plane yet. But, if I were to read that, I would assume it meant, if a flight plan were loaded, then it would display. I imagine if they modeled the unit, they modeled the functionality for entering a flight plan. If you downloaded the manual, you could figure out how to create a flight plan with the unit. Then if that didn’t work, you’d have your answers.

Surely you can understand my reluctance to read a 121 page manual when a simple one sentence reply is all that’s needed to answer my question. This is why I asked here, in the thread where players who own the plane communicate with each other.

Given that you’re asking me, no, I can’t

But it’s not up to me to judge that… Obviously, that’s the first thing I would do… but of course, I’ve been reading such things since a young age. But I accept that my way is not the only way… (and perhaps I’m a bit weird…)… carry on.

Anyone know when will this aircraft be available on the Marketplace?

Also if so purchase from JustFlight will it get updated from the content manager?