Is it possible, in an external view, to see the passenger cabin lighting?

Light cabin is green and yet everything is off: 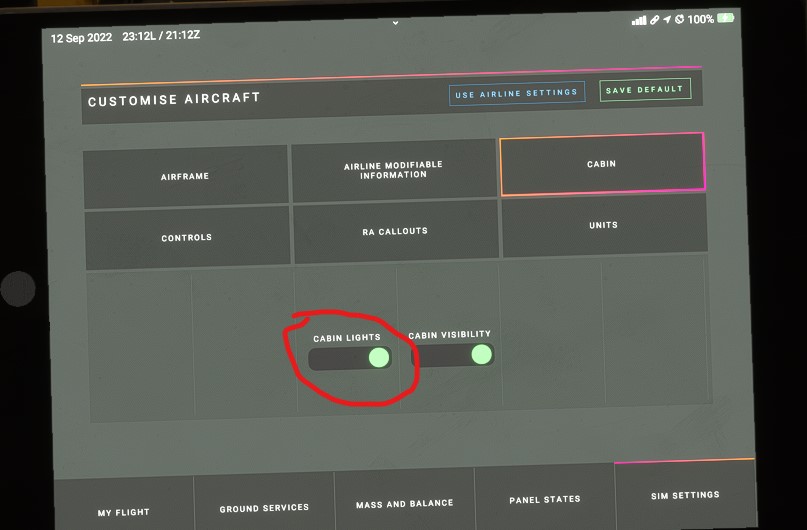 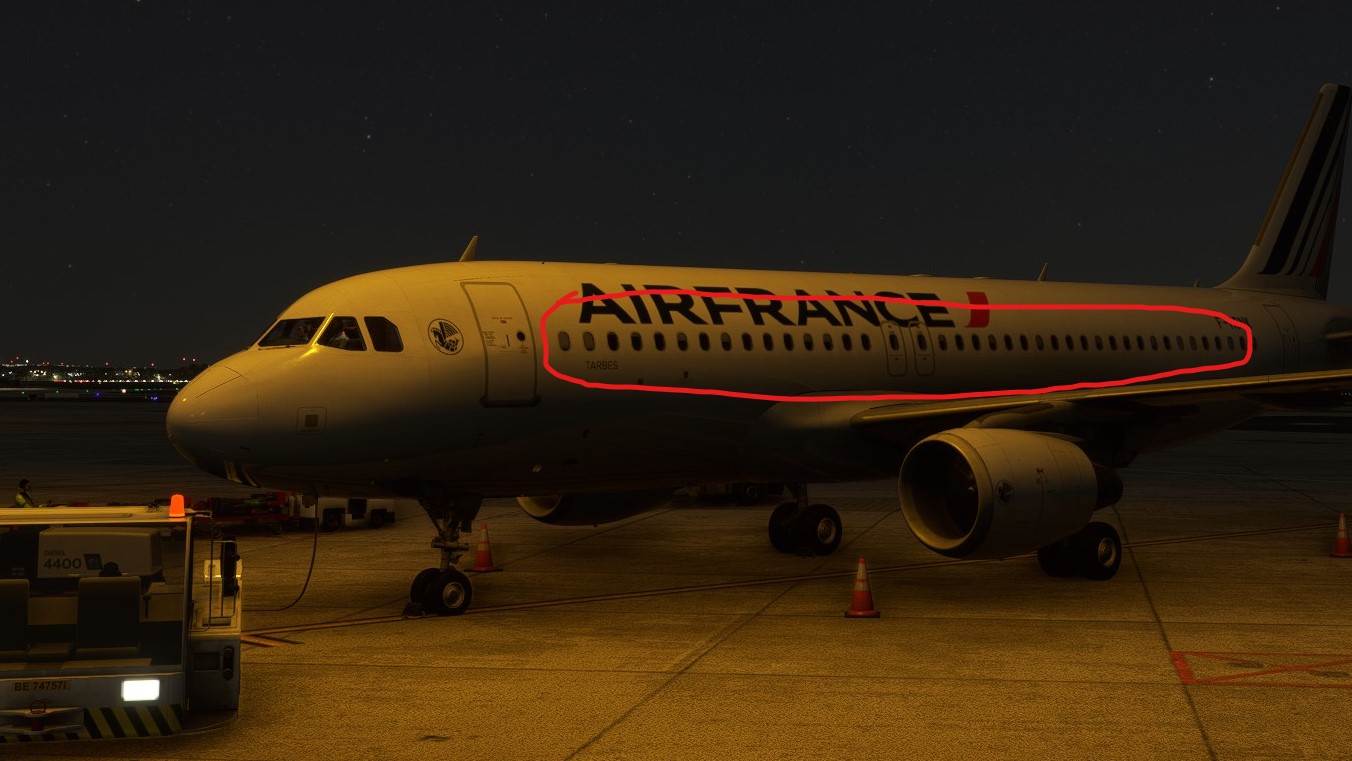 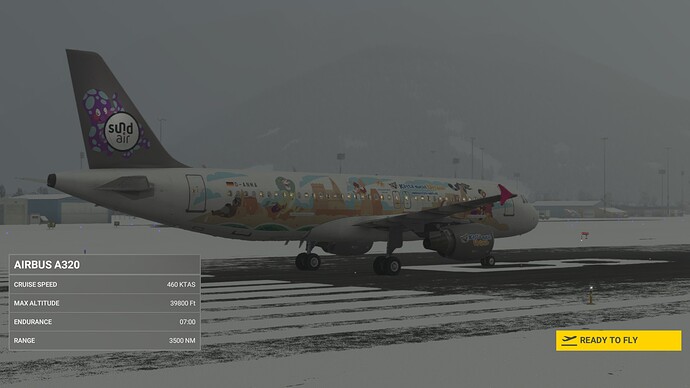 When starting in the late afternoon and landing in the evening, the cabin light stays dark.
But there is also a second bug - the light that is illuminating the tail fin logo does not come on either, so the cabin light and the tail fin logo light stays off no matter if I switch it on in the EFB, or off.
This also seem to happen every second flight or so that the tail logo light just cannot be activated. 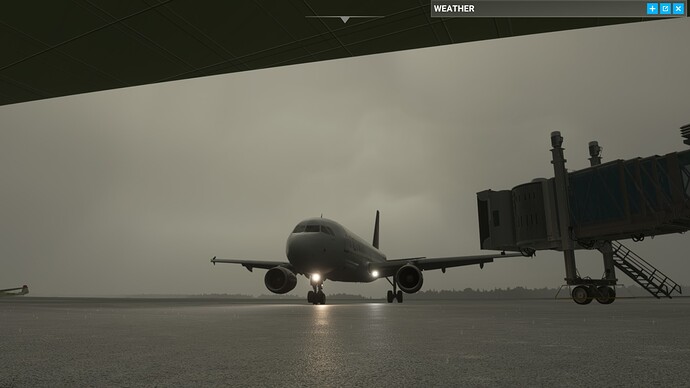 I think the cabin light is also deactivated from the outside view when deactivating the virtual cabin. (but not sure about that, I fly always only cargo only most of the time with that Airbus and therefore have the cabin light always off).
Cabin light off is better and more realistic inside the cockpit at night because there is always some annoying unrealistic light-bleed shining right through the cockpit door and into the rear parts of the cockpit, and I like my cockpit fully 100% dark with only dimmed LCD screens and dimmed background light bulbs on (INTEGR LIGHT).

Thank you @GamingCat2130 for your well explained answer:
“When starting in the late afternoon and landing in the evening, the cabin light stays dark.”
It was exactly during a flight in this situation that I noticed the problem.

They promised a Fenix patch before SU 10!

But maybe the Fenix patch will arrive before SU10 because on my Flight Simulator no SU10 is installed yet.
A few days ago someone write “SU10 release in Netherlands today at 7pm” but on my Steam version no big update for the Flight Sim and no Update for the Fenix was released yet.

Should I contact Fenix because of the passenger light issue?

I found where the problem comes from.

BEACON, STROBE and car lights are not illuminated when:

• Renames the folder of a bundle

• installs an unofficial livery (without going through Livery Manager)

I fly only the Fenix default livery because this one looks best, and the passenger cabin light issue is here too