PEOPLE. Get a GRIP!

Like FS 2004 and FSX, I view FS 2020 too as more of a platform. I think maybe the dev team need to continuously communicate their roadmap intentions based on criticisms they hear from customers. As long as I’m reassured that yes, the features you saw in past versions will be making their way into this version fairly soon, I’ll be happy with my purchase. I also hope addon vendors will end up with a more feature-rich and better-documented SDK too because they can help fill in the gaps that the devs didn’t implement for one reason or another.

Totally agree a clear roadmap is important. They’ve done one basic update on development priorities on the 20th and another is due on the 27th. I think once we see a few monthly release cycles people will settle down. There is always the lingering worry that the developers are going to just leave the product but that’s not going to happen.

That said this product will never be “finished” - no matter what state it is in people somewhere will point to missing feature X and say the game is completely broken without it.

In my humble opinion: In my decades of gaming dating back to the late 1970’s, I seriously cannot say I have ever played a game that launched without a hitch or twelve.
The big difference between then and now is the value of UPDATES. I’m highly certain Microsoft will keep us up-to-date with this as they resolve issues.
I am frustrated as much as many, but I do believe MS will take care of it in time.
Happy Flying Everyone,
-Mark

Simon now operates a website called “The Aviation Herald” which is a daily compendium of reported mechanical issues and aircraft incidents / accidents worldwide. An excellent resource, and very well regarded in the r/w aviation community.

Ha! So he does. I didn’t realze that site was his, I must be blind!
I’ve refered to it a few times over the years.

Thanks for the info. I went looking on the Nomisoft site to see if anyone I remember was still around and amazingly there were still a few still posting, although rarely.

To the OP: Who are you to tell me how I handle bad products?

On a POSITIVE note, has everyone seen this new interview about updates and improvements coming as early as September?? 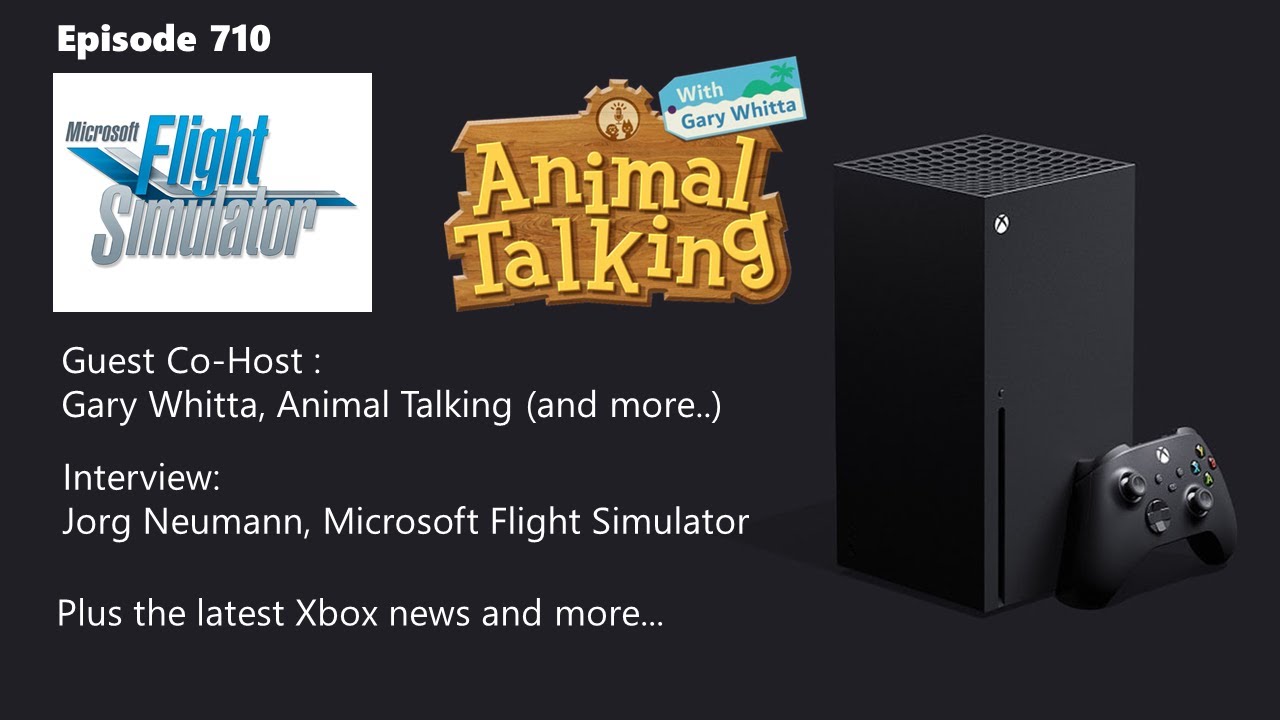 I think having that kind of monthly update schedule is a great intention. The question will be, in that first major update, how much of the balance will be new features versus resolving known issues.

Like it’s great to be adding new features, but in my mind right now I’m thinking, “Okay, how many of those new things will be broken or sloppily implemented like the base release code?” That’s unfortunately the precedent that’s been set.

So to me the #1 thing I’d want to see is establishing some more stability in the base package and confidence moving forward. That gets the ship back on track and then the new features on top of it can really shine.

On a POSITIVE note, has everyone seen this new interview about updates and improvements coming as early as September??

Thanks for sharing this

It was only aimed at you if you consider yourself to be a “whiner”.

Is there an official bug-tracker webpage for MSFS?

Actually NO, IT ISN’T! It is FLIGHT SIMULATOR not VFR SIMULATOR. If you wanted just VFR flying with a leather cap and goggles and scarf in a sopwith camel then they should have made that and advertised it like that.

They would’ve received a lot less criticism had they sold it as “early access”… Anyway, I’m happy to finally get my hands on it… still lots of open issues, but it’s already very enjoyable in its current state.

I think the major difference between game development and “serious” or better “business” software dev is the clientel. Gamers are mostly rather young people who call gaming their hobby. The gaming industry knows they will buy it anyway, just advertise the game, run a good PR and you can be sure your development pays out. The quality is not important, only expectations. Youtube makes it fairly easy, all you need is some good footage, some people commentating and you WILL sell your copies.

You can’t do that with a tax manager or an organizer. Your clients are enterprises or self employed people who can’t afford an expensive program that won’t work. You have to take care of your reputation or these people won’t buy anything from you anymore. Imagine a totally messed up Photoshop. These kind of programs must work when they are sold, you can’t tell someone who makes his living with your tools that you will fix it sometime down the road, it’s just an initial release. They will refund it and will never touch your software again.

Games are mass production, they are meant to sell many copies quickly so you can go on with the next project. Try to get personal telephone assistance with Call of duty or Fallout. Well, or Flight Sim.

The problem with Microsoft is that they are absolutely not depending on Flight Simulator. If we as a whole Community decided to judge with our wallet and refrain from purchasing it MS would immediately drop the sim and Asobo as they did with FSX. Back then FSX hardly ran on the commonly used PC systems and people still had to buy CDs, instant and quick download wasn’t available with 128k modems or DSL 1000. So people asked their friends and read forums before they went and purchased it and so they ended up with FS9. There was no infrastructure except a PMDG 747 and a LVL-D 767, no charts, no EFBs, no weather, no nothing, the whole community was much more “professional” OR totally arcadish. But no money to make for MS anymore at that point. XPL was a niche product, addon scenery almost not available. All this has changed with faster computers, better graphics and Direct X 10 and later 11 and eventually Lockheed Martin providing their sim to the public. Now MS obviously sees the money that can be made and introduces the new wonder simulator. Streamers praise the lord or they won’t get any free copies in the future and so our expectations are high. Now that we’ve got just another incomplete game many people are totally pissed off. I understand them, the “serious simmer community” is probably not so experienced with other game releases but at the same time they have started flightsim with programs that have already been evolved to FSXSP2, P3Dv3 or XPL10. They just don’t know all that drama.

I’m in a facebook group of real world pilots and a common view is that it’s great to be able to fly to areas we haven’t been in reality and still discover its beauty from above. It just loks so real. Everyone there knows how many factors influence a real airplane and how difficult it is even for a Level-D training simulator to replicate all that. None of those sims are “real”. They just replicate as good as possible and you can’t actually learn to fly on them. And so there are different exectations regarding the sim. I think this missing real flight experience is what makes “arm chair pilots” rant so much. They compare it to evolved and matured flight models from developers for Xplane or P3D and don’t know that even these great flight models are still far from a real flying aircraft.

Asobo has done a really good job with how they made the weather, moving air, even the ground behaviour. It’s a great start but it will take its time to be developed. I’m sure the early release was due the pressure from Microsoft for the reasons I mentioned above.

I agree - I don’t see them abandoning active development of MSFS anytime soon, but it remains to be seen what aspects they decide to leave to 3rd party developers.

I just hope they “finish” the existing planes in the sense that obvious bugs like the issues with mixture leaning, autopilot, G1000 weird behaviour and lack of certain basic features, receive some attention, as well as some of the most glaring inaccuracies in plane peformance (over-/underpowered planes).

I also hope they don’t leave all the landscape improvements to 3rd parties. Comparing to Google Maps, Bing Maps lacks behind severely in terms of 3d cities outside the US. Take for example London and Paris, no 3d data there, I hope MSFS pushes for Bing to acquire new 3d city data at a faster pace than they did in the past years.

It seems to me that there is a pretty significant misconception regarding VFR in the sim community. VFR means “visual flight rules” not “it’s not serious flying”. You can fly a 747 VFR as long as you stick to the rules.

Flying VFR you can use VORs, GPS, NDBs, even vectors from ATC. But they are not your official and main reference. You have to have an eye outside, ground visibility all the time, clear of clouds depending on airspace, 8km visibility around. Then you can fly VFR up to 10000ft in Europe and most parts on the world and 18000ft in the USA and Canada.

And IFR does NOT mean you are not allowed to look outside btw.

MSFS as the first sim natively supports full VFR navigation. So if you want to fly VFR in a VFR certified airplane you can use MSFS as a VFR simulator. 100% and with no disadvantages.

However no sim we have ever got was IFR capable out of the box. It always required addons.

And I am going to assume you know the minimums for VFR is 3 statute miles visibility and 500 ft below clouds. But thank you for filling me in on the items I didn’t learn in flight school in 1991. Next time it might be better to ask the person what they may or may not know as a suggestion.

nonsense. we were flying vfr since the very beginning. the world has gotten better thats all.

also nonsense. you could fly ifr from the very beginning as well. and at least back to fs98 we were flying IFR with stock aircraft on vatsim

nonsense. we were flying vfr since the very beginning. the world has gotten better thats all.

THIS is nonsense. You cannot fly a VFR arrival or departure or care about airspaces when you don’t see landmarks. Your GPS is NOT a valid reference in VFR. You flew around in the past not caring for anything, that’s all. No compulsory reporting points, no legal VFR. That’s the misconception I was talking about. VFR has rules too.

also nonsense. you could fly ifr from the very beginning as well. and at least back to fs98 we were flying IFR with stock aircraft on vatsim

stock MS/LM aircraft don’t even have the required equipment for legal IFR. And vatsim already is an external addon. The sim itself never provided that service.

THIS is nonsense. You cannot fly a VFR arrival or departure or care about airspaces when you don’t see landmarks.

there were plenty of landmarks in fsx and even fs9

absolutely you could fly vfr.

yes they do. always have had /A