Havent flown for 3 days and will not until problem is reported by devs that it is solved.

Yep. I haven’t flown either since this problem started. I don’t care to lose any settings, so I’m not going to fire up the sim until we get the all clear. And since there hasn’t really been any dev communication on the subject, I feel like it’s going to be a while.

I’m also not playing the sim until it’s cleared. Instead I downloaded Project Cars 2 and am now playing it in VR with my Reverb G2. Highly recommended! Great way to kill the time until Asobo fixes this mess.

Not that I’ve seen, unless they’re in one of the compiled files. Three of the files are human-readable XML (two for bindings and one for sensitivities), but the others are compiled. Unless someone knows something I don’t (very likely), I won’t be reading those anytime soon.

Thanks!
From what I can gather, the graphics settings are saved somewhere in “the cloud”.

Microsoft flight simulator is like a good wine as it gets better when time progresses.
This program is barely a year old and when a wine in this state I shouldn’t even consider buying.
so we have to be patient but most of all keeping our faith in our developers!!
It is way too soon to abandon ship now.

lets grab a bowl of popcorn together with a favourite beer of choice and watch their live Q&A today @ 17:30z.
hopefully they will have answers to this problem and much more great stuff like world update 4.

re “Packages out of date” error, and if you are still getting this:

I kept getting this error but according to my content manager, all my packages were up-to-date. I then noticed from other posters that the (3) packages that were “out-of-date” belonged to the World Update II: USA. I had opted out of this download as I fly exclusively in New Zealand. This explains why my content manager didn’t show any out-of-date packages. So, feeling somewhat compelled, I DL’ed the World Update II:USA package; and since then no Package out of date errors!

However, mucking around trying to figure all this out, I lost my logbook.

Thank you! Will get this looked at by the devs

Why has there been no response from the developers in 5 days? They really need to say something more than “We are aware of the problem”.

There are suggestions on this thread that logbook entries can be made safe by backing up certain directories. Why is left to the community to discover that? Even if the developers are incapable of fixing the problem, at the very least they should be giving advice on how to secure the logbooks thereby saving even more users from losing their data.

I am MSFS2020 Steam user. I have been able the restore my game settings and logbook after losing these settings due restart after " packages out-of-date warning".

My solution as steam user:

Go to Steam installation folder probably C:/Programs Files(x86)/Steam/userdata/STEAMID/125xxxxxx/remote and replace 3 files with your most recent local backup (hopefully you have one). The 3 files are datausage, kh_logbook, profile_00.

Restart MSFS2020 and the Game settings and your logbook are restored.

Best to often to take a backup of the entire remote folder because also the hardware controller settings are inside.

I had a similar issue. I changed my gamertag. It did not change in game so i decided to logout ingame. Then it got me to the xbox login prompt and I was unable to click the button. Restart of fs did not help. I fixed it for me by doing the following steps: Without running sim I renamed the folder c:\Users<sername>\AppData\Roaming"Microsoft Flight Simulator" to .org. Started the SIM and was able to login, got to the download 90GB page Alt-F4 deleted the newly created folder. There was nothi…

indeed helped to login again with my XBox account (in fact, I believe the problem is related to my “high resolution screen”: my native resolution is 5k (yes, 5k, not 4k ;)), but i set the FS202 resolution to Full HD (1920x1080). When I temporarily renamed my user FS2020 folder I noticed that the login screen shows up in native 5k resolution (again) and - most notably - the XBox login screen that appears after clicking on the login button" is centered on the screen - and tiny: the fonts are barely readable (rendered in a 100% scaling, instead of a scaling appropriate for the “high resolution” which requires basically a 200% scaling). Now what might happen - when the FS2020 rendering resolution is set to a lower value - is that the “XBox login screen” is “centered” off screen (= not visible)! That is just an educated guess, of course, and I will add this guess to my existing ZenDesk ticket, if possible).

But back to the topic.

As (unfortunately) expected my “flight hours” were also reset to 0 (from nearly 200 or so - interestingly Steam itself indicates that I had spent 540 hours already: so that means that I spent nearly twice as much in loading screens, updating the sim, selecting liveries etc. than actually flying; LOL

The following data was lost within FS2020 (-> Profile / Pilot Profile):

Interestingly though the following data was not lost (within FS2020):

At the time I saw the “packages outdated” dialog I was:

I was also switching between servers “North Europe” and “West Europe”, as initially no players seemed to be around (and I wanted to check whether anyone was flying a Spitfire or Goshawk).

The information probably does not help much - but who knows… (in case this thread gets read by anyone from Asobo anyway - there is again a lot of “meta information” to wade through here ;))

I am with you when it comes to sim improvement, features, detail, accuracy etc.
But losing or corrupting the log is inexcusable. Especially when they take the responsibility to store it in the cloud.

I can only imagine what would happen if the log is lost in some MMO games where again it is stored in the cloud. There would probably be riots, street fights, looting etc…

Therefor for all those people who lost hundreds of accumulated flight hours, I hope there is a way or solution that those hours can be recovered.

Hopefully more on that on the upcoming stream later this day.

3 attempts this morning to fly A320 Flybywire from Munich to Bergamo. Each one ended with ‘Packages out of date’.

It’s not worth even attempting to use this junk. 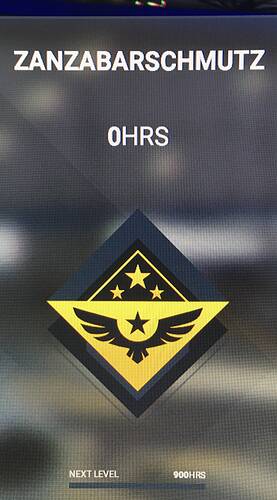 Loss of nearly 900 hrs from logbook. Was on a 10 hr flight … made it 8 hrs only unfortunately answered yes to the message. Thought continue meant to continue the flight. Bad choice of words on that message I suppose.

If it is any kind of consolation, like many others, I pressed no, finished the flight with FSX level graphics, exited and restarted the sim, and still lost my flight hours.

Yea I don’t think there’s any pattern or sure way to prevent logs from being lost. Like I’ve said earlier your basically playing Russian Roulette every time you open the Microsoft FS application.

Whats the lineup for today? Has anyone heard anything?

No doubt, more of the same…

Just a question / curiosity (maybe it has already been answered in these more than 700 posts and I missed it):

Does this issue affect Steam and Microsoft Store users, or only Steam users like me?