The process of creating 3d objects from 2d photos is a technology that has been worked on by many for years. 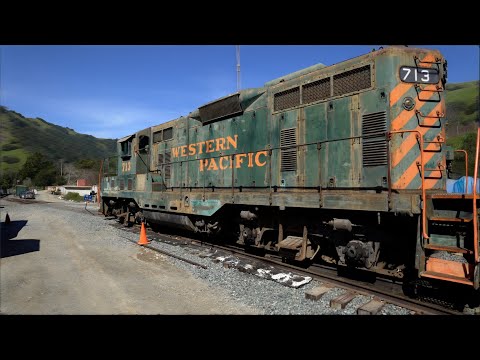 Satellite images are a 2d image, and from that photogrammetry tries to interpolate the height and transform it into a rough 3d object.

Cell phones have been taking 3d photos for a few years.

To do it, you really need at least two photos from different angles – and the more photos you have the better.

There are plenty of technologies that can be used to take photos – vehicles, aircraft, drones, etc. or even community contributed photos.

All this time that has passed, it would have bene possible to collect photos and build the 3D world from that. Not on the client end, because the compute resources aren’t there to do it in real time.

But the 3d objects would be assembled over time on the back end, by computing the 3d objects from the photos, and stream the end result to the client.

I’ve seen no improvement in photogrammetry since the product launched two years ago, which leads me to believe they made a crude set of algorithm to operate on the satellite photos and from that single photo alone compute a very crude 3d object. I’d call it tessellation on steroids.

I didn’t necessarily expect better at launch, but I did expect over time the photogrammetry would improve.

Guys, I think there is some misunderstanding of what photogrammetry can do. PG is always going to look melty up close, that is a limitation of the tech, not the sim.

No one is expecting to peep through keyholes and I think everyone understands the limitations of the tech and how it works, it’s probably the very first let down we all experienced when we first booted up.
However, in my home area sometimes the city is total blobs and other times I can easily identify the graffiti art. Sometimes I’m kicked off and pushed to offline mode when my connection is solid.
IMO the amount of detail is network related and some larger cities simply cannot be managed with the current software configurations… it’s not always living up to even the understandable limitations. Downloadable maps and the cache should be helping but they seem entirely ineffective to counter the blobs.

And we have all downloaded and updated this software and seen those difficulties… Is it any surprise we have network problems within the sim too?

That does look like a server issue. Things can look flat for a little while as the dimensions get loaded in. Especially in photogrammetry cities. Doesn’t this work itself out for you after flying in the area for a few minutes?

In Paris case nope. London too. As someone stated above, US cities tend to be fine as are the likes of Tokyo etc

Have you cleared your rolling cache?

Ok… I took a, “How bad can it be?” approach and booted my XBOX and loaded a flight above the Louvre.

I thought yours was a case of unrealistic expectations. Photogrammetry looks best if you don’t know the place, because you pick apart the details of the places you know well.

But then Paris loaded… and OMG this looks bad. Like, German occupation in WWII didn’t leave Paris looking this bad. It looks like Godzilla walked across the town.

The mesh and textures appear to be streaming in an incomplete package… and yeah, this appears to be either a bug, or a server issue. Asobo wouldn’t approve a release of photogrammetry in this state. Something is broken. Hopefully on the server end because that could be fixed without us all waiting for a patch.

At least there is a LOT of the world out there with working graphics.

This is not, “Photogrammetry is a flawed method but it is the best we have.” this is something seriously broken right now in Paris. And I suggest everyone load it and see for yourselves if this is a universal issue, or just some isolated cases.

Exactly! Other European cities with PG look the same as well but other parts of the world with PG like US, Japan, Australia look much better so I wonder if it’s the particular architecture of European cities that is difficult to render in PG or just really bad data.

London confirmed to be terrible, too. Ok, I am convinced this is an issue.

And if memory serves, I have flown above both of these cities before without these terrible graphical glitches. But maybe they have always been this way.

I know I have had great flights over Venice. That is an old, European city with odd, angled streets and alleys. Similar to Paris in some key ways from above, so I don’t think it is a photogrammetry issue. In fact, I would be shocked if Asobo ever used such incomplete data for a city on purpose. I imagine something is very wrong and these cities are supposed to look far better than this.

Oh yeah London. Both that and Paris has been terrible since October last year. Never used to be.

And i know that because i flew the Discovery tour several times on xbox when it first launched and then when i bought my PC in September.

That feels like the last time I really visited the area, and it looked fine compared to other photogrammetry cities.

I mean, once in a while buildings will load oddly in any photogrammetry city, and then the next time they will load fine… but this is more like, the hand built buildings stand out like sore thumbs because they are the only buildings with a proper, building shape.

Its something that needs fixing definitely.

Vigo is majestic though!!! im in love!

I think part of what I was getting at got lost in the reading. I know about the tech, and I know about the cellphone apps that can make your very own bad melty 3d models no matter how hard you try (they really are awful).

What I was driving at was “Can you show me anyone doing it better at the same scale?” And what I mean by that is full cities reliably looking great. I don’t think anyone is doing it any better.

CAVEAT: I understand and agree strongly that some cities are better than others AND that servers and network performance can cause different users to get different results. That’s the internet we live in. Different systems get different settings too, when we started this discussion XBOX never even entered my mind and then it got mentioned and I have to admit that could be quite a lot worse.

Anyhow, back to the point, I think the real issue isn’t the quality of the process, its the quality of the data, and its impacted by servers that don’t seem to be able to keep up. But I don’t think I’ve seen any hint that some other company is doing it better at the same scale. And that is what I was asking for an example of. Another company doing it better at full city or regional scale. If there is something out there, then maybe Asobo or Bing team aren’t hitting all the marks, but if there isn’t… well, maybe the tech just isn’t ready to check all the boxes for every player just yet.

Exactly! Other European cities with PG look the same as well but other parts of the world with PG like US, Japan, Australia look much better so I wonder if it’s the particular architecture of European cities that is difficult to render in PG or just really bad data.

I would buy that argument.

I can certainly imagine that if you have a program looking for patterns to work the buildings, U.S. grid style cities would be really simple. But in Europe and much of the rest of the world where its more diverse and organic shapes, it would be much harder to guess at the edges.

I cannot fathom Asobo intentionally replacing autogen scenery with something so vastly inferior, and geometrically flawed. This really seems to be something else, like an incomplete data package or something.

Like, flying around Paris today it was hard to find one building that was correct, unless it was hand made. That’s not the type of thing that would pass Asobo QC when they release new photogrammetry cities.

Worth loading Paris if you haven’t yet, to see with your own eyes.

If I get in FS tonite I will. Thats not a part of the world I look at much.

I hadn’t flown around there in MONTHS and was really inclined to agree with your take on things. Then I loaded it and… this is uncharacteristically bad. Like, worth seeing with your own eyes.

We all know the limitations of photogrammetry with the caveat: It still always looks better than autogenerated scenery in spite of its flaws.

Paris is BROKEN… if it is streaming like what I saw a few hours ago on everyone else’s machine, you should be quite surprised by the state of things there.

I get your instinct to think it is just the limits of photogrammetry, but load right inside and above Paris and you will immediately see… unless this isn’t a universal issue.

It is not a subtle issue. Everything looks wrong and… crinkled.

Are you on XBOX or PC?

I just tested this on my PC and Paris looks MUCH better, like, I would be ok with this.

Earlier today, on XBOX it was broken.

I cannot run further testing to try and isolate the issue right now, but it seemed worth mentioning these mixed results.