Please Help me with this graphics issue

Please watch this clip I uploaded. As you watch it pay attention to this area of the screen: 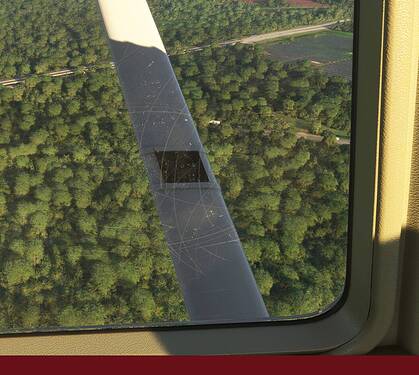 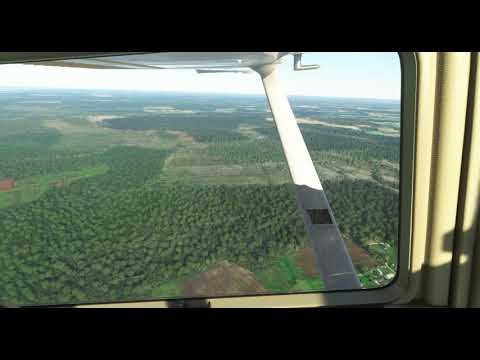 All help is appreciated. Yes the community folder is empty. No add-on scenery. Vanilla game.

Pretty sure that’s the post process AA, or some other post process artifact. You could test and see which settings does it, id start with turning off AA, but id imagine things will look allot worse over all.
Very common in modern Engines, just really easy to see in FS while sitting in a static cockpit watching the world whizz by.

Thanks. I have turned on, off, high, low every setting I can find. It is like there is an invisible border around the support and frame causing distortion. I don’t remember it before SU5. I have turned off fringe in the .CFG file to no avail.

Just checked to make sure and i get the same effect, just looks like Post Process stuff.
Sounds like you couldn’t find whatever causes it so im guessing its just on by default, not much to do about it that i know of, its kind of like Aliasing on objects where they look all jaggy, just one of those issues with all graphics engines.
Its pretty much in all modern games though, just easier to notice it in MSFS.

I have tried to explain it here:

This can only be fixed with DX12 I learned. The issue is this: when a part of the plane blocks part of, say, a building, then the shadow of that building cannot be drawn at that moment. Only when the whole object is in view, the shadow gets drawn completely. Seems to be an issue in any game without ray tracing. Pop in is a different thing, so I learned too. This is a lod-related issue, like complete buildings coming into view too late. I hope that I’m summarizing correctly here.

Nothing to do about this right now. Try flying out of London City to Heathrow in the c172 and look to the left. You’ll see this effect also with the reflections of the buildings in the water. When part of the plane blocks the building, that part of the reflection or shadow can’t be drawn.
People told me that every game with DX11 has this issue.

And here’s the post by someone who explains it better:

Most people do not catch such stuff. Anyway, it’s also a type of culling, called the occlusion culling. In this case, the airplane is the occluder. The algorithm can be really finely tweaked, so they set how much percent of an object has to be occluded in order for the culling to ensue, the LODs that the culling process will use, etc. There is even larger issue than textures in regards to the sim and the parts that required optimization - that is …

Flying vfr reasonably low in Kenya a lot.
I see this all the time. It drives me nuts also.

I hope DX12 will sort it out. Talk about IMERSION killing !!

Thanks for those links sir.

I wonder if it’s motion blur working backwards… If you have that turned on, try turning it off.

Disclaimer: This is little more than a W.A.G., but it’s worth a shot…

Thanks. I have tried it on and off. Makes no difference.

I’m seeing it everywhere too and it’s annoying as can be. It’s an issue introduced with SU5. Right now, it can’t render things you can’t see. So if your wing strut is blocking view of something, any reflections or shadows cast by that object are also lost.

Ray tracing is the only way to fix this. That will allow shadows and reflection of objects you can’t see to still be cast in your field of view. That will likely be rolled out with DX12, likely in SU6 or SU7.

I hope so. I spend more time tweaking than flying. It’s just not fun anymore…more like a chore. A few times I have been ready to double click the icon, then said “Naw, it aint worth it”

Anyways. Lets see what the future brings us.

I think what you might be seeing is the sim trying to make it realistic by putting scratches on the window.

Thanks, but no. The post is about the trees and or shadows morphing in from behind the window frame and wing support. But I do appreciate your input.

Someone here said that this issue has been visible in the sim since launch, but that we see it better now because of the higher contrasts/new color scheme.
Would be nice to check out some pre su5 video’s to see if this is true.

One thing to keep in mind, is that when one captures video and posts to youTube, there is a lot involved in that process where the video is scaled down in resolution and compressed down – with lossy compression. The trees being mostly out of focus are because of that.

There also appears to be a halo around that wing support, which is probably because of anti-aliasing. Though I have seen similar thing in one game and it turned out to be and issue with how that game renders and the screen space reflection feature.

I would suggest to turn off anti-aliasing and see what happens. What will probably happen, is that wing supports edges will look pixelated, but the issue you see is gone.

What anti-aliasing specifically does is try to make edges look more natural in terms of no longer looking pixelated. But that often comes with artifacts like what you see.

Thanks. I have tried AA off and all the other AA settings to no avail. I do appreciate your suggestions.

Constant tweaking is a feature of MS flight sims especially. I remember endless threads in FSX forums about it where many people said they spent more time adjusting their GPU settings, cfg files, and looking for sweet spots in their sim GUI’s than they did flying.
The occlusion item above seems to be as good an explanation of this issue as any.
DX12 is being prepped as a cure all though which could lead to disappointment if it doesn’t do all the things people are hanging their hopes on it for…