Please Update Cities/Airports in South Korea! A lot of them are missing!

I wish I could upvote this more than once! South Korea has historically been severely overlooked throughout flightsim history, and as a South Korean it’s sad and sometimes frustrating.

Granted, I think much of the trouble stems from S Korea’s policy on imagery & maps data. Korean entities get exclusive access to high-quality data, but are heavily censored (namely, airports…), and foreign entities (like Google or Bing) can access lightly-censored data (airports are present, but runways are skewed) but with poor quality. (for example, compared Naver Maps vs. Google Maps)

I sorta see where you’re coming from but objectively speaking, most of S Korea’s scenery is kinda … cruddy. Actually, really cruddy. Seoul’s not too bad, but if you fly down south (e.g. Daegu) then the quality goes down to the gutters … so bad to the point that Sentani, Papua has better scenery than Busan.

As for your first point … you’d be surprised at the size of the simmerbase there. I’m sure the cities in Europe and North America could be improved further, but the fact is, the level of quality there is more than suitable for 98% of all intents and purposes. I can see my own house in Norfolk VA and yet I can’t even locate my parents’ general neighborhood in Seoul. I know this kind of detail is unprecedented, and I don’t want to be that entitled prick, but I think we can all agree that it’d be more beneficial to bring most globally-significant cities to a similar level instead of further improving those that are already good enough.

In that respect, I respectfully disagree that the sentiment to improve Korean scenery is simply “국뽕”, or that S Korea is a “stupid country.” Also, need to work on your English, my friend… 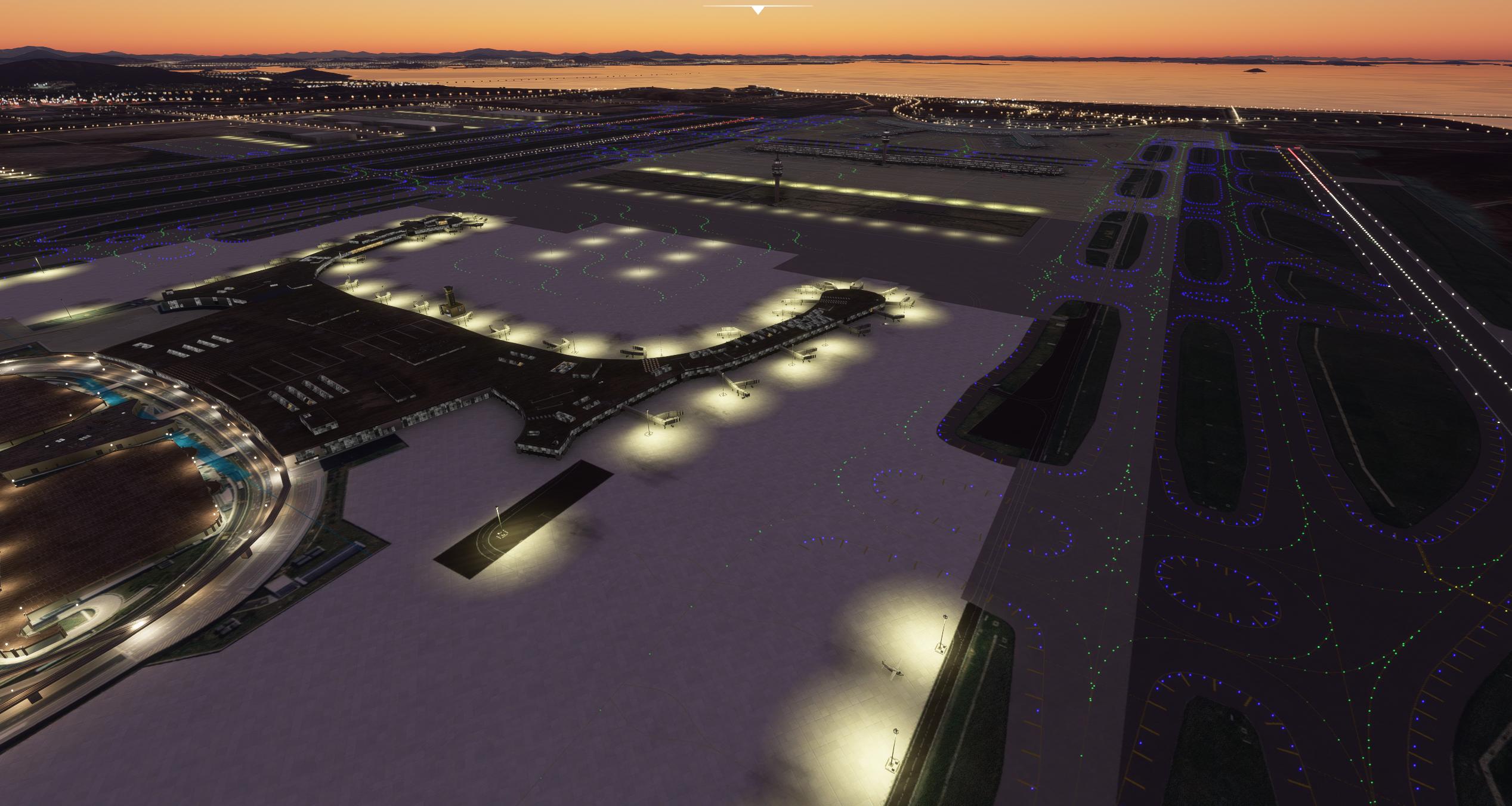 The forum is in English only.

This forum is only able to support the English language currently, thus English only posts. However, in the Multiplayer section looking for groups or friends to fly with, is the one exception where other languages are acceptable

I am a German user, but I have been for several months in South Korea.

I also request an update of the country. The scenery looks terrible at the moment. I visited Seoul, Busan, Jeju and smaller cities and locations and South Korea has so many iconic buildings and locations that I would like to see in the game. For instance Lotte World Tower, the 5th tallest building, is cut off in MSFS. It is really a shame currently.

I hope to see a big update one day not so far away.

The previous version of flight simulator had a lot of landmarks that are not available any more. This is so disappointing

I would say more globally an Asia update with South Korea, China, Thailand and many countries in Southeast asia would be great. Cities with no official third party addons could be upgraded like Bangkok, Guangzhou, Chengdu and add southeast asia POIs like Great Wall of China, most beautiful temples in Thailand especially Chiang Mai or some beautiful landscapes.

The problem is with Bing Maps. I was stationed in Jinhae (Chinhae) for several years and all the military facilities in the area have been converted to forest. The same in the Seoul area. They are visible on Google Earth.

Incheon International Airport is the number one airport in the world. The current appearance is unusual.

Not sure if this link breaks any rules (sorry if so) I found this article has a good section why the scenery is not up to the standard we expect due to the nation in questions rules and regulations. I expect Microsoft/Asobo are working it however I feel it’s a slow process. Hopefully it is being worked.

Microsoft Flight Simulator's default representation of the capital of South Korea is quite poor and Seoul City Wow is the solution.

I agree, it is true that not only Korea, but Asia area as a whole is inferior in quality to Europe and North America

I agree with this opinion
Korea is the 10th largest economy in the world. Korea, one of the major countries in Asia, is being neglected too much.

Not being neglected, but having very strict rules on satellite imagery and data of airports that are used by both civilian and military traffic (many of them are). Only Korean companies have a decent quality of images and google does not even provide road navigation (not allowed). The government says it is because of national security, but it looks more like protection of their domestic companies because Korean companies provide very detailed satellite images and road/traffic data through their apps (Naver and Kakao).

Microsoft has to do everything fully officially and legally, while 3rd party developers take no permission from anyone, which is why they make airports in Korea using data that they did not license from anyone or did not obtain permission to use commercially (grey area basically).

I believe that the issue is less critical for this request. The law you have pointed out is more about exporting domestic high-quality mapping data overseas and doesn’t (and cannot) cover the already available overseas map. (See KOREAN LAW INFORMATION CENTER | LAW SEARCH for English translations (Article 16))

Thankfully, for sceneries, maps are less critical than satellite images. We have somewhat functional maps already available through OpenStreetMaps (which are not based on domestic information and allow commercial uses). Developers can obtain high-quality satellite images from other non-domestic sources (e.g., Maxar has really good images)

This would be very problematic if we are developing a route planner app (e.g., Google maps), but for sceneries, the regulation is much less relevant.

Of course, I agree with you that there are other problems we need to consider (e.g., airports with military facilities, blurring out some of the sensitive facilities). However, to be honest, most people will still be happy with a bunch of POIs, landmarks, and more ‘Korean’ building sets. (We miss good-old Korean ‘apartments’!)