Brief description of the issue:
The POI, Glenfinnan Viaduct, has a pink checkerboard texture where the rails graphic should be. To date, this is the only location I have discovered where this occurs. 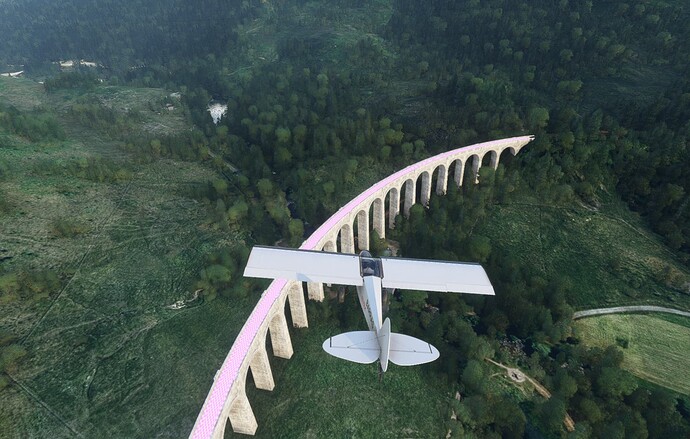 Detail steps to reproduce the issue encountered:
Issue is always present - I have tried uninstalling and reinstalling the UK update and also the entire game, however the issue persists.

Build Version # when you first started experiencing this issue:
Not noticed until after the GOTY update, but may have been present earlier.
I have only 2 third party addons - Brisbane City (Australia) and a Bell helicopter.
I have seen other posts regarding pink airports and planes, but nothing similar to this.

I’ve just noticed the same at Glenfinnan. It’s one of my favourite places to fly to, and I’ve never noticed this before so can only assume it was introduced by a recent update

I see same… may be a missing texture…