So I’ve started flying across Mongolia, which is an impressively stunning country. Unfortunately some of the texturing is really poor. I captured these pictures on a leg from ZMUL to ZMKD. I checked the imagery for the area on bing maps which looked ok. 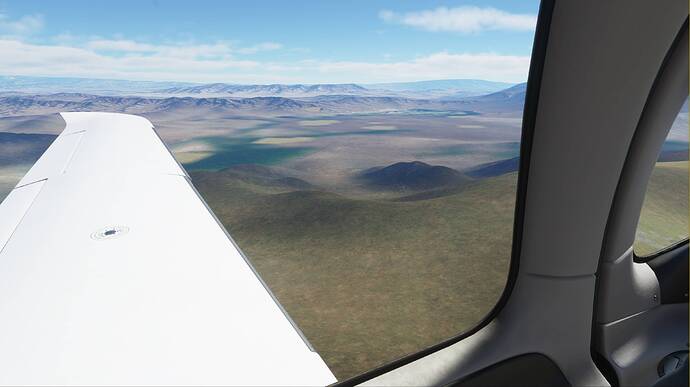 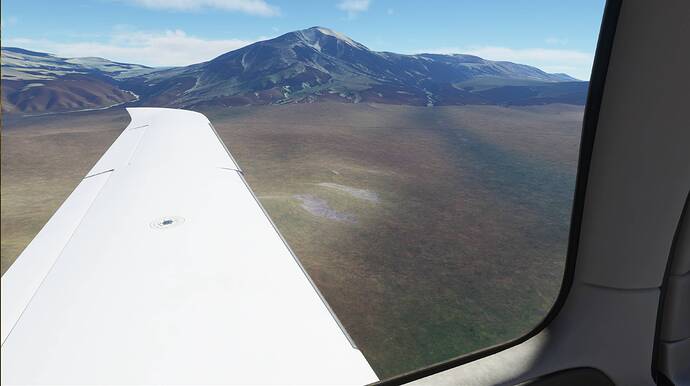 I know the update focus is always going to be on more popular well known areas but it would be a shame if places like this get totally neglected.

Have you checked your Data settings and make sure everything is on?

Agree with you. I had flown maybe 50 hours in different parts of asia and the bing maps processed are often breaking the immersion. No one expects photogrammetry around the world, you don’t get every country to agree… sure. But many areas just have approximations of height and only a generic Xplane-look-a-like generated overlay. And i really hated that generic xplane textures…
Again, no one expects photorealism at this unpopular places, but it would be great if there were believable card material, so you don’t notice it when flying above 1000m…

Bing has no high resolution imagery for that area:

Lol at how they spliced the two images together… One taken at different season.

That whole area is a patchwork of imagery taken at different times and resolutions.

Hopefully in time some better data will be available for areas like this but meanwhile just slapping some contrasting poorly matched generic textures on just seems lazy. It would be nice if they could come up with something a bit more convincing!

Pretty sure over time they have to improve it, when the community grows and the locals will complain and hopefully the focus will shift away from the western countries. Not to forget that the improvement of maps isn’t MSFS or ASOBO’s business, as the raw material comes from Bing.
Another way of improving the world faster would be decent sponsorship in regions, where local companies sponsor their surrounding.
Until then i change my time settings to the golden hour when flyling in such unattractive areas as the lighting can cover up, a bit…