Please stay on-topic of reporting an issue/bug. Thank you.

I just don’t understand how they ALWAYS break stuff, before eventually getting it right, but breaking something else. Between these stupid popcorn clouds, and me icing up in the A320 on the ground, WHEN I HAVE ICING COMPLETLEY OFF anyways, is such a major cock up. Not in the sense that it breaks the game, but like, how are such simple things getting messed up? I honestly would like to know…

I have not flown with live weather in who knows how long as I am tired of dealing with Asobo’s weather… And I hate this, I love varied weather enroute. I love starting somewhere cloudless, then flying into a thunderstorm. I do not like huge pressure/wind changes, that overspeed the aircraft and throw the plane off of it’s altitude or heading by hundreds of feet or degrees. I get that this weather can exist, but it happens every single flight.

Sorry for the rant, and going off topic a little, but it really is frustrating. I feel like the one thing (and one of the ONLY things) Asobo had right at launch, was the live weather. Somewhere along the way, they lost the plot, and it just keeps going down hill…

This is probably noise in the data that always exists even when it’s clear skies.

Hopefully they can fix this soon.

I really hope Asobo have some expert for the weather in their team……otherwise I can’t see that beautiful and realistic weather we had coming back.

If the expert(s) are there, why did “that beautiful, realistic weather” leave the sim in the first place?

Because they listening to the ”experts” here at the forum saying METAR-weather is the most realistic weather because the weather in the sim absolutely need to match those 100% to be realistic. To me neither METAR or prediction is real weather. Both are just numbers. METAR is more accurate but less detailed and prediction is less accurate but much more detailed. Together they are something in between, more of a mess to me. Some thinks it will be real weather if they are together but they can’t be. It will always just be numbers. The real weather can’t be inserted in a computer. We will always just have numbers in a computer.

And to me those predicted/calculated numbers were more realistic numbers to me even if they were calculated 12 hours ago.

C’mon, I don’t think any reasonable, well-intentioned simmer expects the “real” weather to be injected into their computer. Yes, it is all numbers, but interpolation and algorithms are what is used in the computer world to take raw data and create things. It’s called “simulation” for a reason. Look at what a simple phone can accomplish these days - it’s all 0’s and 1’s.

Besides, there are competent 3rd party developers who have already accomplished excellent weather systems in previous iterations of FS, not to mention other sims. It’s already been proven possible.

I hope you are right. The meteoblue weather is already calculated with real complex algorithms using super computers. Now Asobo need to recalculate those numbers every 30 minutes using their own algorithms.

I hope you are right. The meteoblue weather is already calculated with real complex algorithms using super computers. Now Asobo need to recalculate those numbers using their own algorithms.

Bingo. It’s the integration of those numbers into depicting something realistic into the sim. It definitely takes time/effort/patience/expertise but, It will come. Hopefully sooner, rather than later. I just wonder why the dev team wants to reinvent the wheel when much of that hard work has already been accomplished by other parties?

Agree, they could have focused integrating new stuff from meteoblue-data without focusing on METAR calculation algorithms while 3rd party devs focused on that part.

That way we would have seen improvements in the weather rather than moving backwards.

Now we are stuck with this.

Well, I am being extremely simplistic on what potentially needs to happen - it is unquestionably a complex, demanding endeavor, with many forks in the road, such as the popcorn clouds now appearing in clear weather conditions in the sim. (striving to get back on OP’s topic). Ironically, this was actually a long running complaint from live weather generators in previous sims.

Also has those. Neither METAR of Meteoblue reports those. Tested much. Lower clouds doesn’t match either METAR or meteoblue. I think they work on those to fit together. Who knows actually. We can’t see the data they inject. We can only speculate/guess here.

Those clouds can happen IRL too though. It’s not realistic they are everywhere.

Unfortunately, the problem I’m having with the live weather issue is that I think we are still “customers”. I get that we are a community and that our feedback counts and helps the creators to improve the simulator. It’s part of the fun. But we shouldn’t be experimented on for such a long time (since SU7 I think) - and the present situation with live weather (meteoblue vs. metar) is an experiment, and I’m not sure if we deserve this. They should do beta-testing for that, and whoever wants should join and help with the progress. The official built though should be enjoyable weather-wise, which at the moment it is not.

The bug was already reported in the beta, and it’s impossible that Asobo didn’t report it themselves.

I think they lost control of live weather. Don’t understand causalities from different data. Don’t know a solution. The necessary experts are not available.

The condition of the live weather cannot be explained otherwise. Not even the people who asked for METAR like it. It’s basically not usable at the moment.

C’mon, I don’t think any reasonable, well-intentioned simmer expects the “real” weather to be injected into their computer.

Errr, just search for “weather” in this forum to see an enormous number of threads filled with people expecting exactly that and complaining because the clouds don’t match what they see out of their window right now

Live weather used to resemble what I saw outside more often than not. Now even clear skies are depicted inaccurately

Using Live weather - Clouds are EVERYWHERE now. And I mean everywhere. It’s that simple and it is broken.

Just came back to MSFS for a quick visit after the update. Really trying to like this sim as it does reside on my rig. One look at what they are calling live weather did it for me…LOL! Back to XP for now and the Q4XP and CL650. And a reasonable approximation of live weather. This is really surprising as it’s been going on in some form since release. I’m thinking it doesn’t really matter to a lot of folks - or perhaps it’s just in the US. I don’t typically fly out of North America. Anyway, hoping they will fix it in the coming year.

I don’t know but neither METAR or Meteoblue have those clouds predicted actually. I see that this issue is logged. Will just post my thoughts about all of this.

Here you can see both prediction and meteoblue reports clear sky. 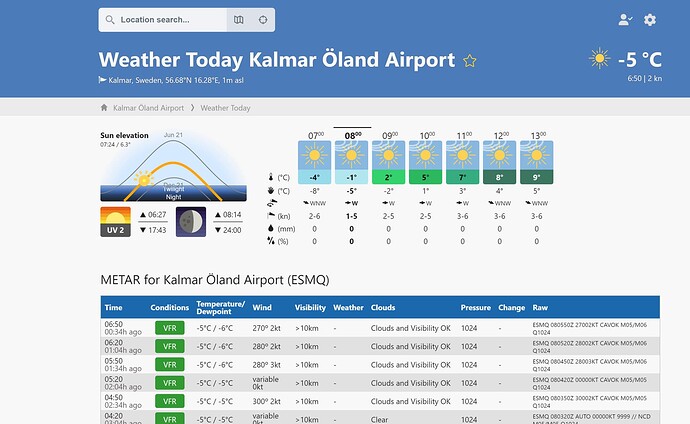 In the sim i get those small clouds everywhere placed in like a pattern. 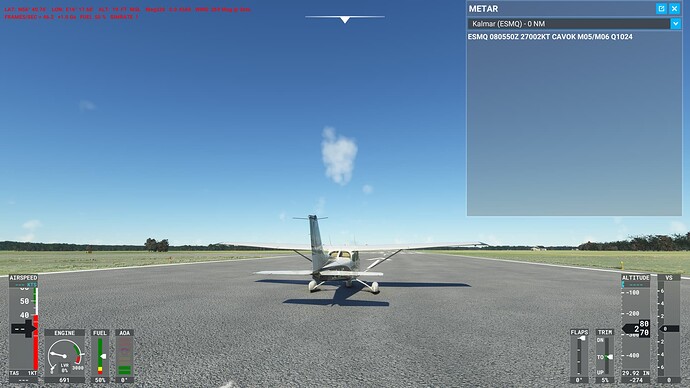 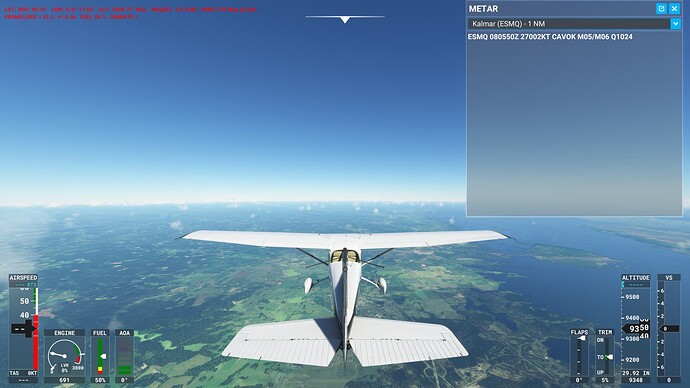 After su7 i noticed you adding, removing and changing the clouds predicted low. Why do you do that Asobo? Meteoblue has really detailed information about clouds. The added clouds you add look bad. They look generic and also looks the same everywhere. You said we can’t get options to toggle METAR off but at least give our detailed lower clouds back that meteoblue predicts please. This weather i have in the sim after su7 is nothing what you advertised 2020. Now it’s 2022. The weather system should improve not getting worse.

Edit: I want to add that those small clouds exists IRL. But they should not be everywhere.

I must admit after su8 release the weather has been improved since su7 though.