Post SU9 Thoughts on Clouds & Weather (it's not what you think)

Is it just me or has the buffeting and chop become a lot more prevalent and depicted more realistically?

I hate it. Even in zero weather, the Cessnas are being buffeted around as if there was significant turbulence. And that sudden bank to the left, even when NOT changing power, my wrist is actually sore from correcting the thing.

The weather is greatly improved. Flew a quick flight in the 152 around San Francisco, in gusty conditions, and it was fantastic. I have no idea what people are complaining about; airplanes move around in the air. I think a lot of people would benefit from saving up $75, going to their local airport, and taking a discovery flight, to feel the real thing.

They also improved the weather presets. Scattered is now scattered for real. High clouds is just that. Much improved.

This is a great update. Well done Asobo!!

I have to agree, I had reluctantly taken a long hiatus after the new weather system was updated in SU7, returned for SU8 only to get frustrated by the popcorn clouds in clear skies. After downloading the SU9 beta when it was released a month ago, I am now completely satisfied with the overall cloud fidelity and the now realistic and variable cloud formations , although I know this is highly subjective to different people; it truly hasn’t ever looked this good on console since it’s release last year.
Smooth fog/haze transitions could do with some work but regardless,

kudos where kudos is due.

believe it or not, i didnt really see what was wrong before (maybe settings or just bad eyesight

but i can say i see the difference, looks even better than before
im not a ‘needs it to be super realistic’ guy tbh, i just like it if its close and it changes as i fly along comparably to irl, i Really love the immersion of say taking off in the morning with a cloudy/hazy mess wondering if you will even be able to ‘see’ the tiny airport your going to, only to have it end up a beautiful sunny day (this happened in a group flight was an Amazing day of fun)

I’ve had that happen too. Reaching the edge of a weather system where the overcast, or undercast, starts randomly breaking up, and the weather improves to a sunny VFR day, is very cool when that happens.

I have flown over clouds and they look real enough to me from my memory. Maybe if you had a video of real live footage shot out the window of a plane you could SHOW what you mean? A comparison? I am just saying…saying its not dark enough etc…seems really subjective.

Agreed. A massive improvement, both visually and in terms of performance.

I hate it. Even in zero weather, the Cessnas are being buffeted around as if there was significant turbulence. And that sudden bank to the left, even when NOT changing power, my wrist is actually sore from correcting the thing.

Hey I’ve been having the same problem a while now since SU8.
Even in low wind/gust settings…not sure if its the aerodynamics or I’m having a hardware conflict but yes its always a hard random bank to the left and I have to brace the yoke to correct it. Not sure what’s going on. You can see it here @ 24:47- 25:05 (video link is timeframed)

I abandoned live weather after SU7, I had only ever used live weather previously. After WU8 I loaded live weather once in Dublin only to be greeted by the usual dark brooding towering post-SU7-apocalyptic sci-fi volcanic columns. Trying to keep my hopes in check, will install SU9 later this evening and try again.

currently flying over south Atlantic ocean in live weather…yet no clouds in sight for thousands of nautical miles. Is this some kind of bug that came with SU9? Satellite image shows cloud coverage yet there’s none in-game.

I did exactly the same as you, not playing anymore after SU7 due to really bad weather depiction. Hope is coming back with SU9, clouds looks really better, still need some improvements but Iooks like they are following a good path.

Are these popcorn clouds? I took post update 9. thanks 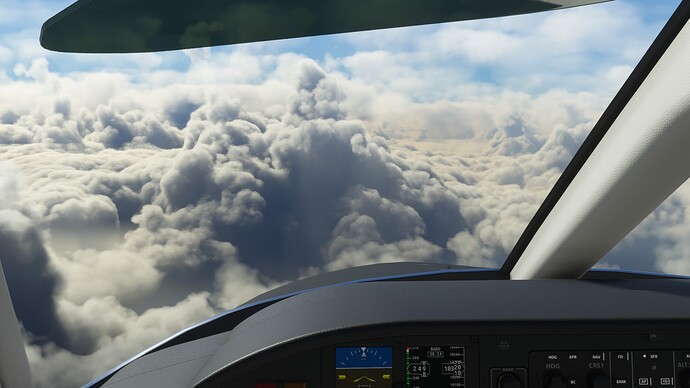 AH ok, I see…Thanks…I thought this was the one along with the low graphics difference comparing to the other ones. Cheers

The clouds are slightly better than at release of SU7, but far from the greatness of before update 7. Still in places like Taiwan they are always messy, no variety, almost at ground level and way too dark.

blown away by the weather since the update so much better, keep it up Asobo 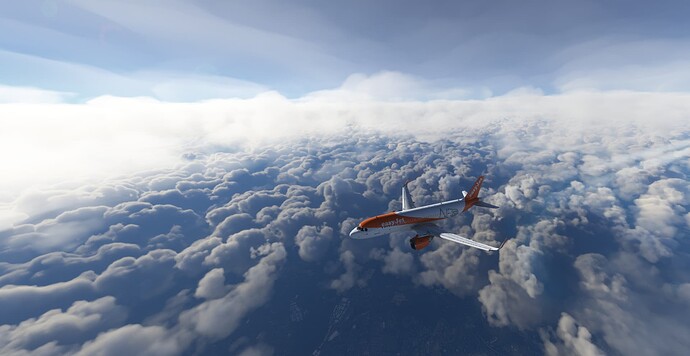 Agreed. The clouds are the best part of SU9, IMO. 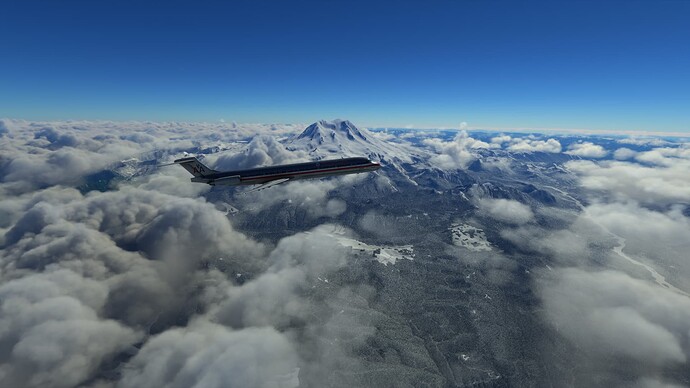 So a quick update. Post SU9 I’ve started a 10 leg tour of the Inner Hebrides. Starting and finishing in Campbeltown. I’ve decided to switch on live weather and see how it goes. I’m keeping in mind that a lot of the airfields will not be METAR centres, for example Knockrome airstrip on Jura (where by the way it is ill advised to try land a 172!) .

I haven’t seen any of the Dublin style towering-dark-horror-ash-clouds so far, that’s good. The not so good is that on 3 of the first 4 legs I have witnessed the entire weather system switch from one second to the next, entire cloud-banks popping in and out of existence. Not great for immersion.

Tonight, already happy with Rex AccuSeason, I opted to buy Rex Weather Force, and will try to use its live weather application. I’ll report back after the next few legs of this tour.

To date I rank the live weather options as follows, starting with the worst:

Lets see where I feel Rex live weather slots in to the above listing. Rex also offers dynamic presets which I may try if live weather proves disappointing.