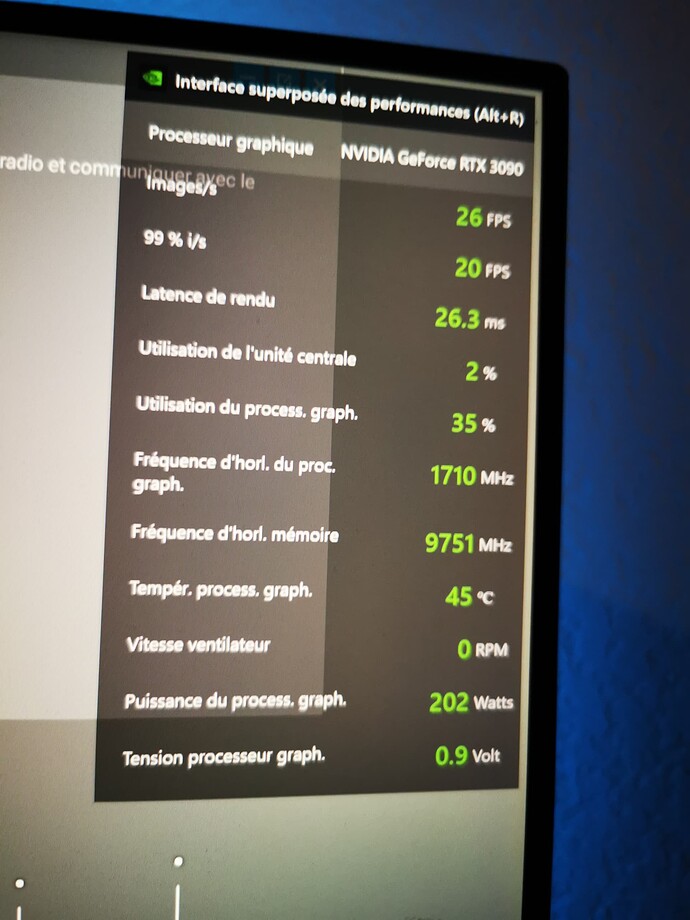 HI everyone with last studio driver or game ready, my gpu and my cpu are in holidays. I have tried dx 11 or dx 12, low or ultra settings, dlss activated or not, but anything move… I am always between 5 and 30 fps.

I have reinstall mfs just before update of su10 and the problem appear.

Can someone help me?
Thanks

The best performance I had since the release of MSFS. I even tested it on my heaviest airport using Fenix and it still able to stay above 30 FPS. Really good performance improvement using 517.40 with DX12.

it’s not going to work out. They need to do better. This seems like a sloppy implementation. Or I need a 3090 or a 4000 series card

Don’t blame Asobo if they are allowing people that have stronger systems to utilize more of their available resources. It is a fact of technology, or we all still be flying the original MSFS at 3 FPS (I’ve been there). It is called progress and when you buy or build your PC you need to be prepare and make it future proof for at least four years, with the only exception being video cards. Eight Gigs of VRAM had been the standard for way, way too long, just like 16 gigs of ram. Just to give you an idea, my 3090 is using 20-21 Gigs of VRAM, and the results are outstanding. I don’t want Asobo to lower the standards to please everyone.
At this point it would be silly to buy a new 40XX cards with less than 24 gigs of VRAM, and any owner of a 3090 can tell you that.

I just installed the Studio Driver v 517.40 and to start, nothing changed, still maxing out at 100% RTX 2800S, then I went to options and changed to Ultra Global Rendering but changed NVIDIA DLSS to Ultra Performance and I’m getting around 23% on GPU while flying over New York which is awesome on Ultra. I’ll try VR after I’ve got my daughter from after school.

I have repeated my ‘default’ flight (Cessna C172 with analogue gauges, takeoff at dawn from YSSY, scattered clouds, circling two times over downtown Sydney with photogrammetry on, often panning the view around) several times to compare DX11 vs DX12, before and after having installed latest Nvidia Studio Driver 517.40

My best flying experience is definitely with DX12 and Nvidia SD, with notably less stutter while panning around and a buttery smooth motion

Analyzing with Dev mode on, the main and render thread are nicely balanced around 20 ms, with 6.8 Gb of GPU ram being used, hence plenty of overhead still available

As a last note, for the full day I have played switching airplanes, scenarios, racing at Reno, etc… not a single CTD!

I am extremely pleased by the results

I have repeated my ‘default’ flight (Cessna C172 with analogue gauges, takeoff at dawn from YSSY, scattered clouds, circling two times over downtown Sydney with photogrammetry on, often panning the view around) several times to compare DX11 vs DX12, before and after having installed latest Nvidia Studio Driver 517.40

That seems a robust way of testing and comparing before and after installing latest nVidia studio driver as well as comparing DX11 and 12.

It seems more and more people are reporting good experiences with the latest studio driver.

I’ve been running very high settings - too high I realised today as I was approaching Christchurch in the analog Caravan in low clouds and haze, running a TLOD of 400. I noticed some stutters on final approach and checked fps which was 28. After touchdown and on the way to parking the fps stayed at 32-33 and things were smooth. It’s fairly obvious that I won’t stand a chance at KLAX with AI traffic at these settings.

Would anyone be able to tell me the driver version before 516.94
Thanks

ok I just tried VR with the latest Studio Driver and can report that I’m getting a good 15 fps boost over a densely populated city e.g. Paris, the graphics don’t seem so good but I have it on DX12, ultra performance. I’ll try on balanced and report back. 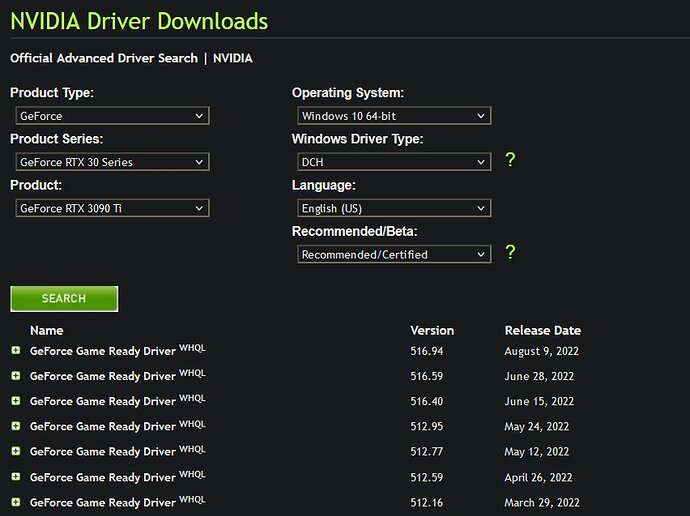 Update: loaded the Fenix A320 at EBBR (3rd party airport) today, and the VRAM went straight above the available VRAM. And then it is a stuttery mess. Now checking with DX11 to see what that will do.

So it seems to indeed really depend on the scenery that needs to be loaded. As long as the VRAM isn’t overused, performance is great, but as you go over the threshold, it is messy.

Edit: it was not so much the scenery, but multiplayer that made all the difference between smooth or stutters.

same smoother back-to-back crazy difference constant stuttering before none now dlss still has the same blurry effect on display panels in the cockpits, also hdr has way better dynamic range for some reason but you have to do the shaky window thing to get it too work

Fenix is very expensive on VRAM; you’ll need to set texture to medium when using it on heavy airports if you have 8 GB or less. Also set LODs to no more than 100 or you risk running out of VRAM. When this happens on DX12, you’ll get stutter. On DX11 meanwhile it would be straight up crash the sim.

Yeah, I need to check whether medium textures are a real visible downgrade. However, I found out it was mainly multiplayer that cost me 7 fpd. When I turned that off, MSFS kept the Vram within limits. It sometimes goes above 7 GB, but then quickly settles at 6.9 GB.

Btw, in DX11 my sim surely does not crash when FPS are deteriorating. It just becomes a 20 fps slideshow l.

I think people need to determine on a personal scale if DX12 with reduced visual quality is worth it compared to DX11. If you think VRAM will be an issue, I would suggest to stay with DX11 as it’s the more “polished” version between the two

Wait dont post that again, because now someones gonna want to argue again that its not in SU10 yet , even though it has proven that it is. ;p

ya but Studio driver is not for everyone. This will probably come for everyone in the GR driver

After extensive testing, expect about 1GB more VRAM usage with DX12 compared to DX11, using studio driver 517.40 with a 3080Ti.

An update on my experience.

My HDD has been having some errors and such so I went and bought a new SSD, setup Windows 10, got all the drivers and everything back up, and then installed MSFS. With a fresh, clean install of Windows on abrand new SSD, nothing else installed except MSFS, I was able to load into the sim with DX12 enabled. From what I could see in quick testing, it was running better than ever and that’s without setting any optimal settings. I will have more time to test later.