Quest 2 via Link settings that worked for me

So after several days of trying suggestions posted pretty much everywhere I wanted to share my settings that may or may not make a difference as to visual and smooth VR experience. First my specs are:

I cannot stress make sure you plug in your LINK cable directly to the motherboard via it’s rear USB-C port (no A to USB-C adapter). For the first couple of days I was getting mixed results and sometimes the performance was horrible. It was smooth only to later be really bad with very bad stuttering. I had it originally plugged into the front of my case via a USB-C port that was basically an extension of the motherboard. I started to suspect this was perhaps part of my issue as I once caught the Oculus Link app complaining that it dropped to a USB 2.0 connection rather than the usual 3.0. Although the cable was seated firmly I think it was unreliable and was causing most of VR performance issues.

For the MSFS2020 VR Graphic settings, basically Ultra for the buildings and terrain and textures. 100 percent scaling. Clouds were Ultra and the rest High to Med. 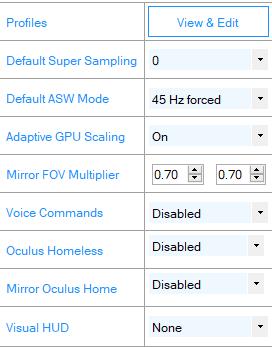 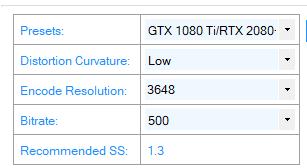 Do me a favour please?

In Oculus home under Device, can you do the Link cable test and tell me what your transfer rate is. Mine hovers around 2gbs, curious as to what yours shows.

I just did the link cable USB test on my set up. I get 1.9Gbs regardless of whether its front or back of my PC.

Its the official Oculus software that should boot up every time you connect your headset. You can change the settings under device and then graphics preferences. You can also do the USB test there too.

I show the following. 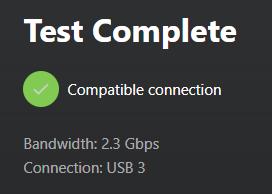 @Mobias7 Depending up on their settings it doesn’t automatically start fyi. For me as a habit I start the Oculus tray tool first then load up the LINK app. I ensure my headset says connected before starting MSFS2020. Also with mine plugged in the front it started and tested well but at some point was unreliable. I’d say with my experience it was best to bypass any front panel connector and plug straight the the motherboard to ensure reliablility.

And yes I agree with those comments re the tool and USB3 and the sequence of events.

Does anyone else find the tray tool a bit unstable? Mine will quite happily crash out mid flight. Its annoying because in order to get the optimal performance back I have to close down everything and boot everything back up in the correct order.

GalacticClown15 2.3Gbps is quite a fast connection. I’m only getting 1.9Gbps. My motherboard is over 3 years old now. I’ll get a new one when I upgrade my processor.

I suggest you identify your MOBO USB drivers and, if you haven’t done so, specifically update the drivers from the manufacturer’s website, eg mine are AS Media

I have a Asus Z390 Prime A motherboard if that helps for reference.

The problem I seem to have that I can’t get rid of is visual artifacts appearing on the edges of objects in the cockpit if I move my head around too fast. Has anyone had any luck getting rid of that or know whats causing it? I’m running my bitrate in the tray tool at 500.

does anybody have success with the graphic settings over sidequest in combination with MSFS ?
I changed the settings to CPU and GPU Level 4 and default texture size 3072
Inside Quest 2 (for example the home screen) the resolution looks much more better with 3072.
For me it makes no difference in MSFS. The settings of OTT, Oculus app and MSFS (the same as yours) are ok and i get about 33-36FPS

You mention sidequest? I don’t use that and would you not use that if using Virtual Desktop and SteamVR?

I am using the link cable direct and not sidequest nor VD fyi if it matters.

of course, it is necessary to install VD, but with sidequest you have the possibility to change the graphic settings of the Quest 2 in realtime. I´m playing also via link cable, because i have the best results.
Actually i can´t see that graphic changes made via sidequest get a boost in MSFS but you will see and feel it playing internal store games or navigate through the home screen.
All settings i made in sidequest will be resetted to default by reboot the quest. In standby all settings keep saved.

btw before purchasing the kosher Link cable and using the socket on my graphics card for Link, I used an external powered USB 3 hub and it never missed a beat. Joto USB A to C
5m lead.
I only bought the pukker Link cable as they were saying they will be improving the performance with it. So far I’ve not seen any difference in performance with any VR game or app, so I don’t think that the Oculus Link cable has an advantage at present.

If you can avoid using SteamVR then I would say do that. I now get noticeably better performance after I stopped using it. I use the tray tool and the official Oculus app and thats it. Much simpler.

I wonder if a Display Port to USB3 adapter would enable more throughput? I get 2Gbs now but the cable can handle 5Gbs.

Anyone tried it or got one or know?