Especially the tree-size thingie seems very easy to me - you kinda only reduce the “model” on which the engine is basing the creation of the tree no? There must be some kind of “model set” the engine is useing to create the trees no? So, adapting the model size is something you do in - very short time? Or am I missing something here?

What is your take on that?
best
Merlin

The trees are a lot smaller after SU5 maybe that’s what they were referring to?

Really? I was under the impression that they are pretty much the same? Maybe I need some glasses lol?

In New England, the trees seem right on par with actual size. Anywhere I go, trees around here are on the order of 50 ft high, and looks about right in the sim to me. Maybe a little too tall, but not horrendously so.

But, yes, the density of Vegetation is way overboard. As I’ve noted in another thread, this often happens in Photogrammetry areas, where they use vegetation to cover over the PG trees. But, I’ve got to ask, why are the PG Trees there in the first place if you’re going to just cover them up? They’re so ugly from less than 8000 ft away. Just get rid of them. If they’re useful for 10,000 ft and above, then maybe show them then, but, please, get rid of the PG trees and reduce the density of vegetation overall. Not to mention getting rid of the PG objects and halving the density of tree vegetation will likely have a huge effect on FPS…

Here it is an example of trees right at the end of the runway, actually on the lead in lights.
Provincetown, Cape Cod, Massachuset. 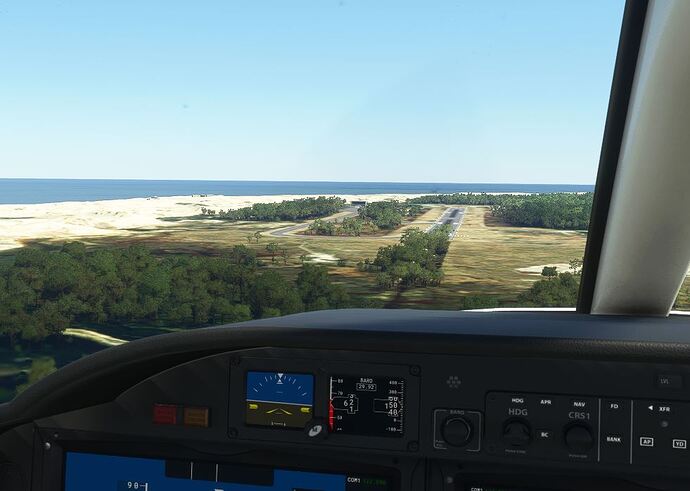 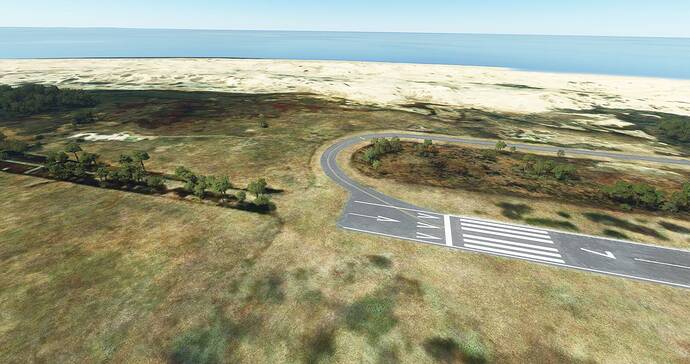 With C152 easy, just take some more space… but I miss the leftward taxi out clear the runway… and with a Cessna Citation… it would become tricky !

I am using a tree add on. Looks good.

With the Seasons addon you don’t see these trees at Provincetown / Cape Cod ?

That’s an example of too many trees, not too tall trees. I totally agree they have too many trees in the sim. Or, rather the density and location of trees is unrealistic.

The tree density is another thing that needs to be adjusted. I was flying over the Scottish highlands this afternoon and so many of the mountains have trees on them where there’s none in real life. Whatever AI controls the tree coverage looks at the satellite imagery and where it sees what in real life is a relatively small bush it put quite a big tree.

I think in many places in the world above a certain height trees just don’t grow. It would be great if that sort of information could be fed into the sim.

Yeah, the tree density is too much. The neighborhood where I live is so packed with trees you literally can’t see the streets. We have trees irl, but it doesn’t look anything like a medieval forest the sim thinks it is. lol

I am just wondering if this was already an issue before the SU5? I haven’t personally noticed any difference, just suddenly more complaints about it. Which leads me to believe that something that wasn’t a problem before, became one as people here in the forums have complained so much about the last update (bandwagon phenomenon). I am not saying that there aren’t trees in funny places, such is the nature of AI automatically generated scenery, just that it’s funny we never really noticed it before to complain about it.

Absolutely agree that Asobo needs to fix it, but this is something that you can change yourself also.

I made just for myself a little mod that fixes the density and size of vegetation in my local area. Made a world of difference.

In the sim the mountains of Southern California look like S.E. Asia, heh… Not too realistic since everything here is either desert or desert adjacent (what science peeps might call ‘arid alpine’ at best). There is no lush forest.

I didn’t take on the whole world, I don’t want to assume that just because some places I am familiar with are over grown that this truth would apply to the whole world.

In the scenery editor you can easily find what ‘biome’ your problem area is… Once you know that you can adjust the biome spawn rate in the XML files.

In my case, two biomes were in play so I defined a new biome that included those two, edited the values that were troubling me, dropped it in the community folder and all done.

All of that having been said – Don’t get me wrong, I agree, Asobo should address this issue. But in some regions its not wrong, and you can’t expect them to have been to everywhere personally.

It shouldn’t really be our job to do this clean up – but my point is, we do have the tools to do it. And its not all that hard. And no, I’m not publishing a mod, because I’ve done the mod thing before, and it means a lifetime of being beaten to death by entitled little buggers because you don’t get your patch out fast enough after the next update… No thanks!