haha noooooooo! That thing looks cool but yeah I would would like stronger weather effects as well… as you are right, right now theres not much incentive to avoid weather

You do realise don’t you that there really are aliens on the moon and that it really is made of blue cheese?

You know it makes sense

strong turbulences do exist and airlines fly through them, sometimes accidentally, sometimes on purpose 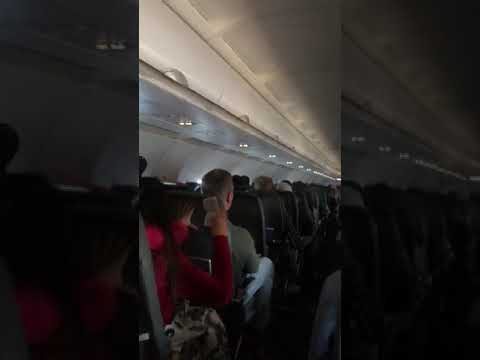 Hypoxemia & Oxygen system added since that’s gonna be relevant for realistic glider simulation, but also for almost every other high altitude airplane as well.

Could be visually simulated with the high g-force blackout.

This sim is UTTERLY disappointing in terms of weather… No CB clouds, no convective turbulence… VERY unrealistic. This should be one of the MAIN issues to be implemented and should come out along with the weather radar in August! Otherwise what will be the point in implementing a weather radar???

Maybe Asobo could dedicate one whole Sim Update to Weather only? Maybe this needs it’s own thread but I totally agree with this topic and think we need more realistic storms (and towering cumulus can be dangerous too!)

We need the cumulonimbus to extend from typical base of cloud (2-3k?) to at least 15,000 and up to even 50,000ft depending on strength of storm. And like the OP suggests, dangerous conditions to warrant a pilot to AVOID said storms (and even towering cumulus if in a light aircraft).

I wonder if Asobo could redo how towering cumulus and cumulonimbus clouds are “built” - sadly (now) BEFORE METAR they used to actually be pretty good but now METAR seems to have broken up all the clouds into a small fragmented mess of cumulus like PUFFS everywhere. The main thing we were missing before METAR was the DANGER.

Edit also there IS already a thread dedicated to a sim update for weather only here: Can we have a weather update only? - #3 by errorhasoccured

Gusts are coming back with SU 10

Agree 1000000% !!! It’s a fundamental aspect that MUST be there in a flight simulator, while at present is totally missing!

I was surprised at the snow storm in Nashville Tenn. In January of this year. Snowing and what looked like ice build up on the engines,tail,fuselage. I did take off and flew to Atlanta. Anti icing did help after a while and my take off speed was about 160. Don’t know how that would work for real but in normal conditions I could rotate at 130 and that was 50% fuel load.

Yes I would like to see lightning and hear some thunder when I know its really happening. The weather radar was also lit up Flying over central florida near Tampa where I live on the way to KMIA (Miami) A320 Neo jetblue. 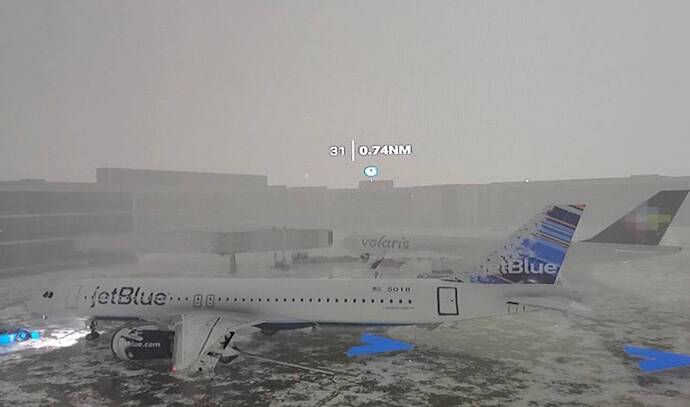 Hi,
At the moment the bad weather effects are in fact non-existing in FS… When entering what appear as big stormy clouds, no turbulence, no airplane shaking, no up/downdrafts occur. It’s exactly as if the sky was clear…
I would also like to know if thunderstorms are simulated and what their effects are, because, in 6 months that I have had FS, I haven’t seen any.
In real life, even when you get inside a small cumulus cloud, you experience some turbulence.
I think this is one of the main aspects that are still missing and they can’t be missing in a flight simulator… Further, if those effects are not implemented, the weather radar will be completely useless…
Please, this is a very important aspect!
Thank you.

Yess! Bad weather is the essence of flight simming adventures, for example in Alaska… The battle against the elements, having the airplane shaking and the windows freezing over, the lift reduced because of all the icing.
The engine vibration going up until one engine must be reduced to idle to prevent having N1 destroyed when a hailstorm or severe icing occurs.
Having a stall when slat and wing deicing is not switched on.
LOVE IT!
That is pure exitement and a real reason to avoid bad areas on the weather radar.

That is not exciting having no real bad weather in the sim, not thrilling, no adrenalin, no being in need of avoid thunderstorms or bad weather, no need of plan interesting new flight routes based on what the weather radar indicates.

I have just known that the weather radar in SU10 is completely UNREALISTIC and will not be used by Fenix for their A320… That’s really a SHAME!!

what does ‘‘unrealistic’’ mean? you mean inaccurate or something like that?
It’s still a beta…

I don’t have the beta, but a member of the Fenix team said that. I suppose you can only see some bitmaps related to where it rains, but not reflecting the real radar representation (apart that it will be completely useless, until Asobo don’t implement effects inside clouds/storms).

I would love to be hit by hail in a thunderstorm.

I wonder if the upcoming big CFD simulation opens the possibility for advanced ‘‘dangerous physics’’ simulation.

lately there are a few topics asking for realistic physics behaviour in thunderstorms which get merged into this one.

I noticed I didn’t list the word ‘‘thunderstorm’’ in the original post which got locked from getting edited.

I’m currently flying a cross-country from KRNM to P20 in the Cessna 172. There is a gigantic line of thunderstorms between me and my destination. From the outside, they look enormous and quite nice. However, through making the poor decision to fly through it (what’s the worst that could happen?) I have found a few things missing about the weather.

For one, thunderstorms develop and extend vertically because there are updrafts and downdrafts inside of them that are powerful enough to travel at thousands of feet per minute. While flying through the storms, my Cessna barely ever experienced a bump of more than 150 FPM on the vertical speed indicator.

Thunderstorms are very dangerous to light aircraft because they can produce turbulence in the severe to extreme categories. Even miles away from the storm, the turbulence can occur. While flying directly through the heart of the storm, I experienced nothing more than light turbulence; enough to put pressure on your seat belt.

Another massive danger of thunderstorms is icing. Even on a hot summer day, the updrafts bringing moisture up into the storm at high rates cause the air to become super-cooled, and can cause icing to occur. Even with an OAT of between 1C and 0C, I experienced no icing in the storms.

GA pilots are always warned to remain at least 20NM away from developed storms due to multiple dangers. One of them is hail. Hail can be shot out of the anvil top of the storm for miles outward. While flying under the anvils and even through the storms, I encountered nothing more than light rain.

Windshear is another threat of being near storms. The winds will pick up very suddenly, and in variable directions. The gust front of the storm hits the surface and extends outward from the downdrafts of the storm hitting the surface. I experienced little to no change in wind speeds or direction while flying through the entire storm system.

The visual simulation of the storms is amazing. They look beautiful and very real to life. But I think that they are missing some things in terms of what should be happening to the airplane when I fly near or into one. It would be AMAZING to see these storms produce windshear, icing, turbulence, violent updrafts and downdrafts just like they really do. I think it would put us on a new level of realism.

I can’t find the thread at the moment, but in one of the dev broadcasts they addressed the “reduced” turbulence effects currently in the sim. Basically (and this caused a storm…pardon the pun) their view was that they reduced the up/down draft effects because too many people don’t understand the real effects inside storms and would scream that very large drafts were “unrealistic” and didn’t want to deal with it. As I recall, the devs did suggest they would probably increase the effects in the future as we came to “understand” the real effects of thunderstorms and similar situations.
Regards

I do wish they created a turbulence effect slider so the end user can have the choice.