So, I’ve been flying really a lot with Kairi autopilot fixed Boeing 747-8i, and recently, I’ve been lacking a plane for smaller airports with the good autopilot, that can flight straight to the point, without any attempts of flying higher, than set altitude, or flying away in different direction. Can you recommend any plane like this? I’m completely ok with third-party addons/planes, as long as they work, besides A330, bc it’s a big aircraft, and FBW A320, because it stopped working for me after that “stable 17FPS” requirement(during loading of bigger photogrammetry regions my sim stops for some time, than works in low fps for short amount of time, which is enough to broke systems in A320, and only later returns to normal). Much appreciated <3

PS: Also, preferably for it to be freeware, I don’t have that much money to spend

seems to me he wants simple, well many many choices there.

I know, that freeware is freeware, and I’m not even trying to ask for PMDG-like quality, but come on, working autopilot, I think there are good planes over there

My favorite freeware aircraft is OzWookiee’s Grumman Goose, and it’s not too small… maybe a nice one, if you are used to heavier planes now,

Initial Release: The Goose is ALMOST Cooked I am very proud to welcome you to the first release from Wookiee’s Hanger: “Grumman Goose G21A Redux II” for Microsoft Flight Simulator. This is a faithful and loving restoration and upgrade of the “Ozx Grumman G21A Goose HD Redux” which itself was a loving restoration and upgrade of the default Goose for FSX. This release is also an Early Preview version and is not considered final. There will be things that may not be complete or working and if it…

… and it can land on the water too

You could also go official TBM-930, try this addon for it, really very nice mod,

✓ TBM930 Improvement Mod is a Microsoft Flight Simulator 2020 mod created by Mugz. Download for free to enhance your experience in MSFS 2020.

On that page, there’s a recommendation for G-3000, so it would give you a nice garmin… but I’m not sure about its status atm, it cost me some FpS when I installed it. The Mugz addon also works without it.

The in game Cessna Grand Caravan is a really nice plane to fly and very capable, especially for bush trips.

I like the C152 and C172 from the core sim. But this is maybe a lame answer. Sorry upfront if this is the case.

Not lame at all. I always fly small aircraft, from the start… and I love C-172… most flights longer than 10 minutes I use that one, I only use TBM when I need speed, or altitude (mountains)

The Citation CJ4 is really nice with the free Working Title mod, if it’s not too small.

It even has documentation on par with many payware aircraft. Maybe even better than many.
Then there’s the excellent tutorial by FilbertFlies and Matt from Working Title: 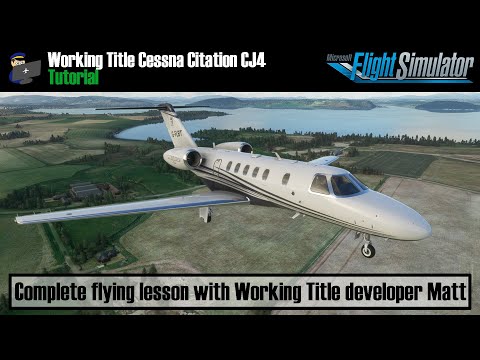 A shameless plug but there is also our G36 Improvement Project mod for the Bonanza.

My favorite plane is the game’s Savage. Anyone got complaints about that one?

This. It is pretty much all I fly because I used to fly a Debonair IRL

My favorite in the Diamond DA62 with the DA62 mod it’s small, fast and is easy to fly on and off autopilot. Together with the WT G1000nxi it’s great fun to fly. And the mods are freeware.

I’m currently flying the G36 Bonanza with the improvement mod and the NXi upgrade from the marketplace. As simple or as complex as you like. They almost have a fully functioning GPS. The C172 with the NXi is also excellent. I do not recommend the PA 28 for what you are looking for.

A shameless plug but there is also our G36 Improvement Project mod for the Bonanza.

Agreed, this is a great mod. I am using and prefer the Bonanza-Turbo-V3 mod. Both are fantastic, I just prefer the the Turbo due to being able to easily get up into the low FL.

The two top contenders for me are the CJ4 WT edition and the TBM930 Mod with WT G3000. You really can’t go wrong with both of these. They provide the systems depth and accuracy of navigation that will keep you interested and are simply a joy to fly. Both will add up to the princely sum of $0 (quite affordable really).

I can’t wait to get into them. Haven not even sat in the cockpits and made engine noises yet

I generally fly the GA’s at the moment. Purposely waiting until things are (more) ironed out than current build(s). Then I’ll start climbing the complexity ladder. No aversion or reason just something I decided a while back. Weird I know.

its not small, its only a small biz jet…

However the CJ4 and TBM will both get into and out of small airports.