I love the movie…I was suprised at them going into battle with the drop tanks still attached. Futher reading revealed that they are self sealing and reusable. I still think it would effect performance but nice to see they payed this much attention to detail.

Ah ha, found it on Netflix in Australia. Loved it. Straight after it, into the Corsair in the Sim, and booked my favourite Cessna 172 at my flying club for tomorrow. God knows what I will do in the Cessna compared to the Corsair!!! And I am 72!!! Grow up man!!! Cheers.

I love the movie…I was suprised at them going into battle with the drop tanks still attached. Futher reading revealed that they are self sealing and reusable. I still think it would effect performance but nice to see they payed this much attention to detail.

Great story about drop tanks here from a P-47 veteran in Normandy post invasion:
21’:00
one day sergeant singh came over to me
and he said captain would you do me a favor or sure sarge whatever you want
well on the pylons under the wings of this airplane
these things we hung bombs we could also hang external fuel tanks to extend the range
of the airplane and one type of those tanks were made by the english they held 108 gallons and were made of paper mache which was liquid proof for maybe three hours
sergeant sang mixed up 70 gallons of powdered milk dumped in 20 gallons of mixed fruit
cocktail 25 pounds of sugar 3 gallons of calvados
a good tasting apple brandy they made in that orchard country and a few other spices got it all mixed
up poured in one of those paper tanks hung it on the wing of my airplane said now take that up where it really gets cold so i took off and climbed up to 35 000 feet
and swapped the airplane around like that about 15 minutes to try to keep it stirred up
the temperature up there is 55 to 60 degrees below zero that’s going to freeze that mixture
pretty quick finally rolled the airplane over dive down and landed
they dropped the tank off the wing chopped it open with an axe and we enjoyed tutti frutti ice cream
now that was expensive ice cream because the engine in that airplane burned 100 gallons an hour of 150 octane gasoline and cruising 300 gallons at power and we didn’t care
if sergeant singh wants ice cream he shall have ice cream 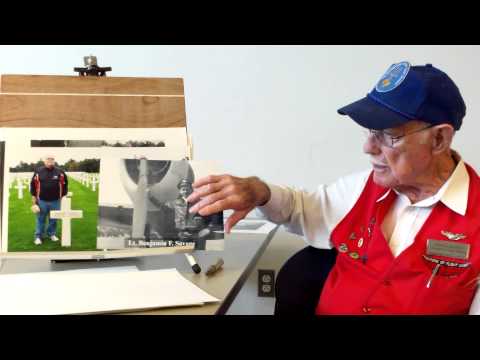 Good movie! just watched it last night, wasn’t aware of the over torque causing the planes to flip I must try harder to see if the milviz does that

Thought that was funny with those guys coming from F8F’s with the same P&W R-2800. Maybe the Hamilton Standard prop on the Corsair has higher P-factor compared to the hollow blade Aeroproducts prop on the Bearcat?

Also, Grumman was known to design for stability and ease of handling (as with the Hellcat). Vought designed for speed and little else.

Hope they eventually add a button like in the Spit for those of us who sometimes just want to fly without engine damage. So far they have resisted this although the Sim allows for this to be included. Cheers.

I’ve never damaged the engine and I’ve gunned it very hard at times probably not long enough to run out of water injection though.

Perhaps he meant “Go up man!”, or, more politically correct, despite the fact that “man” is probably the '60’s euphamism… “Go up people!”