Not all aircraft do this excessively the c140 is fine for example.

But it is fair to say most do it.

Well, the 140 has only 85hp, a tiny low size/weight prop and they both have a very similar empty weight.

True, but the Carenado c170 is similar size and power and has poor ground handling whereas the AH Spitfire is also relatively tame.

Of course I am quite sure whatever AH did to get the ground handling under control has a downside there is no such thing as a free lunch. However whatever the compromise was it works. Hopefully eventually we will see the generic sim ground handling get some attention and make the fudging unnecessary.

Float planes are worse, they land and take-off on water like they have wheels. No step up, nothing. They are still fun though

Yep, its available on a pirate site since day one.

Hotstart is simulated. As MS chose not to be open for external component management (like the engine) the PC6 as all other addons coming have to rely on the MS model.
So yes, unfortunately it is possible to throw the power lever forward with no limitations.
Within these boundaries it’s modeled to perform by the numbers in regards to fuel consumption and performance.
That Milviz can do better if you would let them can be seen in the P3D version, which is pretty spot on, but uses an external engine simulation as most others do as well in this sim (A2A, PMDG, Leonardo).

Re the power settings, RPM is set at 2000 for all phases of flight, except if you want to delay the beta entry.

I think it was one of the devs that made a comment about MSFS installed somewhere else than the default location - my OS is on a SSD, and my MSFS is on a HDD. I don’t think the type of the drive is as important as where the sim is.

On the MILVIZ forums they released a test version of the PC-6 for those of us having install problems earlier today. Unfortunately mine is doing the same thing - install just kinda stops when it gets to the “turn the WASM Helper service on” part. Keeps saying to make sure I have permission to start services. My account on the machine is an Administrator account. Even if I go into Services and manually start the service it doesn’t turn on.

I’m sure there’s a solution to it, and the fact that MILVIZ has released a test version already is a good sign in my book. We’ll get there!

Also no luck at my end, with the new test build and AV switched off during download and install, but hopefully we get it sorted. My WASM Helper seems to be running but apparently MSFS doesn’t see it that way.

Love this plane. Been enjoying flying it since day one I purchased it. Only sometime, if I didn’t start the engine correctly, I will always get the chip detected and had to restart. 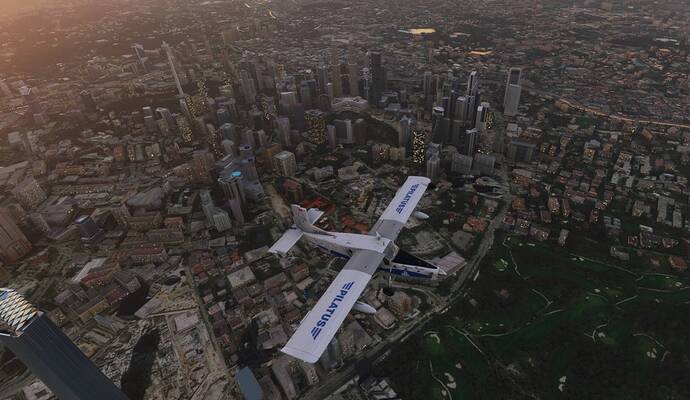 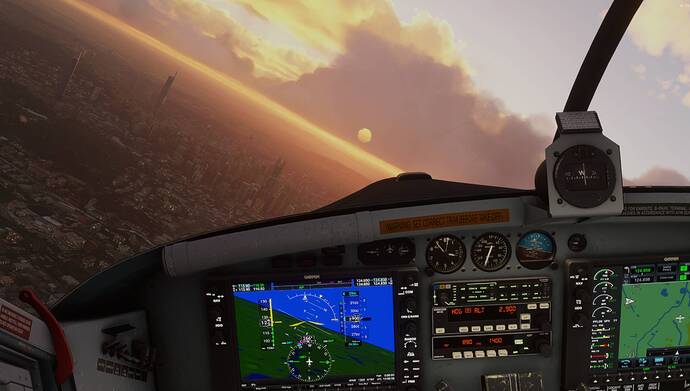 Miracle, the Milviz Pilatus finally works after the third installation, only because, i think, i cut really off all antivirus before installing (all avast programs and Windows defender firewalls). Before i had not messages from these antivirus during the first two installations. I believe the antivirus program is playing weird things with the DRM WASM helper program of Milviz ! So far, it works for this wonderful aircraft.

If your AV is blocking things, and not telling you via a pop-up or something similar, then I would look at its settings to confirm you have notifications on. That’s not good.

It should be all the way back aft at cut-off, if that is what you are referring to.

Love this plane so far. It is only hampered by sim limitations at this time. Takeoffs are pretty hairy and never smooth for me. It doesn’t help that the manual is sparse and the real life POH isn’t available for free. That said, Beta and reverse are really fun, and landings feel great as a taildragger - tipping and ground looping are very possible.

I also would really like to bind feather and reverse thrust to the idle detent buttons on my Saitek Throttle Quadrant. Doesn’t seem possible, so I have to use the mouse to enter reverse thrust or feather.

Reverse thrust is definitely possible, as I use that on the Caravan. You need to set your physical throttle to the detent, then on the sensitivity curve adjust this so the white dot appears on the horizontal line.

You may need to change your binding, as there are two types of axis for throttle. One has a negative component, one does not. I’m not at home otherwise I would post a screenshot, but if you search for my name plus “reverse thrust” I am sure I have documented this elsewhere.

Sadly you can’t do the same for the prop lever as there is only a single axis, and fully aft will not go into feather. Additional commands are needed to do this, or use the mouse to pull it all the way back.

They always did, as I responded here: You just need to use bind the correct axis, that allows for reverse thrust. Hang on, I’ll post an image of the axis I use as I don’t remember its name off the top of my head. I’ll also post some images of the response curve. Response curve as below. Throttle lever one is sitting at the idle detent. I then adjust the Neutral value to 59&, which as you can see puts the dot right on the centre horizontal line. Because of how they have drawn the graph, …

Just to let the developers know (IF they read this thread):

A DRM that dives so deep into the OS that it causes malware/AV-alerts is a no go for me. What if I have after a year 10 aircraft from 10 developers, each with different DRMs from which nobody knows what they do with my OS ?

Sorry for the fine plane, but what happended to the good old personalized Serial-No. ?

Thanks guys,we can have another thread about this plane closed because you can’t help but to remind about the piracy and use it against developers trying to protect their asset.

And FruitierDuke10 should buy a Lotto Ticket today, because they’re right on.

STOP WITH THE DISCUSSION OF PIRACY AND JUSTIFICATION THEREIN.

This is the only warning this thread is getting about this aspect. Any more hints, sly comments, or even a whiff and the thread gets closed.

Return to Misty Mooring has added over 150 sea plane bases to MSFS, a lot of them with Dock-ga start spots, so cold and dark.

Well, thanks to some select folks who refused to look at the last warning post on this thread, it’s now locked. We removed the offending posts, but it’s just ridiculous to see users don’t care to follow the Code of Conduct.