I discovered it in the Marketplace today.

Some Test’s from Youtubers… 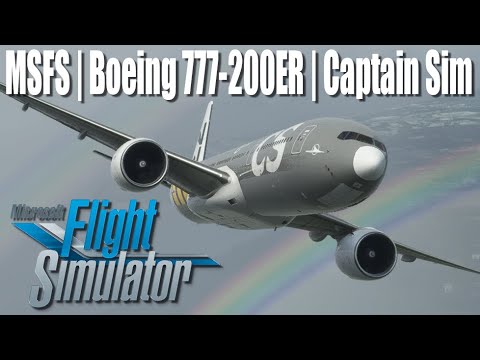 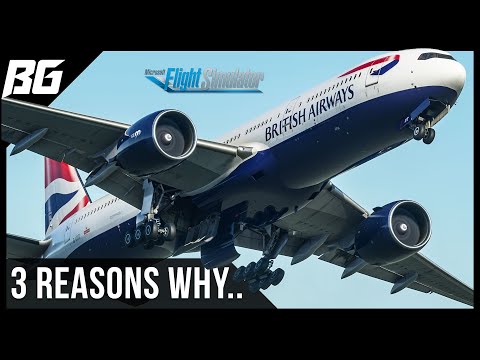 Definitely won’t get it for me …

If anyone has it, feel free to post your ratings here.

I naturally read that as “rantings”.

let’s not even go there…

I know the problems of Captain Sim well

Nevertheless, it seems to be selling. Oddly enough, she got 9 ratings, and 4 stars on average.

As I said, I will definitely not get it, but I really wonder who is buying something like that.

People who don’t care about 4 engines on it? Arcade players? It’s a casual aircraft that flies exactly like the default 747.

My son saw it and wanted it, but I’ll be tough

I sometimes forget , not all are enthusiasts like me

Lol - well I guess by not purchasing it, you can teach him to never judge a book (or aircraft in this case) by it’s cover. The CSFrankenstein777 may have a decent exterior but the moment you hop in, well things go downhill… fast.

may have a decent exterior

outside ist not the same interest, the more buttons the better

I ordered a rc-airplane (beginner) for him yesterday, he has to go out more…

I would humbly suggest not saying just no; offer him a substitute so he knows it’s nothing he did. Good luck.

offer him a substitute

I ordered a rc-airplane (beginner) for him

I did. I also know how to raise my son, but thank you

Since I have almost all planes (aside from the lousy ones), including Payware, he has enough choice I think

I agree with you

PMDG has my full confidence.

But there are also other developers who do a great job…

Unfortunately, I bought it and immediately regretted it. Once a year it happens to me that I buy junk, but no matter. When I think about how much money I put into X-Plane. The weather addons alone are 30 dollars a joke.

You can try to request a refund.

I’ve already done it myself with success.
But don’t know how accommodating CS is.
Haven’t bought anything from them yet.

Thanks for the advice but it was my own stupidity and stupidity must be punished.

Hopefully there is a video out that warns people not to buy it. This is the kind of thing you get as freeware, not something you should pay for.

I should have watched the video before posting. He did tell you why not to buy it!

@Poochnboo A very warm welcome to the forums

For any new comers or folks new to this thread who are unaware- a previous thread for this aircraft was closed a number of weeks ago.

It did, however, contain mixed reviews of this aircraft and may be worth a look if considering a purchase.

As with all purchases, it is worth doing some research before parting with any money.

The thread is here:

Take a look at THAT, eh?

In my case, I always do research before buying, not only here in the forum,
there are also other good sources to get an idea.

I bought it, I really don’t care about spending money on mods because I like to try and test every plane I can, every airport I can, and every mod I can to see the differences, pros and cons for each one.
I have to say I mostly play on VR (Oculus Quest 2) on MSFS2020.
I also don’t care if it is based on the default 747 as long as it works well or looks good, it might not be as real as 32nx or some pmdg plane but I thought it could be at least playable.

I have to say after purchased the aircraft and tested with my VR headset it has terrible design problems on the cockpit, the controls are disproportioned, the knobs are big enough to be like a human head, the zoom goes beyond the controls and makes the game impossible to play with VR, the plane has design issues on the outside and lots of other problems I found.

So, if your are planning to fly this aircraft with VR…you won’t be able to play this mod at all.
My advice for all the potential buyers, as all the guys in this post said before me is…don’t buy it.

I hope they could fix all these issues on the short time.