No further details, and I wouldn’t expect them to spill anything.

If it’s alpha testing it might very well be PMDG’s 737.

PMDG 737 coming soon!! The first of august , exactly a year after the release date of FS2020

Disclaimer: I’m adding to the hype because the title of the topic allows me to

Do you also have a link?
If not, I’d classify this as nonsense.
Thanks.

It’s on twitter and it’s indeed from previous testers, such as the PMDG DC-6

I was just about to say… yep, as seen on Twitter.

Are they going the influencer way??

I only follow one influencer, with the name of a little animal which climbs trees and collects nuts

I always botched my landings in the 737.

I also want the PMDG 777. Untill they publish that masterpiece, I stick with the ( VFR) GA birds in MSFS.

Well, the FBW Airbus is quite good. It’s just… I don’t know… boring? I guess that’s just a personal preference… I’d rather operate a Boeing.

I never flew Airbus before and I thought I never would but the lack of a good Boeing in FS2K and having to wait a year at least I decided to give the FBW A32NX a try. I must admit I like this aircraft and flybywire do a really good job. Flown many hours now. It can be boring but that’s how you decide to fly it. I think it’s the ideal airliner for me at the moment because I generally fly the Caravan so when I have to fly large distances I take the A32NX. Ideal combination.

Not a single link to anything has been given on this thread so far. All it is so far is a bunch of people rambling about a tweet that has been liked.

Nothing to see here folks, move on.

I’ve been flying the FBW A32NX for a week now (already logged many hours). This is my first airliner ever. I like it a lot. For now this might be the most realistic airliner available yet.

I guess some may find it boring because it’s fly-by-wire, but to me it’s a welcome change from manual-trim airplanes all the time.

Also tried the 787 Heavy mod but it’s nowhere near the level of the A32NX. Still, worth a try if you like the plane. 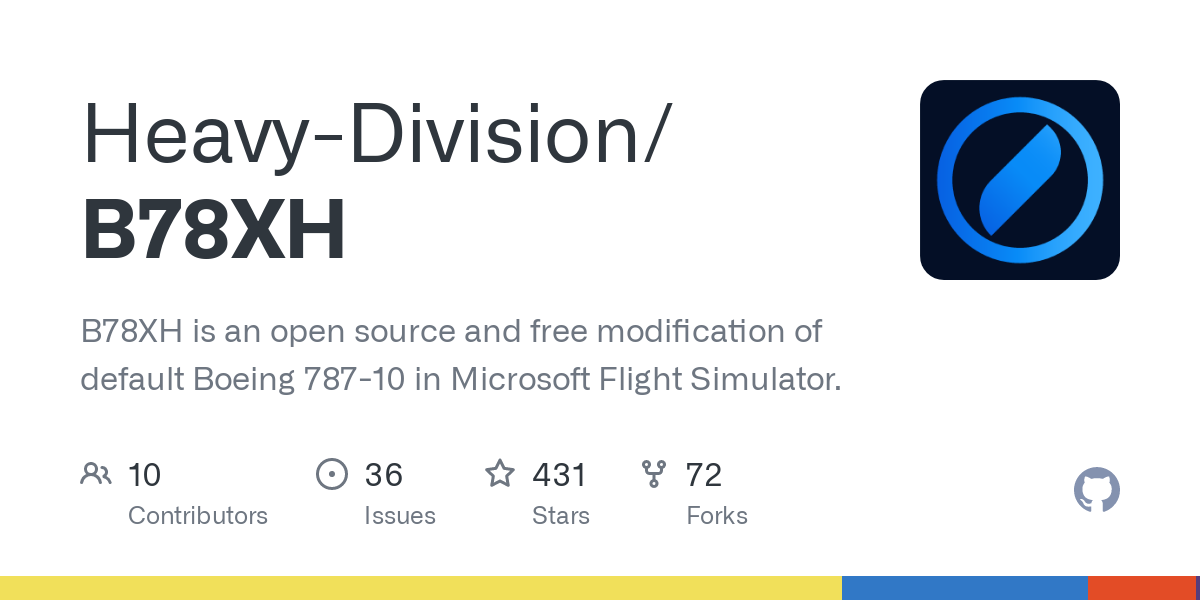 B78XH is an open source and free modification of default Boeing 787-10 in Microsoft Flight Simulator.

I used to fly Falcon 4 Allied Force (F16) and DCS Warthog (A10C) which both are fly by wire as well. Always felt like going back to the stone ages when crawling in those general aviation props in MSFS

nothing wrong there., to each their own kinda flying., i get bored very soon in the fbw
stuff.

I’m not sure who the 2nd person is though.