Set up some base practice at a nice airport without any terrain obstructions and a decently long runway.

If you record your flight using a flight recorder, such as Sky Dolly, once you have done your initial circuit, you can just rewind and fly from final approach over and over. If you are trying to practice landings, this saves considerable time over flying touch and gos and you can practice normal full-stop landings. After braking to a stop, just stow the ground spoilers and re-arm. as well as reset the auto brakes. Then rewind as desired and reset the throttles.

I’m using flight control replay rather than sky dolly, and doing what you suggest creates issues if I reload the replay with the cockpit set up. I’ve not tried a straight “wind it back” though, so I might give that a try later.

I’d be wary of doing something like that with a complex addon like the fenix. Too much stuff can get reset or messed up.

It is a good method with simpler addons though and one I’ve used regularly.

Thanks for your suggestions with this. Did about 5 circuits tonight - starting to get the feel of it and what to look for with the visual approach etc.

I think I’m getting a little better, but still have trouble lining up straight. At the moment I don’t have a separate rudder control so I have my ailerons and rudder mapped to the same axis - which kind of works, but isn’t exactly precision and doesn’t really allow fine adjustment on final approach. VKB T-Rudders are finally back in stock and arriving Friday, so I’m hoping that will make a difference.

Here’s the best of my 5 tonight - much smoother, if still not straight 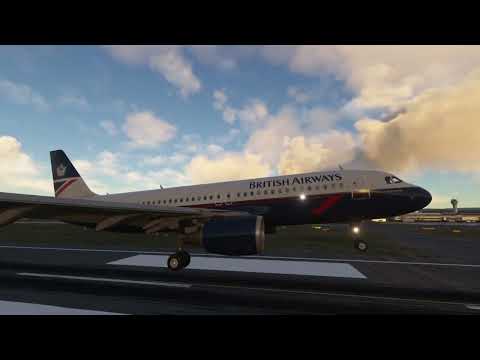 From the default cockpit view position try to line up the runway with the lone button between the two screws on the dash panel. Sorry I can’t remember what the button / annunciator is.

Works just fine with the PMDG 737, but tbh I don’t think I’ve tried it with the Fenix. For just practicing landings, not much needs to be set—just run the landing checklist…

An even easier way to line up, but you need to have access to charts for the airport: just look at the runway’s actual heading (which will be on the approach charts and the general airport layout chart) and make sure that’s the direction your pointing.

During landing? Doesn’t work unless there is no wind and still, flying the runway track doesn’t mean you are tracking the centerline. Applies just as much to using the little screw or button on the glare shield or whatever.

As my first introduction to commercial jets this aircraft is incredible! 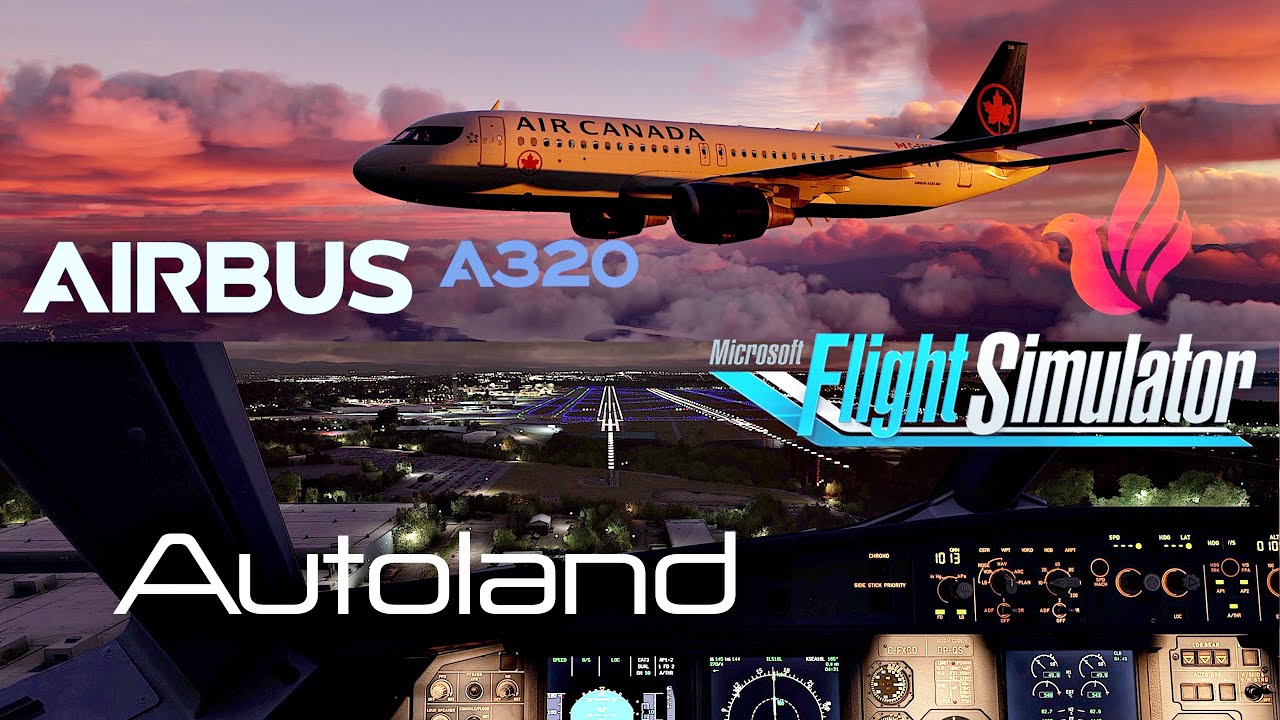 I can’t fly at the moment because the EFB won’t connect. I’m not sure what the problem is. I have internet connection (obviously, as I’m writing this). Fenix.exe is running in the background, and it shouldn’t be interfered with by my antivirus. 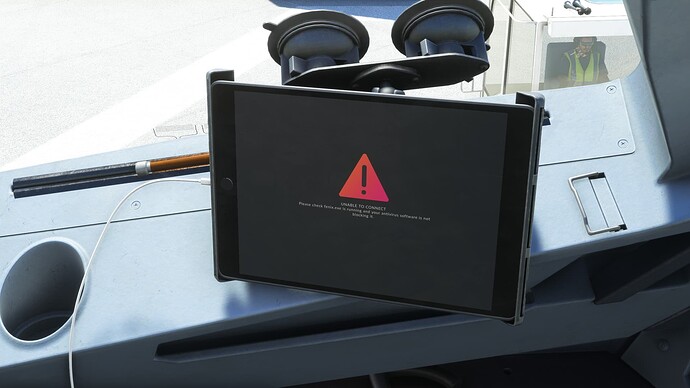 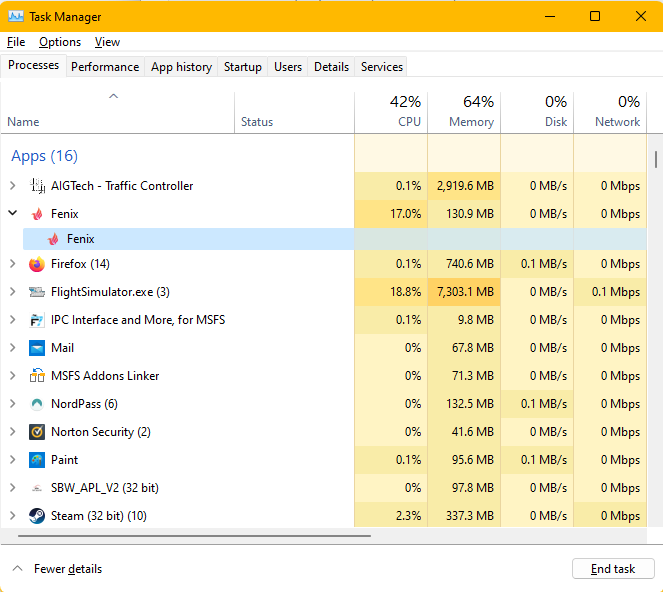 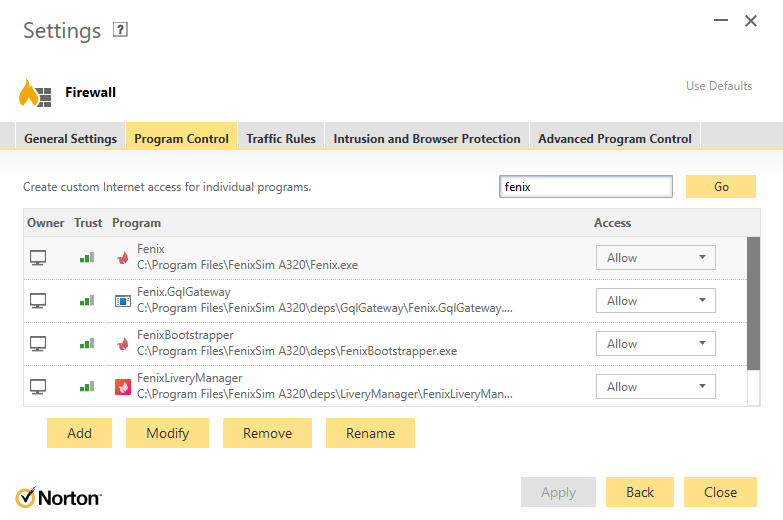 Have you tried restarting Windows?

Yeah, shutting everything down and rebooting did fix it for me. Thanks. 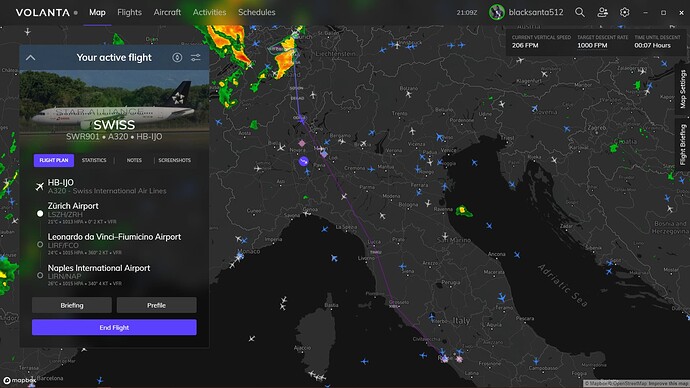 Another perfect flight. It took me a week or so to get my bearings with this plane, but now that I have got a good handle on it…WOW. I love it.

Tried that once a while ago, I found that don’t open the Fenix app first and let it auto load during flight start works

That’s funny. I was just about to conclude the exact opposite. I let it autoload the first time.

Has there been any mention of the MCDU working on an external device like a tablet or phone?

All the other airlines I have can do this (pmdg 737, FBW, Leonardo md80, jf Bae 146) and it’s really the only thing holding me up from buying the fenix.

Has there been any mention of the MCDU working on an external device like a tablet or phone?

This question has been asked often on the Fenix Discord and, as of this moment, I have not seen an official answer from the developers. I imagine it is in the pipeline, but I have zero inside knowledge.

A collection of quality Air Manager instruments built by flight sim enthusiasts for our own personal home cockpits, but shared with the community at large. - Air-Manager/Instruments/A320 (Fenix) at...

Question for you guys here.

I´m getting around 45-50 fps which is pretty good, but i´m always limited by main thread
I use CPUID to monitor my CPU and its usually on 50% or a little more, is there a reason for that since it´s using only half of its power?

hope someone can educate me here