Thanks a lot for your reply. And thanks for spoiling us so much. Haha.

As someone who is bored of the common popular aircraft releases like 737 and A320.
I’m absolutely thrilled our first MSFS release wave of aircraft will be the much more rare aicraft I love the most.

Can’t wait for the Fokker and MD11 also, and I’ll pretty be a happy camper for a long time!

For me it’s the Titan and TNT liveries. When I was 11 years old I visited the flight deck of G-TNTA (I think, it may have been TNTB) at EGAA during the one and only air show there. Titan have always had the best liveries of any aircraft.
When I was a kid, my bedroom looked out over Sydenham (EGAC) and the docks and I used to watch Jersey European, Dan Air and Logan Air at different times, fly in over Belfast Lough and out over the Shipyard. It was so rare to see jet airliners going in there in those days, and then to have them regularly was brilliant. Prior to the 146 the only time I ever saw jet airliners at Sydenham was if there was a problem at EGAA and aircraft were diverted… a 1-11 on a few occasions, and a Trident once!
Many years later I bumped into a group of guys in a bar who worked for Airbus in Bremen and the were all saying how much they loved the 146, one of them even had a “Jumbolino” T-Shirt on.

First the Big Radials Goose and now the JF 146? Fabio gets all the fun.

Anyone know if the upcoming BAE 146 is the same one released in X-Plane last year? It looks very similar.

In case you missed them, there have been several streams showing off the current beta: 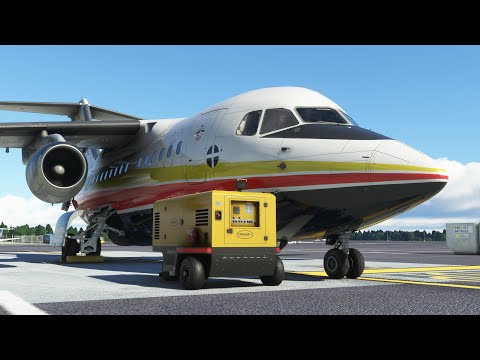 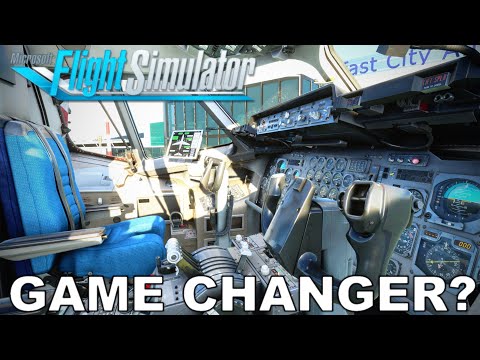 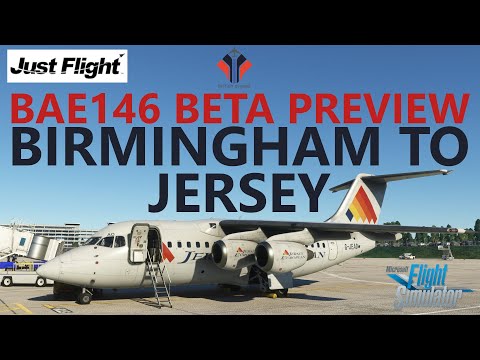 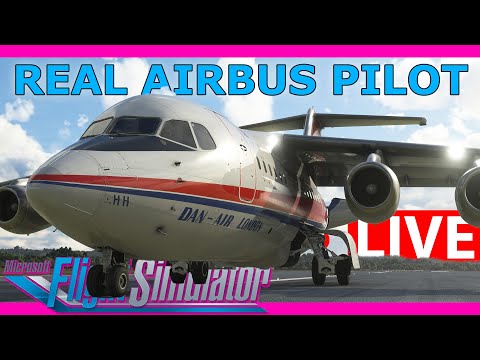 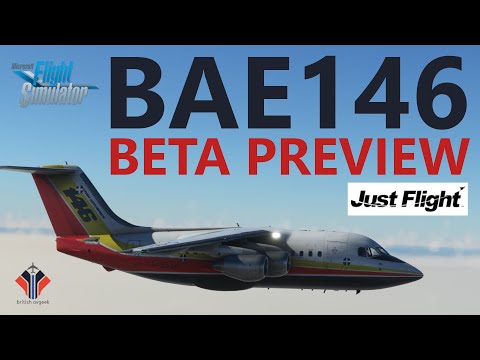 Note these all show a work-in-progress that doesn’t fully represent the finished product but should give you a good idea of the systems depth etc.

Great to see Jersey in there, a personal favourite.

Only just got round to watching the video, absolutely superb.

A minor point, and I’m not sure how practical it is to add, but a heat blur effect at the back of each jet when its running. It wasn’t huge, but was noticeable on the ramp etc

The heat blur is there but maybe more noticeable on some of the other videos.

Ah thanks Martyn. Probably not helped by my watching it on the phone either.

It really is a brilliant piece of work. I’m like a child waiting for Christmas

If it isn’t included officially, it may still make an appearance on release or very shortly after!

Every time I scroll through this forum and see this thread my brain automatically reads it as ‘the Little Jumbojet that could!’ 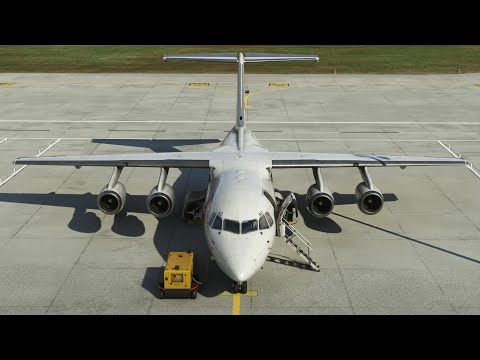 Bit out of my price range really, a shame. Seems Just Flight want to stick to their P3D era prices despite the massively expanded market MSFS brings which is unfortunate.

Oh well, maybe it’ll be in a sale in a couple of years and I’ll pick it up then.

My budget is also with limits, but I will refrain from buying half made aircraft like the Concorde and save up for this one instead.
I tend to fly the cheap aircraft a few times and then they stay in the hanger for good. My hanger is full of aircraft I never fly. Aircraft with detail like this are more of a challenge in the long run. Well worth the price, but I haven’t flown it yet!

It’s probably about right price wise by the looks of things. It’s a huge balancing decision for devs having a higher pricepoint v higher potential mass market reach. Can’t be an easy choice.
Given it’s level of depth, attention to detail and professional tag it seems about right for that level of aircraft. Look on it as how many £15-£20 have any of you (me included) bought that are now sitting neglected in your hanger. For the price of 3-4 of them you could have an in depth aircraft that keeps you busy for years.
I bought the Aerosoft CRJ in Dec, and have flown it so much the price tag now seems irrelevant. Can’t say the same about some other cheaper aircraft.
Just think everyone seems ready to sink a large amount of money on a highly automated 737 that hasn’t been released and that they dont know the price of yet.
Based on the other JF aircraft I already own, I know this one will be top notch, that is a huge selling point tbh.

Hi, Where did you see this? I must have missed it.