Looking forward to the update! Should be releasing today if I understand it correctly?

Great news, thank you! Any chance we might get a GSX profile (or several, given the number of variants) from JF at some stage please?

We’re currently testing some GSX profiles although we’re finding it difficult due to some quirks of GSX itself. We’ll supply the profiles ASAP.

Yeah, that’s pretty plausible, wouldn’t be the first time I’d activate it by accident and without noticing.

Finally I had a chance to try the 146 after the update and it was a great experience. The new EFB is awesome, especially I like the TOD calculator. The performance calculator coming later will be a dream come true. Flyingwise everything worked as expected. Thanks JF!

Just updated the 146, and I wanted to congratulate Just Flight for making this superb aircraft even better. It now seems to handle more smoothly and realistically both on the ground and in the air. We’ll done.
I disagree about the desirability of the TOD calculator. Im no mathematical genius, but it’s such an easy calculation to make, simply take the FL and divide by three. So FL300 means 100nm TOD range for a destination at sea level. Rate of descent to maintain a 3 degree approach, take the grounds speed, halve it and add a nought at the end to give you a rate of descent. So 400kt ground speed, 2000 ft rate of descent required.
It’s easy to recalculate these while making the approach, as in reality, especially with radar vectoring by ATC, or strong winds or re-routeing, its difficult to know the exact distance to touchdown. A good ATC radar controller should update distance to touchdown during radar vectoring. It’s easy in a Bae146 as the speed brake and high drag flaps allow you to easily increase the rate of descent if a little high. An A320/A321 has very small speed brakes and powerful engines on idle coupled with quite a small and highly efficient wing, designed at Hatfield by the same team that designed the 146 coincidentally. The smaller Airbus jets seem to have great difficulty in maintaining a higher rate of descent than 3 degrees, and in my experience often needed extended routing to touchdown if a little high or fast.
I’m looking forward to the performance calculator, but in the meantime there is the following version available on Flightsim. to

✓ Aircraft Runway Performance Spreadsheet is a Microsoft Flight Simulator 2020 mod created by Paul Gale. Download for free to enhance your experience in MSFS 2020.

I disagree about the desirability of the TOD calculator. Im no mathematical genius, but it’s such an easy calculation to make, simply take the FL and divide by three. So FL300 means 100nm TOD range for a destination at sea level. Rate of descent to maintain a 3 degree approach, take the grounds speed, halve it and add a nought at the end to give you a rate of descent. So 400kt ground speed, 2000 ft rate of descent required.

Thanks for this explanation but still, it’s easier for me (and I guess for many other people) sync it with the actual FL and speed, type the altitude I want to descend and let it calculate for me in a second. Yeah, FL300 and sea level destination is nicely divisible by 3. You don’t have to use the TOD calculator, it’s not mandatory.

Also wanted to chime in and say thanks for the great update!

One question though, am I the only one having trouble with the EFB-map? Stays mostly black or sometimes loads one level really slowly after which there is no possibility to zoom.

TOD is wherever I feel like descending, there’s always the airbrake

Very smooth patch, agree there’s some subtle improvements. Haven’t tried my obscure buglist yet but I’m enjoying myself with the aircraft. Surprising what an annoyance having to push the alt sel button every time was now we don’t have to do it anymore.

New FMS will be fun to fiddle with even if I don’t usually use one, it’s a gadget though!

I confirm, the map loads very slowly on the EFB, and when zooming it hangs

Hello everyone, I need some help, start simbrief synchronization with my BAE 146 and following the correct steps I was able to link my flight plans without problems, until 4 or 5 days ago, I can not load my flights in my FMC although my identifier is fine in my EFB and my plan loaded on the screen, in my FMC section my identification is not green, I don’t even have the white identification spaces and when I press the fmc I only get the metric system options, I appreciate any help. 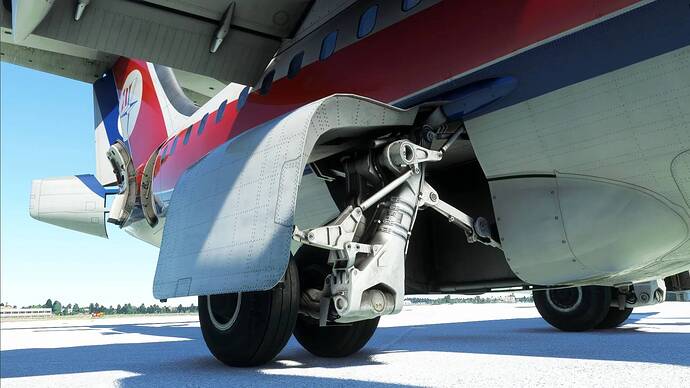 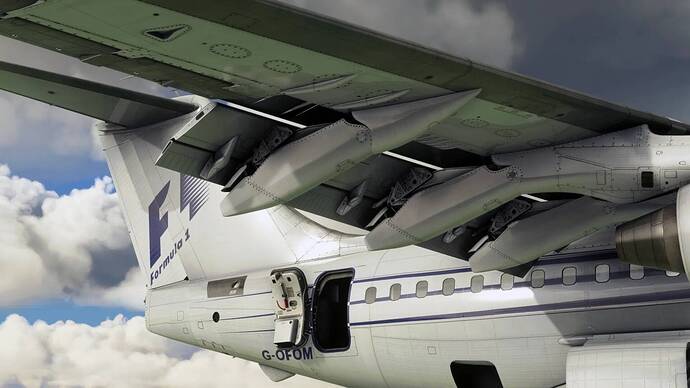 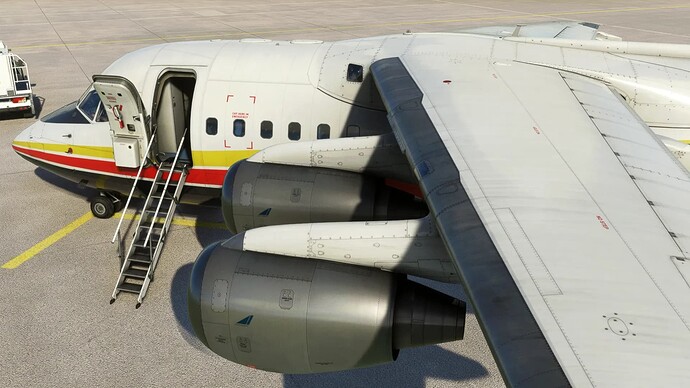 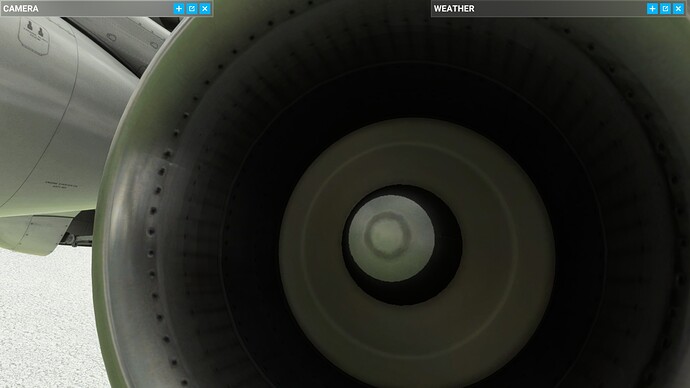 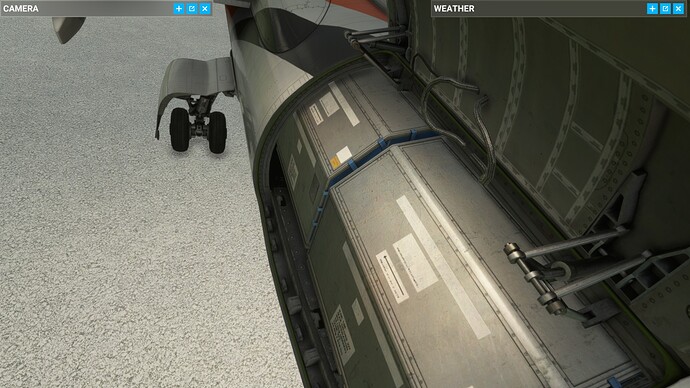 The only other plane that has a brake-fan: 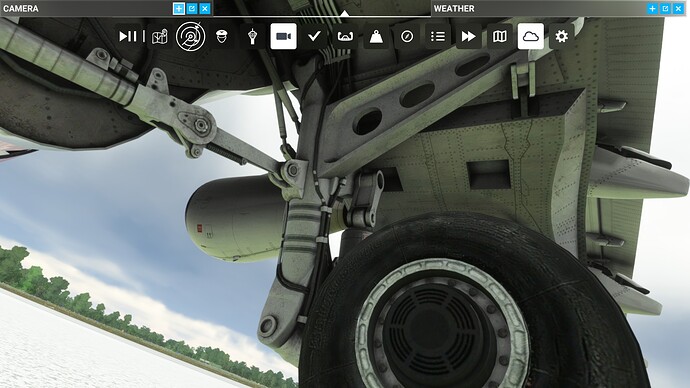 But there is a dark side too

The virtual cockpit has a few ugly distorted switch and knob labels, and a few low polygon objects.
Angular octagonal- shaped low-polygon cable for the radio: 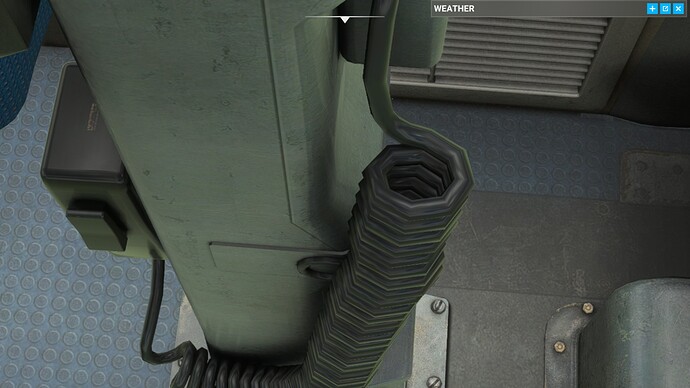 a few heavily distorted switch and button labels in the cockpit: 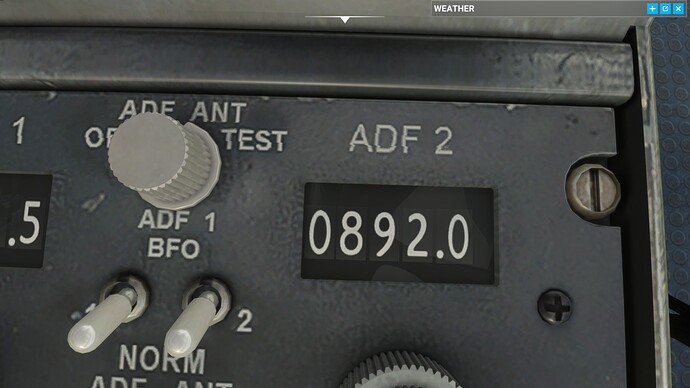 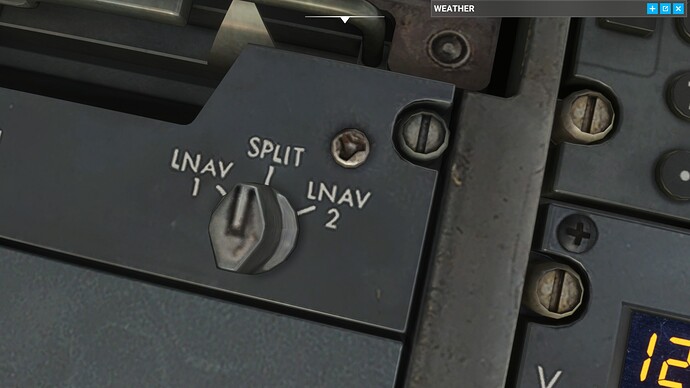 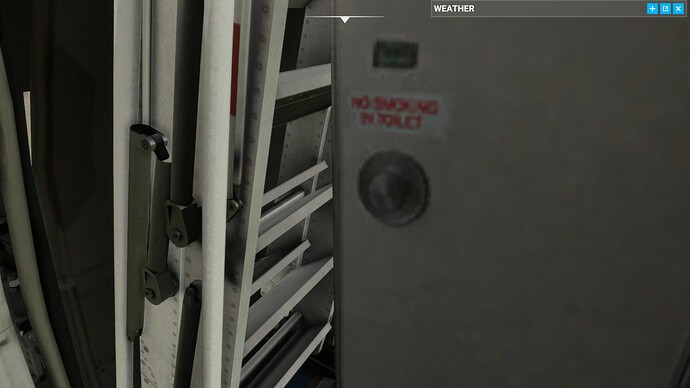 Bringing these few low polygon and ugly-textures cockpit objects that are scattered around inside this otherwise so good looking aircraft will bring this little masterpiece to the next level!

Bringing the interior to the same high polygon and high resolution quality standard as the outside should be priority in the next patch, and this will become an absolute top-notch aircraft. 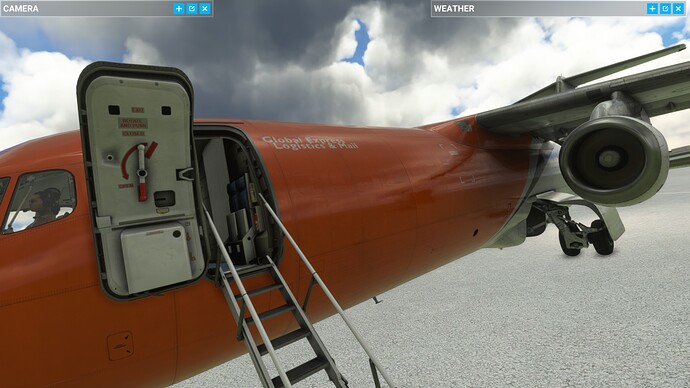 We improved the resolution of various areas of the cockpit a few updates ago but can take another look. There’s always a balancing act between detail, performance and development time.

We’ll have a look at the mic cable but how often do you look at it that closely? AFAIK this is the first comment about it, which probably answers my question.

The cabin was designed to be low-poly and for the exterior model, as you’d find in the PMDG 737, but after tester feedback we decided to make it accessible from the cockpit too. The result is some low detail areas such as that, but we might be able to add some decals to improve it.

With regards to the distorted text, that’s actually a sim issue that’s long been reported to Asobo. All the text looks perfect in the source artwork but gets distorted by the sim. The issue affects other developers too and the only workaround we’re currently aware of involves using decals, which impact performance, so it’s another tradeoff at the moment, although we hope to see a fix soon.

Unfortunately that’s an issue with the map provider which we can’t control, but we are looking at offering other providers as an option, as well as the Navigraph map when that API is available.

how often do you look at it that closely

And how often do you look at it from directly above?

and just the wft

how on earth did you find that??? Slight chuckle moments he brings to these forums…
I mean…
I’ll stop there…

I’m loving this BAe 146 immensely, it has brought back so many memories from my childhood and actually being able to relive them and I hope you keep up with the old-school vibe and tackle the F27 or the HS748 next!!! Or something more slightly new school like a JS32

Just tried the latest build this weekend. Such a great plane and now even better

still waiting after the update was pushed last week. Wish I just bought it direct from JustFlight instead.

I don’t even buy that many planes from in game if I have another option but even just reading about how SLOW they are to push new files is frustrating. Why DO they take so flipping long. It’s outrageous especially when they have Forced a sim update which often requires those 3rd party planes to be updated. They should be available the same day if the developer has already sent it in. Just scan for viruses and be done with it. What do they even test? It’s not as if they care about quality and the developers themselves have already tested it. I doubt they will find any bugs like end users can anyway (like LVAR for polishing the sun visor is not working). They probably only test to see it doesn’t CTD but how long can that really take!

If there is a small error, then an update can always be sent again and be made live quicker than the way they do it now, so the error won’t be there for long. Developers would also be more encouraged to send incremental improvements to them if approval didn’t take so long. That would be much more efficient overall.

Sorry for the rant and off topic but I can’t sleep lol.