I want to sit here in VR… 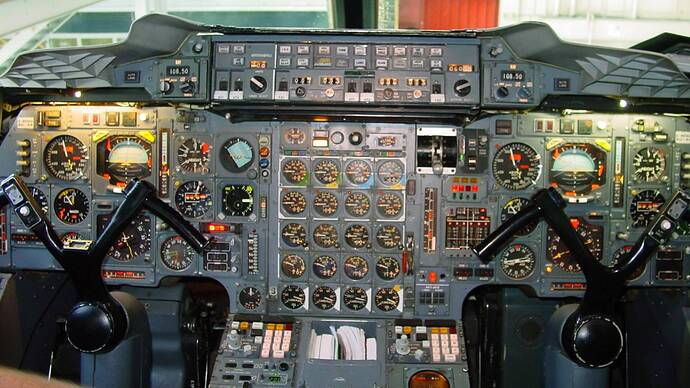 (Photo I took the day after she was withdrawn from service. Sad knowing that she was very much still alive, but never to fly again)

This is going to be amazing…I hope. Owning a few Study Level Concordes I can tell you this bird is not easy to fly on your own, by that I mean with no help… You have 9 way points in the CIVA INS, some add-ons of this plane let you use the FMS or a fake auto pilot, but not many.

Take off is pure stress, tracking VOR’s or waypoints, getting the bird clean, then getting to the acceleration point, balancing the fuel etc etc… Then managing the after burners or (Re heats) .

obviously I am talking from a sim pilot perspective, landing is tricky too, the delta wings dont like to go slow…

Did you fly the Concorde? If so please hook up with these guys and help them or if you were involved with it in some way…Not saying they need it, but the more input the better!!

No I didn’t (alas). I had a relative working for the BA at that time … They did an open day event for certain lucky employees and guests the day after the fleet was withdrawn.

Well, DC Designs doesn’t do study level. As mentioned, it is very advanced to control the Concorde.
Most people rather prefer to have an easy going flight, but lots of buttons to push.
This is where DC Designs actually is.
It suits for most flight simmers.
Have a look on their F-14 or F-15 at least on YouTube, then you see 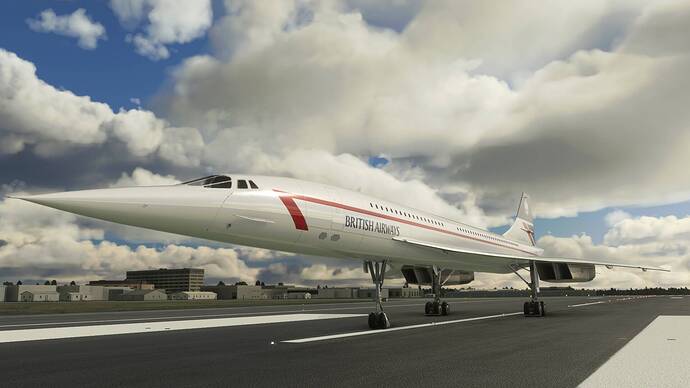 The DC Designs Concorde is not study level, but it also isn’t all that far off it and is far more complex than the aircraft I would normally release. It was very popular in FSX and Prepar3D. Fuel-transfer for pitch trim control, super-cruise, altitude step requirements for cruise climb and many other features unique to Concorde are present and correct, and the flight model is by an expert of long standing at Just Flight who is responsible for many of their aircraft. An INS will hopefully be active this time around, and full autopilot of course for those ILS landings, along with a fully functional engineer station as it was in Prepar3D ( although possibly with more systems active ).

More details will be announced on Friday on my Facebook page. There is a lot to do to bring Concorde up to full MSFS standard, but the project is well underway

DC Designs tend not to do study level. Just check out the F14 and F15. That will give you an idea of how basic the aircraft will be.

My first thought, too. But Dean already answered, that the Concorde is most likely more advanced.

This could be the first additional aircraft I will buy. She‘s so beautiful.

I’m in the same boat and I’ll have some of that. Looks great.

Definitely something I’ll keep an eye out for. Each aircraft has shown improvement from the previous but still work to be done on things like models and textures. Really hope to see those problems ironed out for this plane. It’s such a historic plane that taking the time to do it right is a important thing.

To be honest I can live with what DEAN01973 has just said regarding the systems. I dont really fly the study level Concorde anymore its a huge and draining task mostly. You cant really leave the sim either as you need to do a fair bit en route. If it has the basics and is as he has stated I am in.

At least Dean is having a good go at what I guess must be one of the most complex aircraft around. You’ve got to admire his ambition and I quite like that tbh.

And can I say that I’m not seeing any other devs. tackling this pretty formidable project either. Not that I blame them

It’s very much as you state really: for instance, the requirement to manually transfer fuel ever forwards to maintain proper CoG is present and affects the aerodynamics correctly. However, I also include an “auto” switch that will transfer the fuel for you, in case of interruptions to the flight ( phone call, knock at the door etc ) so that you have it covered and can leave the aircraft. The step climb sequence must be followed by-the-book or she’ll never make Mach 2, and even then just like the real airplane, the DCD Concorde only really reaches maximum performance in the later stages of the flight ( max alt, max velocity ). Having to think about slowing down when you’re still 200 nautical miles from your destination definitely gets your attention

The INS I am hoping will be active, and CodenameJack’s immense efforts with autopilot in the F-15s and F-14s will be coming to the aircraft so there will be reliable ILS, VNAV and other features included.

To be honest, I’m immensely excited to be working on Concorde. It’s almost two years since the original release, and I can see so much that can be improved across all fronts with what I’ve learned in the time since, and of course the amazing simulator we now have. If I can hit the spot in the same way the Tomcats have hit the mark for fighter aircraft fans, I’ll be happy.

Too bad, this plane starts very badly, on the wrong foot, it leaves with the bad livery. If only it was with this one. 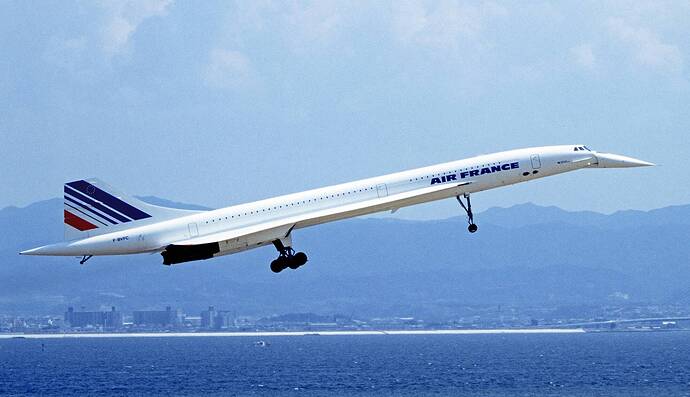 That livery will also be included, along with the Singapore Airlines livery

Both liveries are beautiful…why get into that level.

because the concord is more french than english!!! mouhaaaa it’s only a story of chauvinist, it’s like for the story of the Mont Saint Michel, it belongs to the Norman or the Breton:

I have no doubts it will. And I applaud you for your openness. I cant wait for this to be honest. I dont usually advocate simplifying planes and I am by no means saying that in a derogatory way, but this plane is a real handful…for me at least. So toning it down slightly isn’t a bad thing.

From my limited experience with the Colmita etc, the plane has an ILS and can lock on to VOR etc, not sure about ADF I cant remember now…

Are you going to include a way to use the default Flight planner to allow us to follow the route or will that be strictly CIVA INS. Again for this plane I personally would not hold that against it, I wouldn’t want to see the GNS530 in the in pit lol but a background AP sort of… I dont know, but I look forward to this.

For those interested here is a video of FlightDeck2sim (real 737 pilot) flying the Concorde in XP11. You can see how hard it is and even he struggles a little… He also practiced a fair bit I think. 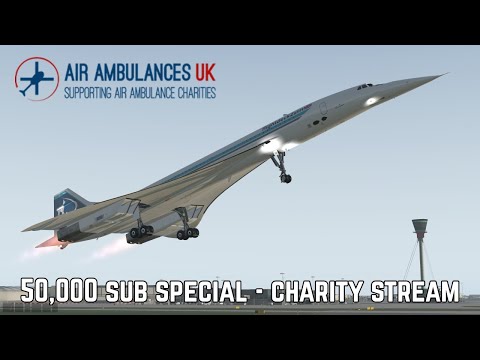